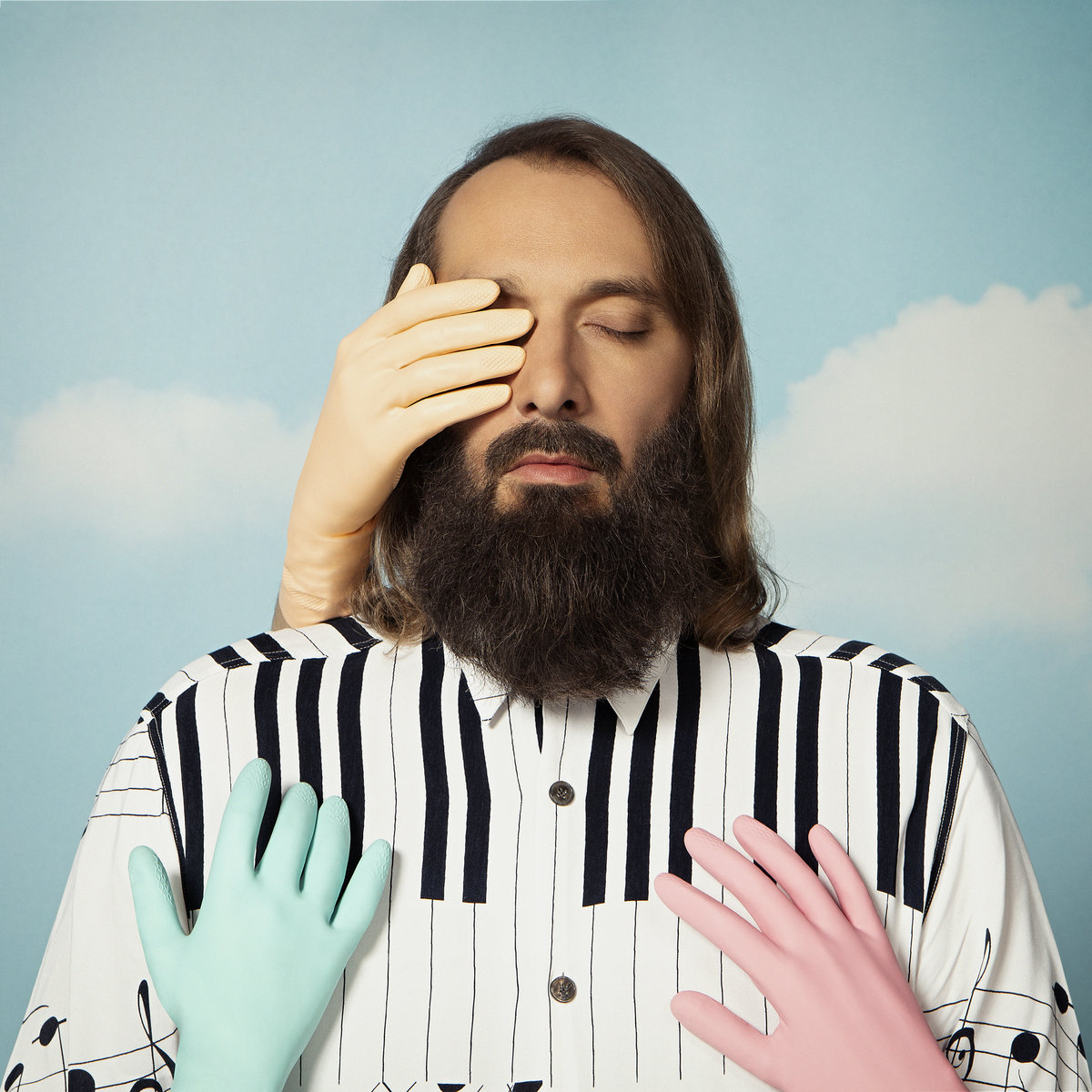 Six years ago Sébastien Tellier took us on a colourful, sexy and tropical journey with his Brazil-music-inspired album L’Aventura. The French musician’s extravagant personality – which see-saws between the magnificent and ridiculous (watch his 2008 Eurovision performance for evidence of the latter) – worked wonders on the previous 2014 record. However, the 45-year-old has returned with ‘Domesticated’, an album that’s apparently inspired by his recent paternal home life rather than an overseas holiday, and it’s an LP that unfortunately falls into the ridiculous category. Tellier has swapped his warm Franco-sensual vocals with cold autotune, traded music that was adventurous with the prosaic and introduced uninspiring lyrics that attempt to be quirky but come across as both confusing and dull.

The autotune is heard immediately on opener ‘A Ballet’, which doesn’t get Domesticated off to a great start. There are some nice moments of saxophone, seaside atmospherics and lounge bliss but every time Tellier processed voice emerges, it ruins any of the goodness. This would have been better as an instrumental track – which really is the case for the majority of the album.  ‘Oui’ has to be one of the worst examples of the autotune. Like the aforementioned ‘A Ballet’ it has moments of nocturnal calm, but the vocal pitch is slid from high to deep so excessively that it makes the producer comes across as a man without ideas.

‘Domestic Tasks’ is the only time that the autotune works because the whole track is made to sound distantly mysterious with a slow steady pulse propelling it forward. Around the 2-minute mark, we briefly enter a techno hell with lasers firing at screaming souls. It’s a disturbing moment but considering the bore of the rest of the record, it’s actually positively inventive. The song also has a mildly intriguing narrative about aliens observing the domesticity of the human race. The lyrics don’t compliment this interesting idea though. Tellier sings: “A spacelight will land in the field of your heart tonight”. Eh? Come again? could be the response to this lyric for most listeners. With a similar feeling of bewilderment for most of the lyrics on Domesticated, until the point where you stop caring.

There are many times when one can’t quite hear Sébastien Tellier’s words within the filtering or because it’s in a foreign language, but once you find out what they mean, it’s really not worth the intrigue-filled investigation. Like in the case of the French-language ‘Oui”: “Girls, boys, feelings, desires. My first lady I move towards you. And under the bells, we say yes, yes.”

The worst lyrics are on ‘Venezia’. Accompanying its Beverly Hills Cop-meets-Chromeo sound are the words: “Scatty city made of Lego. A syrup into the Lido. Gondolas trip to mare a lago
Jumping the waves smiling to gogos. At the BK I took a combo. So when I puke it’s like a rainbow”. And this year’s award for the most desperate attempts at rhyming go to… It’s also rather ironic when a sound clip of a praising audience crops up around the 2:40 mark. In addition, the last three tracks are just as poor, with the only compliment being that ‘Atomic Smile’ vaguely recalls the more sugary dreamy moments of M83’s Junk.

Domesticated contains one good track and even that particular track is far from flawless. Perhaps Sébastien Tellier writes better music when he’s more inspired by other cultures rather his own domestic surroundings. Home life doesn’t suit him.