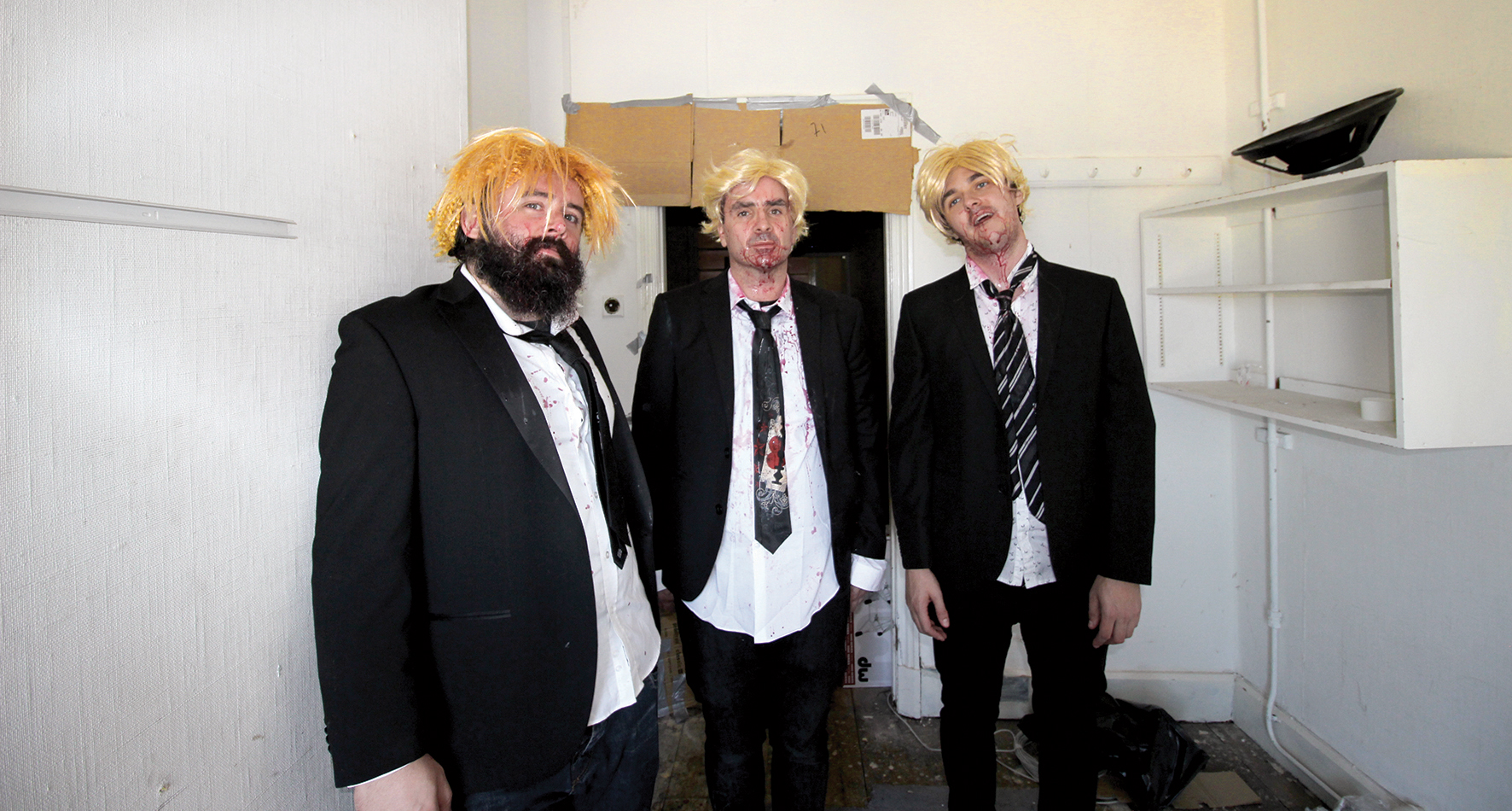 Blackpool based punk-rockers Those Fucking Snowflakes are due to release their second EP Straight Wealthy White Male Suffrage on the 19th of June. The lead single from their EP ‘Only Weak Men Fear Strong Women’ will drop shortly and we are excited to premiere the song and music video. Filmed during the UK lockdown they had this to say about the project:

“All the lyrics for Those Fucking Snowflakes are rants about things that have annoyed me. I’ve had issues with depression and mental health most of my life so I’ve never been great a great talker, unable to tell people things that bother me, so the band was a way to just get into a room and shout about these things with like-minded friends as a form of therapy. It really does help – I recommend starting a ‘therapy punk band’. It’s why we will never release a ballad, not enough therapeutic yelling.

I like to think I coined the ‘Only Weak Men Fear Strong Women‘ phrase, but I’ve literally just googled it and it’s appeared elsewhere so I’d probably seen it and stored it at the back of my mind, I’d likey seen it on a t-shirt somewhere, I’m not going to take credit anyway. The song itself is a straightforward rant about things other Men do that I find embarrassing – comments about getting back in the kitchen, assuming it’s okay to grab someone, incels moaning about being ‘entitled to sex’, abortion laws, general male insecurities. It’s all just really backward to me, people should be judged on merit not race, gender, sexuality, or anything. I guess writing it in a song was more productive than endlessly arguing on twitter. The line about ‘Have Fun in Prison Harvey Weinstein’ was added on the day of recording, it was not an easy line to squeeze in last minute.

Our EP was finished a few days before lockdown, so although it could be mixed by Shaun at Rec whilst isolating it created issues with making a video. We do all our own artwork and videos. We knew this would be the lead song as it’s one of our favourites and the only one with clean lyrics, so we thought we would ask all the strong women we know to do the video instead – inviting them to say or do what they wanted and edited it together, the concept works better for the song than anything we could have done ourselves anyway. One of the performers sings whilst doing pull-ups, I go to a gym and I can’t do one pull-up let alone sing whilst doing it so that proves I’m not stronger just because I’m a man.

The EP title was inspired by some red-faced dinosaur ranting on Facebook about the film ‘The Last Jedi’ featuring ‘too many lead female characters’ – and how the ‘woke bullshit’ was causing straight white men to become a minority and they will soon ‘no longer be allowed to vote’. I mean, it’s a sci-fi film. Madness. These people exist, they actually exist – they are not fictional characters they are out there in the world, wandering about, eating vegetables like any other normal person.”
Check out ‘Only Weak Men Fear Strong Women’ by Those Fucking Snowflakes below: