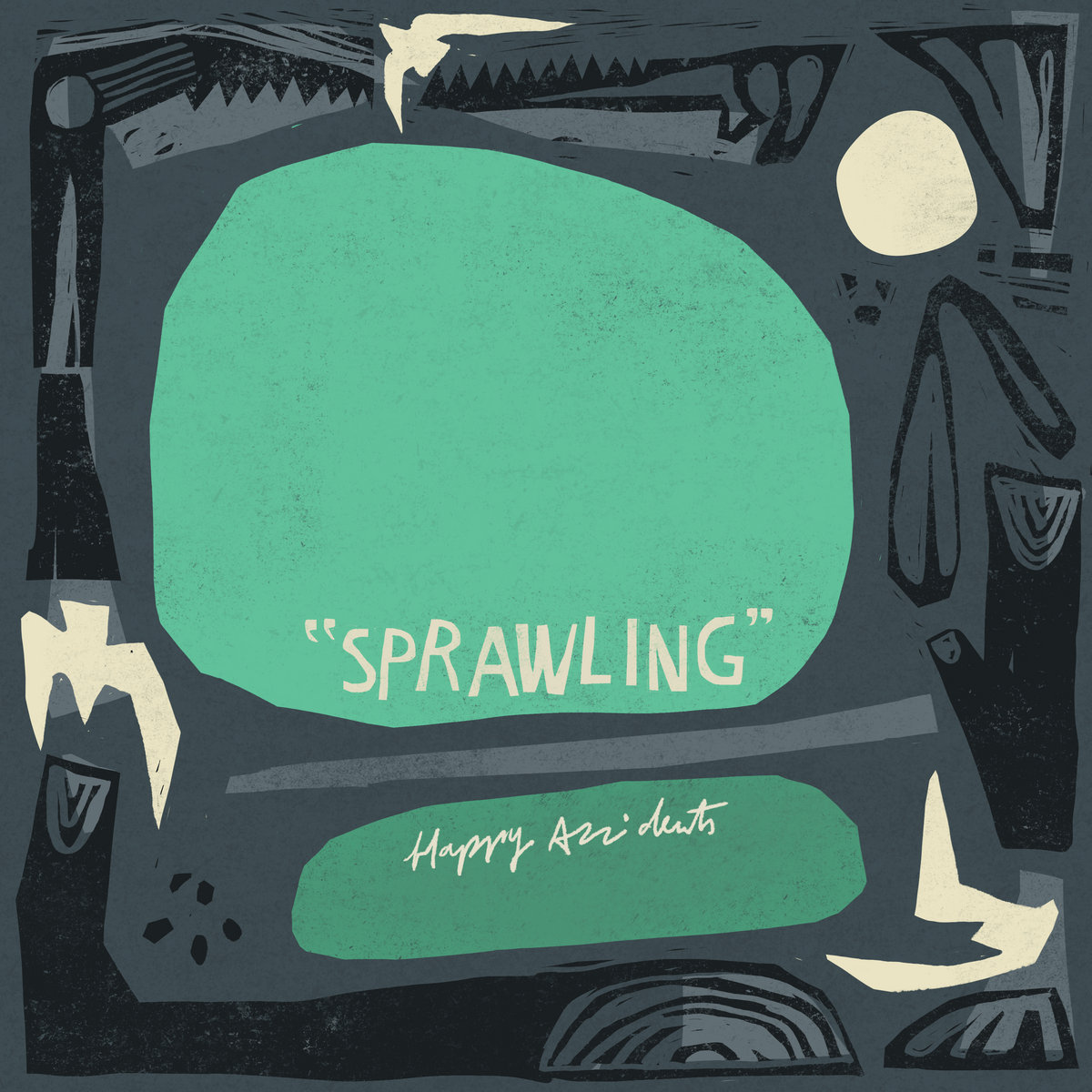 There is a predilection for bands consisting of just two people to try and make as much noise as possible. To tub thump and thrash their axes turned up to 11 as if the addition of a bass guitar would mean they could dial down on the energy and effort.

The path Happy Accidents have decided to tread since they lost their third member last year is to strip everything back to its meat free bones and build with the drum, guitar and keyboard with only what is necessary and often only a bare minimum is required. Vocals are vital and they complement and contrast to a Jamie T in one corner and Lily Allen at her sweetest in the other.

All well and good if you don’t have the songs but what works best is that the isolated melodies stand tall with just their voices, tempered drums and trebly arpeggio guitar hooks and lines.

‘Whole‘ has the beautiful, almost pleading “swallowed you whole” refrain that are harmonies at points and then repetitive mantra from Phoebe under Rich’s laconic, slacker lead vocals that rise and fall, that in other throats, the nasal quality could be irritating but in his mouth are a snarl that maybe shouldn’t work but in fact sits perfectly with Phoebe’s angelic singing.

‘Grow’ is simply one of the most exquisitely formed pop songs of the year, pitched millimetre perfect with a melody that will stay in your head for weeks “with all the seeds I’ve sown/will they ever grow?”.

It can’t be overstated that the simplicity of these songs hang by the thread of their brittle, glass delicate vocals. ‘If I Do’ is pure, simple minimal drums, slightly distorted guitar giving it just enough bite, and the odd piano chord to add to the melancholy. It builds and builds and maybe it will collapse into an epic wig out but instead it ends on almost a Capella vocal.

‘Sparkling’ moulds beautiful and bleak minor chords with brass to create a paradox but a universe they are made for. Taking their previous albums of pop punk this is a different step but I definite step up.

To be able to produce such intricate simplicity, which is as much about what isn’t there as is, takes time, patience and perseverance. Or it could have taken them no time at all and they are just naturally in sync and able to craft faultless pop songs which this record is crammed full of. There is also a welcome lack of sheen, production is minimal allowing the rough edges to give them charm and a rawness that is so lacking in many records these days.

‘Inside’ threatens to take off and soars majestically without overdoing it and flying too close to the sun. There is a notable restraint, to allow the songs to speak for themselves and not overdo or overthink anything.

‘Comet’ brilliantly evokes a clear night sky and a shooting star. Coupled with Rich’s broken and emotional vocals to the point where it seems he has to talk because he can’t sing the words anymore. A lump rises in the throat.

Usually the departure of a band member can be to their detriment, but if anything, they have taken a step back and played to their strengths.