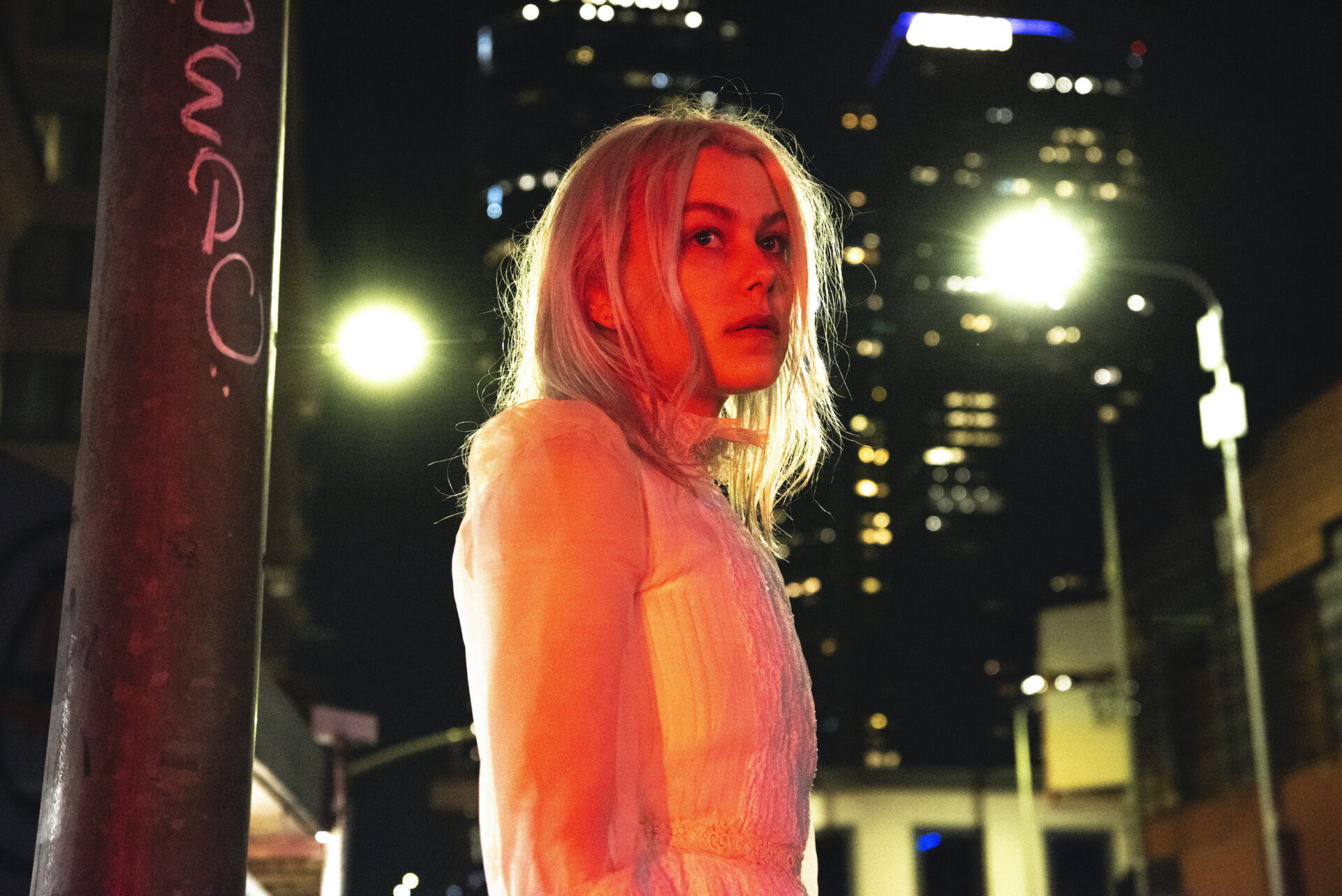 She snuck a couple of new unheard tracks in at the end of her Roundhouse set, when headlining 2019’s Mirrors festival, so Punisher certainly falls into the Much Anticipated Album category.

A prolific songwriter with boygenius, and of course Better Oblivion Community Center, it’s been almost three years since Phoebe Bridgers’ debut Stranger In The Alps was released.

Hopes have been high, with early singles hinting at great things. Punisher does not disappoint.

After a brief instrumental, the album ’Garden Song’ opens, introducing clean guitars, dark bass wind instruments and smooth organic percussive work that presents a track that feels like a natural bridge between Stranger In The Alps and this.

’Kyoto’ is an upbeat pop song, coloured with lush production and bombastic drums. It is a track that neatly captures Bridgers’ craft: an ‘Ooh’ after the second chorus is cute on the surface, but crystallises the authenticity of the way Bridgers writes and records; she pours her soul into every moment.

Phoebe is renowned for her unapologetically honest lyrics and in ’Punisher’ her artform is hauntingly rich, supported with emotively produced piano. Her expressive vocals are delicately shared on this. This track lends the album its title; it is sublime.

Connor Oberst pops up with low key chorus backing vocals adding to the understated brooding atmosphere on ’Halloween’, before Chinese Satellite offers a thrilling crescendo to mark the midpoint of the album.

In ’Moon Song’ we get a glimpse of Phoebe at her most intimate, a slow meandering hush of a song, you can only wonder at who prompted the line “So I will wait for the next time you want me/Like a dog, with a bird at your door”.

Phoebe has the habit of pulling an upbeat chord out of nowhere in the middle of a sad progression and when she does, it transforms what could be an ordinary ballad into an upliftingly morose triumph.

Greater prominence afforded to trumpets, upright bass and violins on this album add depth to Phoebe’s songwriting. The violin melody that opens ‘Graceland Too’ is so deeply expressive it is a delight that it continues to underscore the track as it progresses.

In ’ICU’ Bridgers stretches relationship boundaries with the superb lyric “I hate your mom/I hate it when she opens her mouth/It’s amazing how much you can say when you don’t know what you’re talking about”.

Punisher concludes with ’I Know The End’ a song in three parts: soft acoustic lament/gentle radio friendly rock/metal opera that is an outstanding piece of creativity.

Punisher is undoubtedly a more mature record than the beautiful Stranger In The Alps, but Bridgers’ playful personality courses through Punisher in the lyrics, melodies and non-instrumental flourishes.

Punisher is a graceful, elegant and confident record that firmly cements Phoebe Bridgers as one of the most important artists of this generation.

Punisher is available from Friday 19th June on Dead Oceans