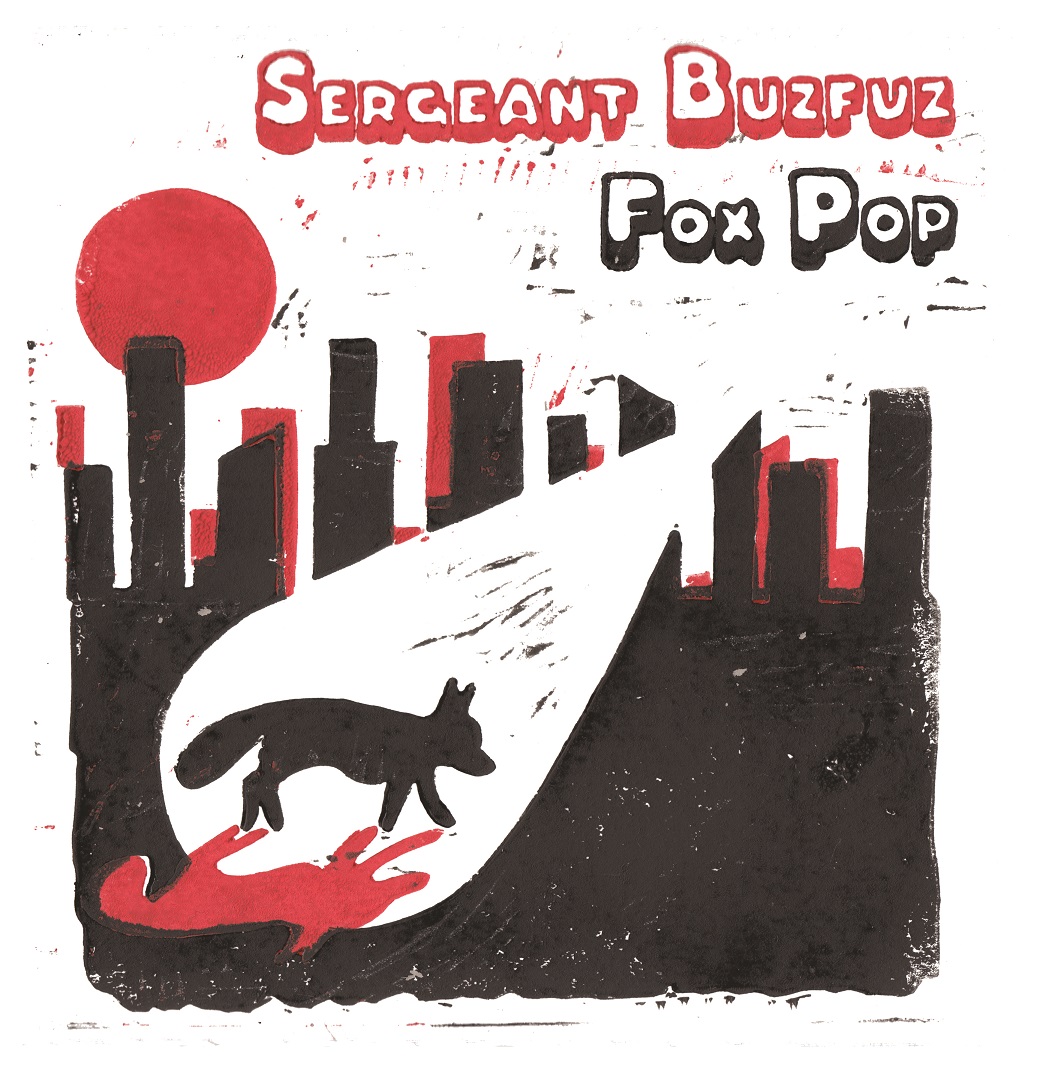 The vibes on Sergeant Buzfuz‘s latest long player are so steeped in the 1960s that I decided to zonk out on the settee to it in the evening, and return to reviewing it in the jingle-jangle morning…

To be fair there are more modern references to be found. ‘Theresa McKee‘, for example, recalls early Belle and Sebastian (think ‘Me And The Major‘) and perhaps even Moldy Peaches, but for the most part, Fox Pop has the very English charm of a Syd Barrett solo album, and a host of melodies that recall the wistful observations of The Kinks or The Small Faces. Indeed, ‘Who Art In Seven Hills‘ appears to be an obvious nod to the Stanley Unwin passages on Ogden’s Nut Gone Flake, with words from ‘The Lord’s Prayer‘ substituted with places from frontman Joe Murphy’s native Sheffield, before ‘Rare & Racy‘ sends everything swirling into something approaching a music hall knees up. You don’t often hear songs that remind you of the New Vaudeville Band these days, but that’s as near as you’re ever likely to hear!

‘Clouds In Your Eyes‘, by contrast, is something straight out of The Velvet Underground and Nico territory – a druggy sounding high, if you will – while ‘Rear View Mirror‘ is more reminiscent of Jonathan Richman or perhaps even Patrik Fitzgerald if he’d ever bothered embellishing his songs with a full band.

‘Fill In The Blanks‘ is Dylan meets Buzzcocks or Magazine, and is an obvious standout on the record, resulting in a performance not too far away from Australia’s Rocket Science, and that can never be a bad thing. ‘Your Time Is Tomorrow‘ is brassy sixties folk-punk at its outset but starts sounding like Jefferson Airplane if they were playing songs from the Donovan songbook. It really IS that all over the place, yet somehow it works.

Add to that the Hollies-like single ‘Theresa McKee‘, a breezy number that also harks back to The Hidden Cameras‘ 2004 album Mississauga Goddam, the feisty, angular opener ‘There’s Idiots, Then There’s Idiots With Money‘, and the impossibly cheery curtain closer ‘Back To The Willow‘, and it all adds up to a very satisfying listen that seems to be over barely 10 minutes later, even though in reality it lasts slightly over half an hour. I guess that’s a good thing though, right?

FoxPop is out now on Blang Records.