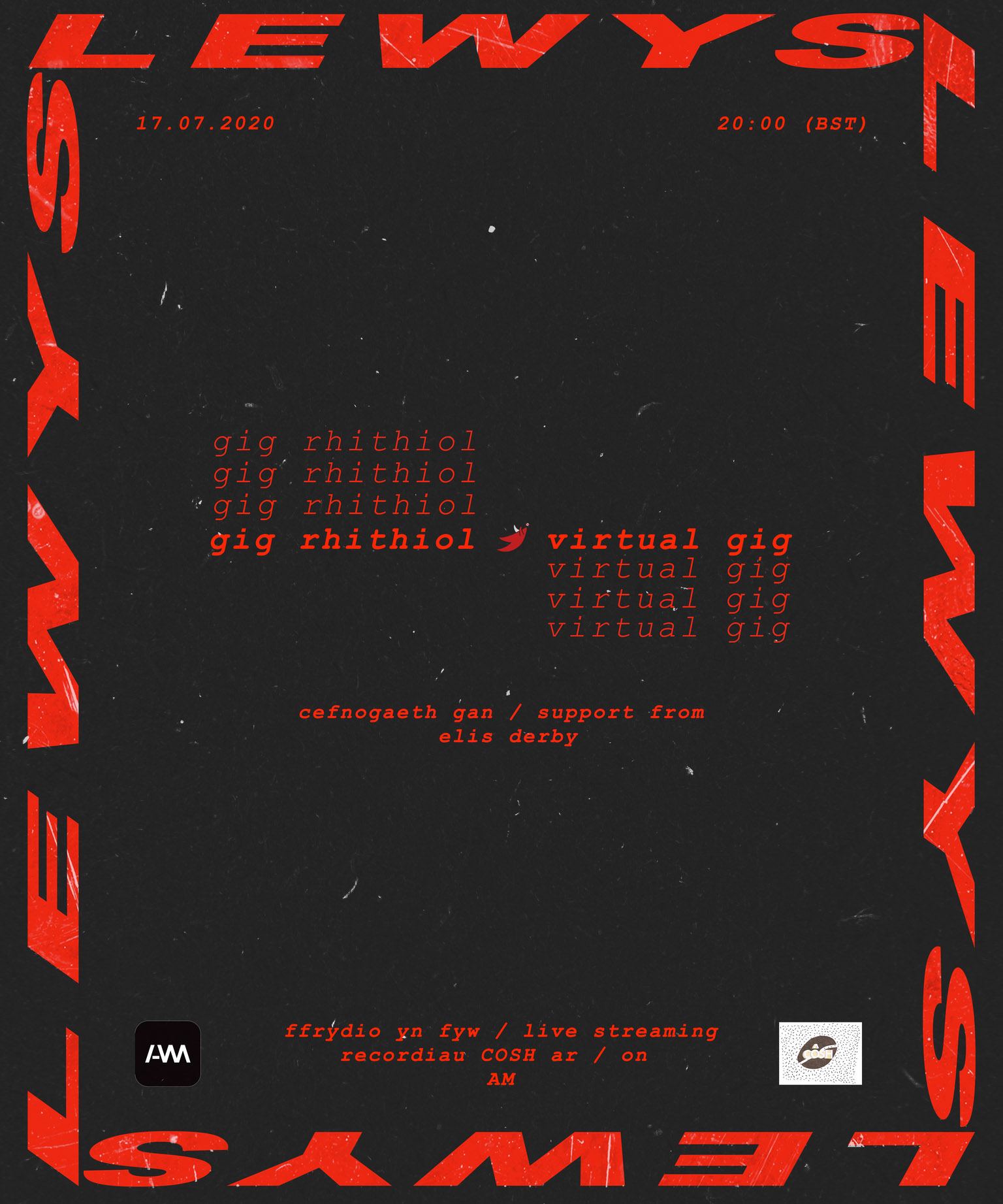 North Wales-based band Lewys have announced a new virtual live show to promote their debut album Rhywbryd Yn Rhywle.  With support from Elis Derby, the band plan to perform the album in its entirety – a must-see for any budding fans.  The show will be broadcast live through Welsh arts showcases AM via Côsh Records on the 17th of July at 20:00 GMT.  Lead singer of the band, Lewys Meredydd, had this to say about the event:

“Although we’ve made an effort to promote our album over the past couple of months, it’s been a while since the four of us have been able to come together to play properly, so we’re definitely looking forward to this one.  We wanted to ensure that this was more than just a Livestream, but a virtual gig, with a professional production in all aspects.  It’s something that hasn’t really been done in Wales up until now, so we want it to be special.”

The event will be free to watch, however an option to donate to the band and their production company will be available for those who wish to offer their support. Aled Ifan, the production manager for the event says:

“It’s a difficult time for the music industry worldwide at the moment.  Musicians rely so much on live performances for income, and of course, that isn’t possible.  A ‘virtual event’ may not be the same as the real thing, but it will hopefully fill the gap until live gigs are back in motion.  We’re very grateful to AM for letting us use their platform to broadcast the event, a hope we can work with them again in the near future to host more events like this one.”

Tune into Côsh Records‘ channel on the 17th of July at 20:00 to catch Lewys’ live show, their debut album Rhywbryd Yn Rhywle is out now via Côsh Records.