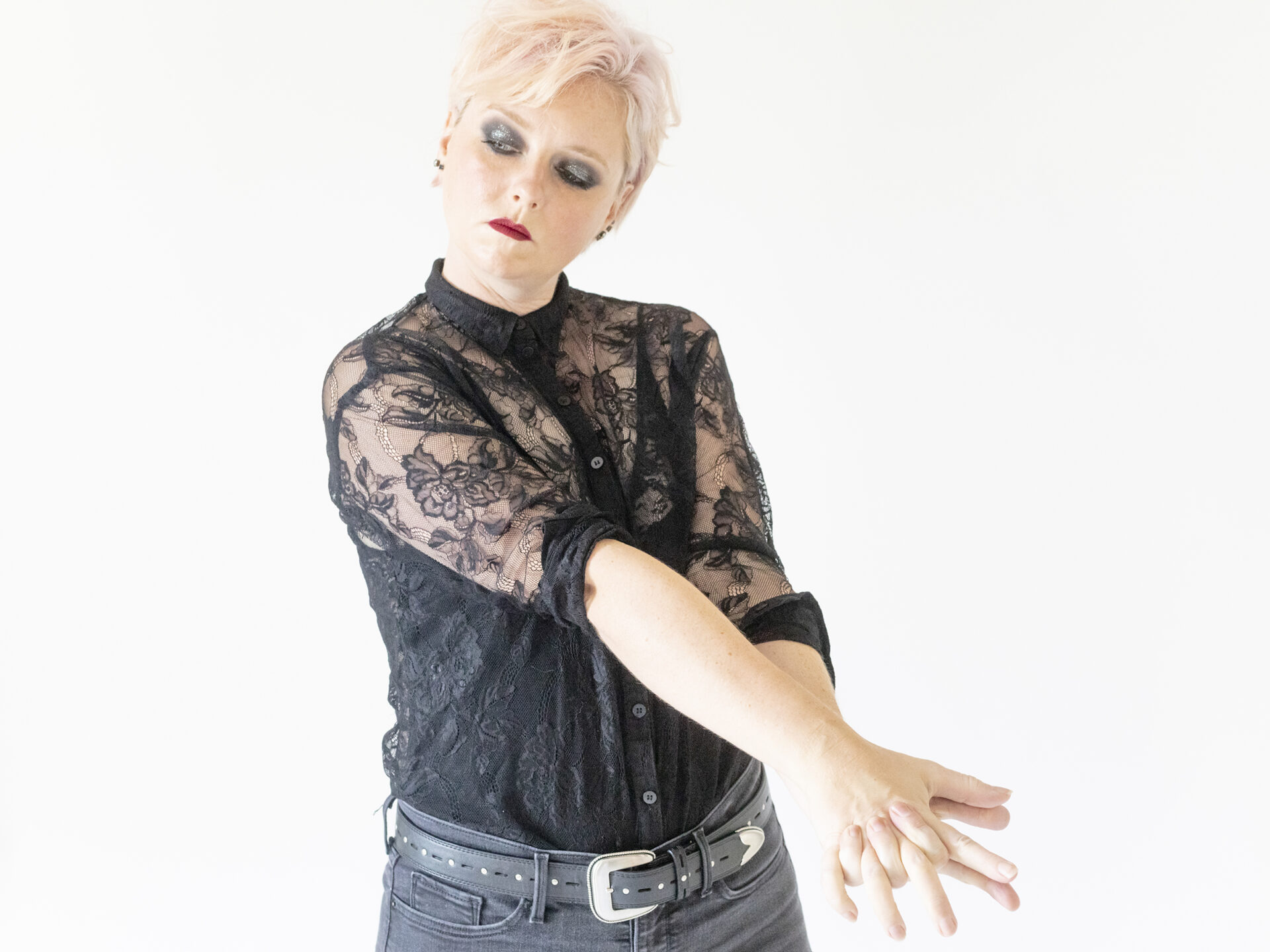 Having formed in 2018, St. Lorelei have in the last two years or so developed and honed their sound and style, with many of their songs influenced by an array of artists ranging from The Breeders and Julie Cruise to Patsy Cline.

The band, made up of frontwoman and song-writer Jo Morris, drummer and percussionist Steve Walkup, lead guitarist Alec Vance, bassist and backing vocalist Marcus Bronson and keys player Philip Cooper, are currently gearing up for the release of their album “Beast” on October 30th, and to tease the new collection, they’re sharing new single ‘Outside The Green’ which GIITV are proud to premiere.

While many artists tend to write songs about the here and now, the real-life moments we all experience and the like, when it came to ‘Outside The Green’, Morris found a rather unique source of inspiration – the classic film The Matrix, which she watched on repeat for a week. When asked to delve a little further into the creation of the song, she says: “The first line came into my head after sitting, breathing for a while, and after a week-long depressive binge fest of The Matrix – not the sequels because I can’t get behind those Gucci-esque model-looking Agents after the first one. Our skin is literally a coded sequence, the corporeal world and the air we breathe. In The Matrix, all the coding and the color-scheme is in green- what “makes sense only in green” leads to “who are you outside of the green?” Who is Neo outside of the green? Who are we outside of our technology and our own media and real-world presentation? Is it more liberating to be able to present inside the green or outside? Are we even our same selves between the two?”

She goes on to add: “What’s fascinating is recently learning that the director and co-director of The Matrix are both transgender women and intended the narrative to be about transformation, with the possibility of being transgender between worlds. What is such a thin veil is whatever corporeal binds that keep us locked into what we think we’re supposed to be, the shell we’re born into and the social norms we’re to uphold. I’m not sure if the truth lies within the green or outside of it, but perhaps it is within our own grasp to code ourselves and our intentions. The phone rings inside room 303– it’s up to you to pick up the phone and pronounce yourself. I am Neo.”

St. Lorelei · Outside The Green