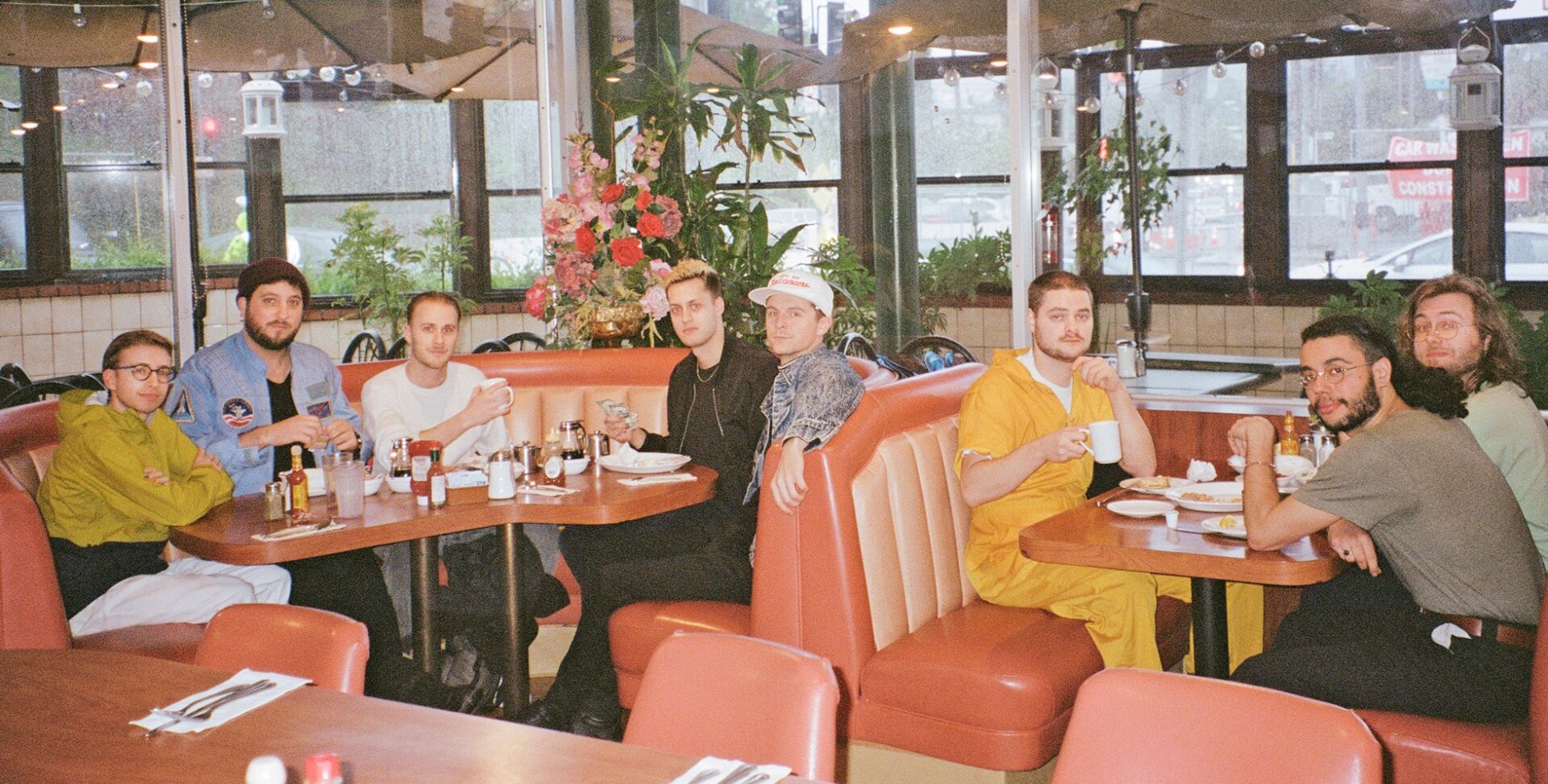 Sometimes you can genuinely tell just how much time and effort has gone into the making of a record just by listening to it. Such can definitely be said of “Eddie”, the sophomore full length album from Busty and The Bass, which was released last month. In their time together, the band have played a number of international festivals, sold out venues across North America and all the while, made and shared music that uplifts and inspires. GIITV caught up with the band to find out more about the creation of their new album and how they’ve been coping during the Corona Virus crisis.

For those unfamiliar with you and your music, exactly who are Busty and The Bass? How would you sum yourselves up in a few words or a sentence?

We’re an eight-piece band from Montreal that makes all kinds of music.

Your new album brings together 50 years of soul, funk and jazz history – what is it about those genres in particular that you like so much?

We’re heavily influenced by the lineage of Black American Music. We owe our careers to the Black artists and innovators in popular music from jazz to funk to hip-hop. Whether it’s the soulful vibe, the rhythmic depth, or instrumental mastery, there’s a lot to these styles that has inspired us to make the music that we do.

Is there a particular reason why you chose to name the album “Eddie”?

At first “Eddie” was a character in one of the songs but he quickly became a representation of our younger selves and we started thinking of the album as a mixtape for him. Something we thought a lot about while making the album was what we might have needed to hear 10 years ago, and what our future selves might want us to keep in mind now.

The album features some fairly well known and established artists including George Clinton of Parliament Funkadelic and Macy Gray. How did you get them involved in the project and what can you tell me about the tracks they feature on?

We’re stoked to have so many artists we look up to appear on this album. We actually had our first interaction with Macy a few years ago – she shared a cover video we made of her song ‘I Try’. Since then it’s become our favorite song to close shows with. The song she sings on, ‘Out of Love’, actually started as a remix idea our trombonist Chris had. He sent our singer Nick the song and Nick wrote some lyrics and brought it back to the band.

What did Grammy award-winning producer Neal Pogue, whose catalogue of work includes albums by Outkast and Earth, Wind and Fire, bring to the creative and recording process?

Neal brings a beautiful vibe to the studio and was a creative guide for us throughout this album’s process. It’s been very cool to work with someone whose catalogue includes so many artists we love. He’s also an incredible mixer, and he’s able to envision and craft the sonics of the finished product really well.

Is there any particular message or theme to the album that you hope listeners will connect with?

I hope they feel connected to their youth, and the honesty and joy you can get from music and life that as adults I think we often forget.

You’ve been championed by the likes of MOJO and The Line Of Best Fit, but does acclaim or praise like that actually mean much to you, or are you more concerned about what your fans think? What’s the nicest thing anyone has ever said or written about you and your music?

It means a lot when people say nice things about us in the media, or add us to their playlist, or even put us on a billboard. But ultimately we get a lot more from the give and take of energy we have with our fans, especially at live shows. That’s one reason not performing over the last 5 months has been so hard. As far as the nicest thing anyone has ever said, Verdine White, the bass player from Earth Wind & Fire who ultimately became Executive Producer for this album, has come to a couple of our LA shows and said some really kind things. Getting positive feedback from a legend like that means a lot to us.

Corona Virus has badly affected the music industry with venues around the world having to cancel shows and close their doors, some permanently. To what extent has the virus affected your careers and how badly are you missing being on stage in front of audiences? How or to what extent do you believe the industry, and the world, can and will recover from this crisis?

It’s really hard. In March, just as the world was coming to terms with the seriousness of the pandemic, we had recently played shows in Toronto and NYC and just landed in LA when we got the news that California had banned large public gatherings and our show would be cancelled. The next day, all our shows got cancelled for the next six months. We depend on touring to make a living, and to share our new music. Personally, I love performing – I can’t remember a time since I was 12 years old that I’ve gone this long without performing music in some way. It’s been hard on musicians but it’s hard for venues too, and that scares me. We’re fortunate to be able to play bigger venues now, but a lot of the smaller, independent venues that are a crucial part of the ‘ladder’ for emerging artists might not be there when the smoke clears. Even the last venue we played in NYC, the Bowery Ballroom, is an indie venue and it’s one of my favorite places to play in the world. If anyone reading this would like to learn more or help, go to https://www.nivassoc.org/.

A lot of artists have been focusing on interacting with their fans online during this pandemic – have you been much the same, and are you fans of Twitter and the like? Would you agree they’re necessary tools in this day and age, particularly for bands and artists?

Definitely! Social media has its downsides but it’s a really nice way to connect with our fans, especially these days. We’ve actually been connecting online a lot within the band because after our LA show got cancelled in March we scattered to a few different cities. It’s been really interesting to experiment with collaborating online and sending files back and forth. It’s also resulted in a few fun quarantine videos that you can find online.

Finally then, with so many plans for this year having to be cast aside, have you started looking towards 2021 at all yet or are you just taking things on more of a day to day basis?

Definitely more of a day-by-day vibe. So much is still unknown about the course of this pandemic that we’re not in a position to share any solid plans. But as soon as it’s safe for us and our fans we can’t wait to get back on the road to share our new music with the world, and we hope that day comes sooner rather than later.