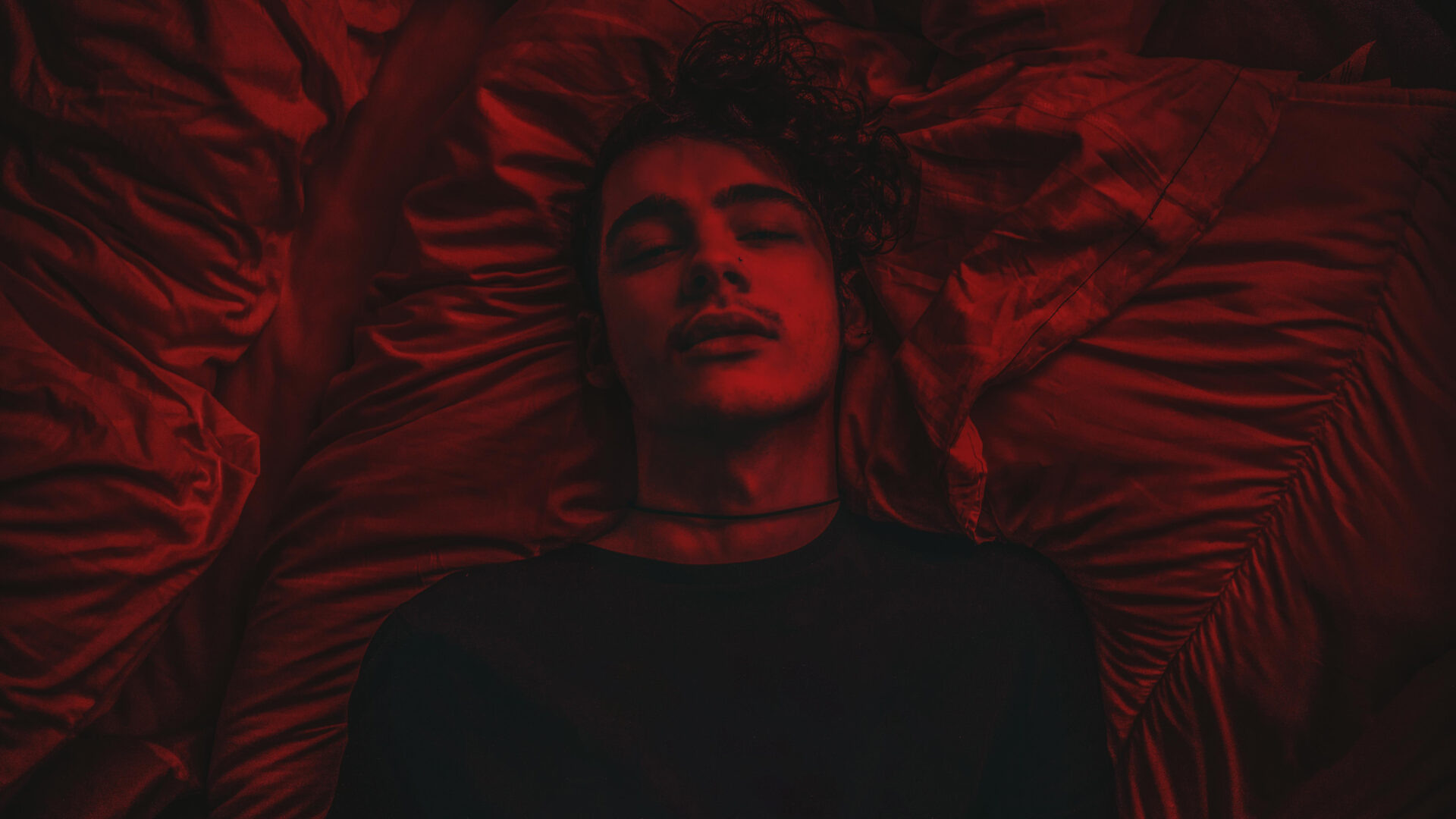 There are not many artists in this world that have a sound so unique that it cannot be emulated by others, and Agiris is one such artist. From the production to the lyrics to even the vocal style which has a unique texture and delivery that truly sets them apart from the crowd. The music is intelligent and biting, a mental mindfuck in the best of ways. It can send you spiraling into deep thought, existentialism, or even just liven the party.

Agiris holds his audience in the palm of his hand and shows us exactly what we need. His new release ‘The Warrior‘ was recently featured in our Tracks of the Week where I called it “A mind-bending trip that dances on the line where rap and trip-hop meet, this is the perfect showcase and entry point for those discovering Agiris and his unique sound for the first time and an absolute treat for veteran fans alike.”. I needed to find out more about this bewitching artist and their new music.

Torpid. But not so much as to look up a nice synonym for tired.

Agiris is an interesting moniker, can you tell me the story behind it?

Agiris is a portmanteau of AG, the periodic symbol for silver, and IRIS; the coloured part of the eye. It acts as a summation for the music I’m most inspired by and the aesthetic I aim to emulate with my own music and visuals. I want to espouse the perception of a silver outlook- with silver representing mystery, introspection, wisdom, the waning, and waxing of the moon etc. Coincidentally, I later found out that there’s a Greek boy’s name ‘Argiris’ which means silver. A lot of people are unsure how to pronounce it- I go with ‘uh-guy-riss’ because I love those classical Greek phonetics. It’s like it’s taken straight from the Odyssey.

Tell me about your new song, ‘The Warrior’ and the concept behind the music video.

‘The Warrior‘ is, so far, my most accessible track. It’s the first time I’ve got a distinguishable chorus with a proper vocal- my own little dark-pop banger. The lyrics convey a strong sense of defeatism. It’s very pessimistic but I like the contrast of creating quite an exciting sounding track off the back of this pessimism and sense of rejection and being ignored.

I created the video with my boyfriend. We’ve done a fair few videos together in the past and I think we make a great creative partnership. The concept of the video is about exhibiting myself in these different scenes embracing various weather. The whole atmosphere is quite cold, there’s rain, storms, snow, lightning. There is a sense of gaining control over the weather as a representation of manipulating my own self-doubt to my advantage.

We filmed the rocky cave scene in Hodge’s Close in the Lake District about 3 years ago and held onto the footage all this time. When I’d finished recording  ‘The Warrior’, it was the first time we felt these clips belonged to a track. It was the perfect scene for the concept, so you’re actually seeing a 22-year-old Agiris with a 25-year-old haha.

There’s more tracks in the pipeline which I’ll collate into an EP eventually. I’m excited because I’m collaborating more with vocalists who I think bring a new ascent to my music. There will definitely be more videos to accompany them too- it’s almost impossible for me to not see visuals when listening to my tracks.

A song called ‘We Could’

I wish I could say I was a precocious child/teen lyrical genius à la Lorde, but nope. Turns out we couldn’t.

I’ve been living in Manchester for nearly a year now but I’m yet to get my hands dirty with it. This pandemic has fuelled with me the motivation to delve into the entire Mancunian scene as soon as we are able to do so again. I feel like Manchester would take well to a little Agiris.

Like everyone else, we have our endless lists of artists we are inspired by and enjoy. But I like to condense mine to the holy trinity. The Mother, (Kate Bush) The Sun, (Björk) and the Holy Spirit (FKA twigs).

I’ve really not performed that often to constitute a favourite artist that I’ve played with so I’ma just shout out the few that I have: Jonatan Backelie – delectable musician, voice of siren, Dead Method – queer-pop bop machine, Sunbane – uber technical, dextrous robot-man and Mogan – icon of enchanting creepiness. I envy them all.

Right this very second- Miley Cyrus on Joe Rogan’s Podcast is on in the background. She’s getting her dad a giant bathtub in the middle of a field for his birthday.