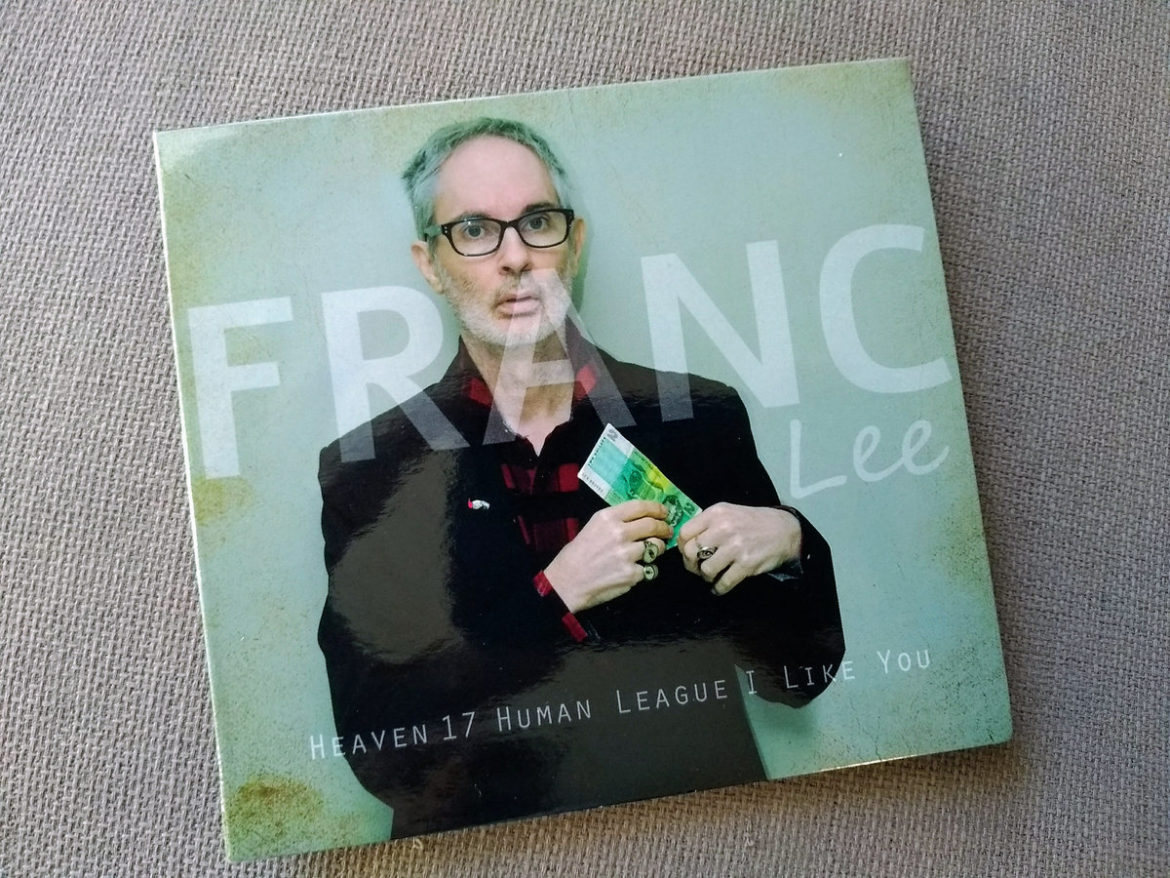 In terms of nailing your colours to the mast, Lee Ingram – aka Franc Lee – has not only banged them in with the sharpest tacks available, but he’s displayed them in glorious, luminous technicolour. And that’s just from the album title alone…

It’s extremely clear that Ingram is a huge fan of the 1980s, specifically synthpop, and that’s immediately apparent from the opening throes of ‘Black Maria‘ and its knowing nod to Yazoo‘s ‘Only You‘ with the lyric “She’s looking from a window above” and an early Depeche Mode essence shining through musically. Indeed, the works of Vince Clarke in his various guises play a big part in the make up of this, Franc Lee’s debut album.

Its title track contains one of the most aesthetically pleasing lyrics I’ve heard in years: “Billy Idol, Siouxsie Sioux crossed over from punk to pop / I think they did The Tube, but weren’t invited to do Swap Shop.” It’s a really endearing moment and beautifully phrased, in a song that pays tribute to a long list of 1980s luminaries of the synthpop genre and beyond.

But it’s not JUST that particular decade that gets a tummy rub, for ‘The Stakenburger‘ comes across like Daft Punk while the repeated keyboard motif is reminiscent of Bronski Beat‘s ‘Smalltown Boy‘. It’s all very enjoyable, especially ‘Brian Eno 48 Days‘, which I’ve waxed lyrical about on these pages before, when I reviewed a Music Hoarders sampler a while back. That is a fascinating tale of alien abduction with a killer hook and a delightfully skewiff Sparks-like bent.

Several of the numbers here seem to draw heavily on Erasure era Clarke. If that means big, catchy choruses and tunes with the shiniest hue, then that’s all good with me, even though I would have to confess to never being much of a fan of that band (Andy Bell’s vocals always felt a little over-dramatic to me, for what they were saying, and that kind of put me off, though I will, at least, acknowledge that they wrote some classy singles. Ingram’s voice is more calming, and ultimately more palatable to my ears).

Of the remaining tracks, undoubtedly ‘Maya Was A Liar‘ is comfortably the most instant, Ingram’s falsetto vocals seguing beautifully with the minimalist power guitar chords, and leaving you singing the damn thing for days on end afterwards. And ‘One Last Waltz Around‘ is a beautifully soulful finale that not only commends his – and our – musical heroes of the past, but also gives us every reason to believe that Franc Lee, given the chance, could quite feasibly emulate them.

Heaven 17 Human League I Like You is out now on Music Hoarders United.