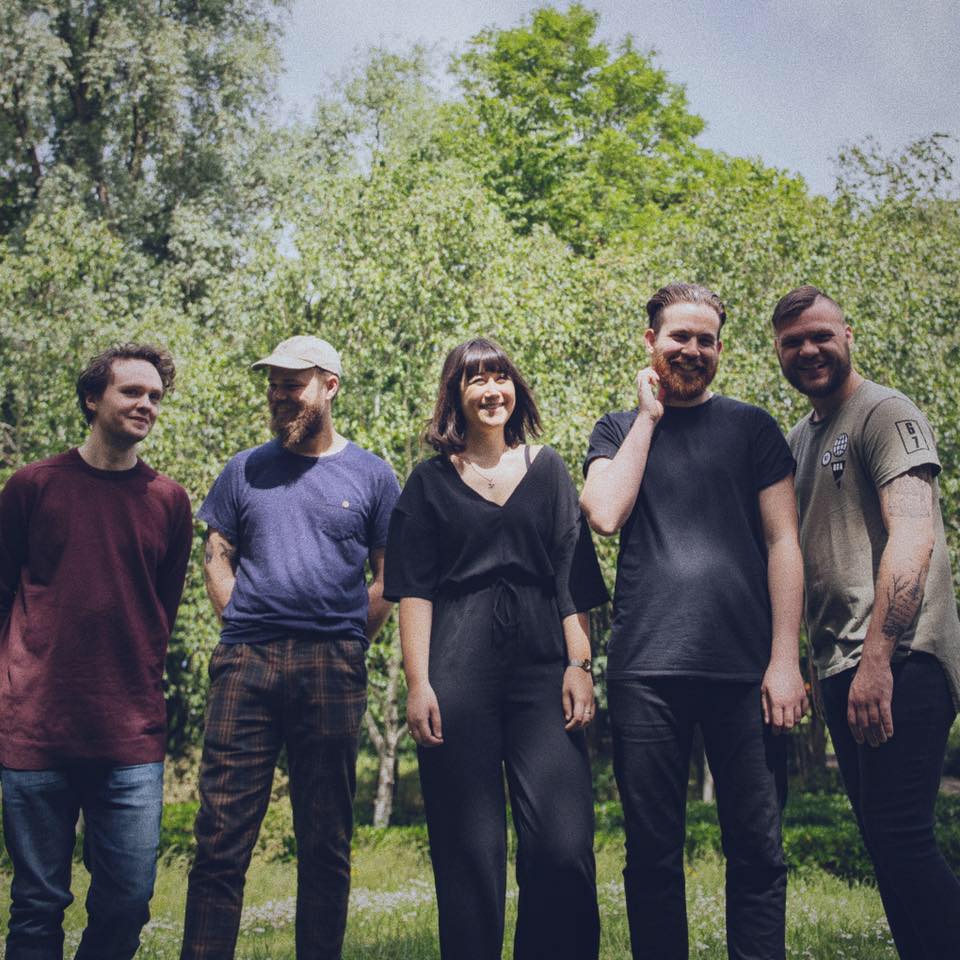 Bridges are masters at beautifully crafted indie-folk music that tugs on the heartstrings with tender vocals, sparkling compositions, and captivating lyrics. The band are a showstopping talent waiting to be discovered. With their latest project Until Now on the horizon, I had a chat with them to find out some more.

Hey, not too bad thanks considering the state of the world right now. Grateful for lie ins, duolingo and video games whilst we wait for things to be better again.

Tell me about your new project, Until Now, and the concept behind it.

Until Now is a collection of our first EPs and singles on a short vinyl run. With all that is happening this year, we didn’t get a chance to promote our second EP with a tour as we’d originally planned, so we wanted to put something out that was special to celebrate all we’ve done so far. It feels good to be really excited about something before the end of the year.

What was your experience like in putting the EP’s together?

We’ve been very lucky to have some great friends to help us record, mix and master our songs so far. Dan Young from October Drift helped us record our most recent EP, with some additional work with Ash Scott. We took some time with these tunes to help sculpt the sound and arrangements – was definitely worth that extra time.

Putting all the songs back to back really showed to us how far we’ve come in a short space of time. We can’t wait to share all we’ve been working on this year.

Do you have any favourite songs from the project? If so, which ones and why?

I think our favourite is still ‘Stole The Words‘, the rest of the gang probably agree. This one grew from a riff josh was looping; I really wanted to make a song to lose yourself in.

With the project being a collection though, there are a lot of moments captured here. ‘Ghouls’, ‘Wishbone‘ and ‘BFF‘ will always mean a lot to us I’m sure. All of the songs stem from a person or time, and that is a wonderful thing to think about.

We are currently demoing our first album, working with a few friends whilst also tracking ourselves. It’s a good mix of new songs and older songs with alternative arrangements. The plan is to record at the beginning of 2021, but there’s still lots we are exploring before we start.

Alongside this we’re writing lots of new material which is exciting. We’ve also been working on a few videos for ‘More Than Before‘ and ‘Stole The Words‘ – really looking forward to these.

What was the first song you ever wrote together?

I think it was probably ‘Amor‘ – it’s difficult to remember now, as we’ve gone through a lot of changes in the past couple of years. Bridges today grew from other bands and new members joining. This track though, I remember it being a moment of change in genre, influenced by “slow-burning” bands that were around at the time locally – Pylo, The Bronze Medal in particular.

The bands sound has changed shape a lot since then to get where it is, but I am sure those bands were pivotal for us from what we started as. Certainly changed us from an indie party band, into something that feels more true to who we are.

All of us (aside from Chess) were originally from a town called Bridgwater. Growing up it had a pretty good scene, touring bands coming through every month. I’d say it still does to be fair – The Cobblestones and a few other local promoters do a great job bringing new music to the area.

Me, Tom and Josh lived in Bristol for a while which was ace. Spent some time promoting some really great bands from the city at The Louisiana.

Since Covid hit, we’ve all moved back in the same area, hunkering down and working on music. It also meant recently that we could play a socially distanced show, which was a really fun (although slightly strange) experience. Looking forward to when we can get back on the road properly.

Frightened Rabbit and Manchester Orchestra are two of my favourite bands, so much rawness in their sounds. Aim to capture that energy in what we do.

Bombay are a massive influence for Josh and Chess, though we are all fans. Tom and Henry last year caught The Wonder Years and Pinegrove whilst over from the states.

The list could go on and on to be honest!

That’s a really tough question, though there are a few that stand out that we‘re really grateful for.

My siblings in China Bears are always a joy to play with, and it was a huge shame to lose the dates with our friends Wrest earlier this year.

Touring with The Slow Readers Club last year was great, huge respect for them. We Were Promised Jetpacks in Bristol a few years back was special. We opened for Pale Waves and The Horrors at D2D, that was cool.

We’ve been very fortunate, looking forward to making more friends on the way round when touring is back properly!

Living back in our hometown, my brothers have gotten me into Broken Social Scene a lot more; really digging them.

The Wonder Years and Lucy Rose were good listens on our last road trip, been loving new tunes by Maggie Rogers. We’ve also had on the new EP by our pals Wrest, as well as the new single by China Bears