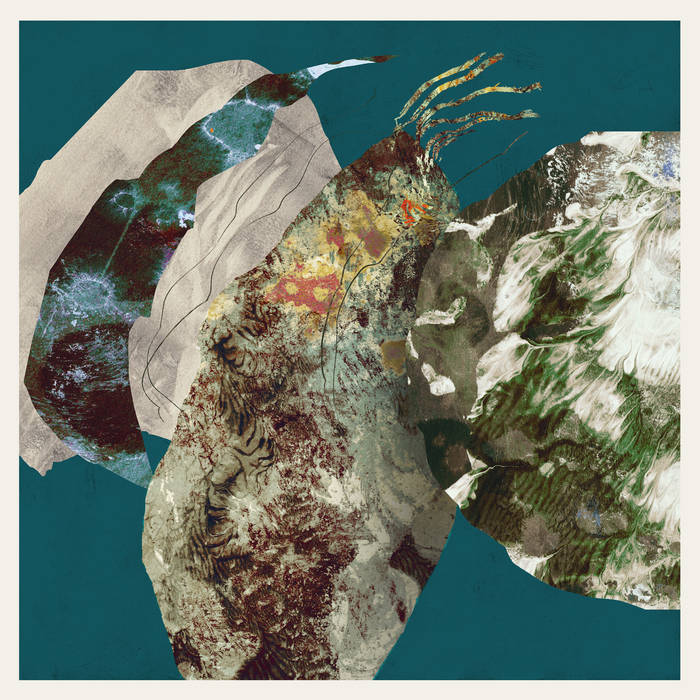 Twinkle³ have a history with improvised music and space. On their debut album, Let’s Make a Solar System, Richard Scott, David Ross and Clive Bell used sonic collages to create, well, an audio solar system. On its follow up, Debris in Lower Earth Orbit, the trio recorded the whole piece in a single session, improvising as they went. Now they’ve retuned with Minor Planets where Twinkle³ use improvisations with a musique concrete sensibility to create their most ambitious album to date.

There are sections of Minor Planets that remind me of Jimmy Cauty’s seminal, and sadly overlooked’ Space project. Like that album, Twinkle³ have created an long player that takes you on an interstellar journey, looking out of the porthole, Spaceships have portholes, right? at the void. On this cosmic trip we see alien biomes, fossils, dwarf planets and asteroids. Some of these are slow moving monsters capable of destroying the craft in seconds, others are faster smaller projectiles that are gone as soon as we’ve seen them. What is transfixing however, is how Twinkle³ make it all flow and feel like the journey is happening in real time. On their second album it was created like this, but Minor Planets feels like a Blue Peter model of the solar system. A series of improvisations are held together with the studio version of sticky back tape.

Minor Planets works best when you forget it’s on. I don’t mean this to be unkind, but to really get the most out of the album you have to ‘unlisten’ to it. Right, I don’t think that I’m making myself clear. I’ll try again. The way I got the most out of the album was, after a few concentrated listens, to play it while I was doing something else. At first it just faded into the surface noise that is life, but after a few repeat listens like this, motifs began to latch themselves on to me, or is that the other way round? Either way, after listening to the album this way I was able to find things that were inaudible before. A few minutes in, there are some subtle melodies just below the surface. When I first played Minor Planets these were obscured by louder sounds/instruments, but now they are as clear as day. And this is what Twinkle³ have done so well. They have crafted an album full of intricate melodies hidden under a layer of primary melodies. The downside to the album is that there isn’t a lot to engage with. About a third of the way through my interest starts to zone out a bit and I become less focused on the music, which is a shame, but it is common with this kind of album. However, around the halfway mark Twinkle³ come back with all guns blazing and deliver some knockout blows. Firstly, some dubby basslines start to shoulder their way through the space debris and celestial horns. After this slightly robust interlude, things calm down and synths start to cascade before ad-hoc beats start to emerge.

Overall Minor Planets is a fun album to play when you want to lose yourself in a concept, rather than a collection of songs. There is constant movement throughout the album, that helps sell the idea of travelling through space. The only downside is that sometimes the music is a tad uninspiring. That being said, when it is firing on all cylinder it is a proper romp, but after the initial take off there are a few lags before the boosters kick in.