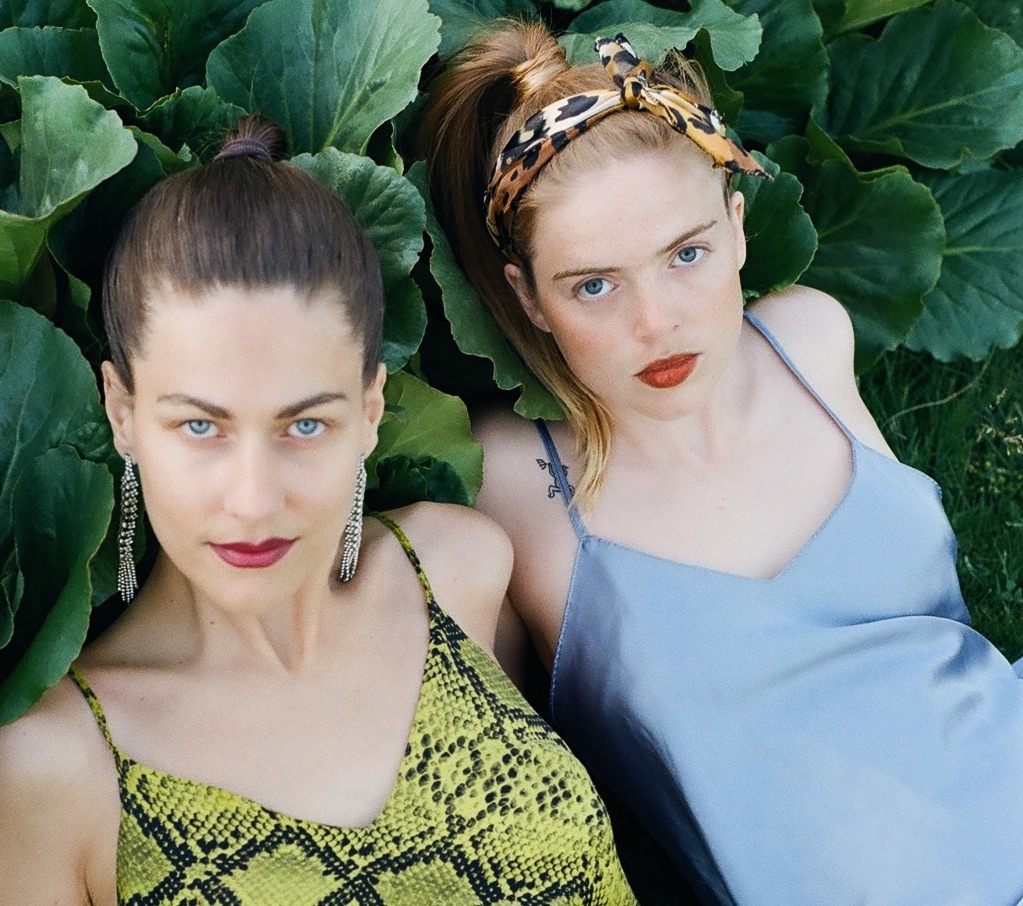 Icelandic/Norwegian duo Ultraflex release their debut self released album this week ‘Visions Of Ultraflex’, mixing slinky 80s woven synth textures and beats with cheeky melodies and ASMR asides, their music is the kind of playful, alluring and insatiable fun we desperately need right now. Farao (NO) and Special-K (ISO), channels the frank Icelandic nature through Norwegian acuteness and reason, resulting in an excellent interdisciplinary artistic collaboration.

The pair met when they were both living in Berlin and had mutual artistic crushes on each other. The opportunity to collaborate arose when they were hired to make a piece for the Scandinavian electronic music festivals Insomnia and Extreme Chill in 2019. After a few short, intense writing sessions in the remote Westfjords of Iceland, the arctic Tromsø and Berlin, they managed to construct their sound, image and debut album.

‘Visions of Ultraflex’ is a cocktail of futuristic disco and post modern synth pop, the sparkling yet homespun production style falling somewhere between Peggy Gou and The Rah Band, topped with lyrics and vocal performances reminiscent of Easter, Saâda Bonaire. Take the playful first single ‘Work Out Tonight’ with its funky baselines and part whispered vocals, casting knowing glances at ‘sweaty’ night time activity that a nascent Madonna would have been proud of, the sumptuous ‘Never Forget My baby’ that’s glossy pop resides with a wistful lovelorn quality of a early Janet Jackson cut or the beguiling instrumental ‘Olympic Sweat’ its gorgeous, glistening synth motifs like OMD jiving under a glitter ball. Ultraflex aren’t just a sound they are a contemporary artistic experience that can transport you out of your humdrum lockdown existence and onto an imaginary dancefloor, live, they perform exercise routines in synchronisation with visuals largely based on 80’s Soviet aerobics, their image is a knowing blend of sophisticated blend of camp and chic and their internet presence is as witty and surreal as it is carefully curated. We caught up with the duo on the eve of their album release:

Hey how are you today?

Hey! We are good and in quarantine in Iceland together. Right now we are sitting in a hot tub outside a cabin in the countryside while it’s snowing with some sparkling wine.

Well, right now we are enjoying it to be honest. It’s a good forced vacation for workaholics.

How has the pandemic affected your ability to promote the record/tour if at all?

Obviously we have not been able to play any shows but it’s been really fun promoting the music in other ways, focusing on inventive content for the internet and merch, trying to entertain ourselves and our followers as best we can.

When did you decide to form a supergroup? 🙂

Katrín [Special-K] was asked to write a commissioned piece for electronic music festivals Extreme Chill in Reykjavík and Insomnia in Tromsø with a Norwegian artist of her choice, and she chose Kari [Farao] to be her partner in crime.

What was the first song you wrote together?

Get Fit was our first one, we started writing it in two different countries before we even really knew each other. It set the tone for the whole album.

What was your idea for Ultraflex from the outset?

We wanted to have as much fun as possible and create a project with no pressure to impress anyone but each other.

There’s a real affection / and playfulness to the vein of synth pop sounds and electronic music you tap into throughout the album. Was it a case of experimenting in the studio to find these sounds or did you have a clear basis for each song before you recorded them?

We started to make music 7 days before our first ever gig, so the framework for the whole album was created within just this one week. It forced us to have a dogmatic approach to the writing process, deciding on some pretty strict guidelines for what we wanted our identity to be from the very beginning. We didn’t have any time to doubt ourselves and just went with it.

‘Get Fit’ and ‘Work out tonight’ seem to playfully reference 80s exercise videos or at least working out, do you work out a lot or is it a metaphor for dancing?

We work out A LOT. Can’t you tell?

Tell us about OKAY KAYA, how did you meet her and do you work together on the video concepts?

Kari and Kaya met over a cup of kratom tea in New York some years ago. We love her videos and when she recently moved to Berlin we asked her if she’d be up for collaborating. The concepts for the videos were a joint effort amongst the three of us, mostly centered around having fun and documenting our everyday lifestyle.

Is it more fun working together than solo?

It’s definitely a much needed change for both of us.

The sumptuous ‘Never Forget My Baby’ references Janet Jackson and the Carpenters, what were you going for with this song/video?

The goal was to make a wistful yet danceable banger.

There is an undercurrent of desire and love through the record, but you approach these themes in a really fresh way. Do you think metaphor and illusion sometimes can make for a more illuminating approach?

What is life, other than an illusion? We must illuminate this with metaphors – that is our role as prophets.

If your house was on fire and you had to save five records what would they be?