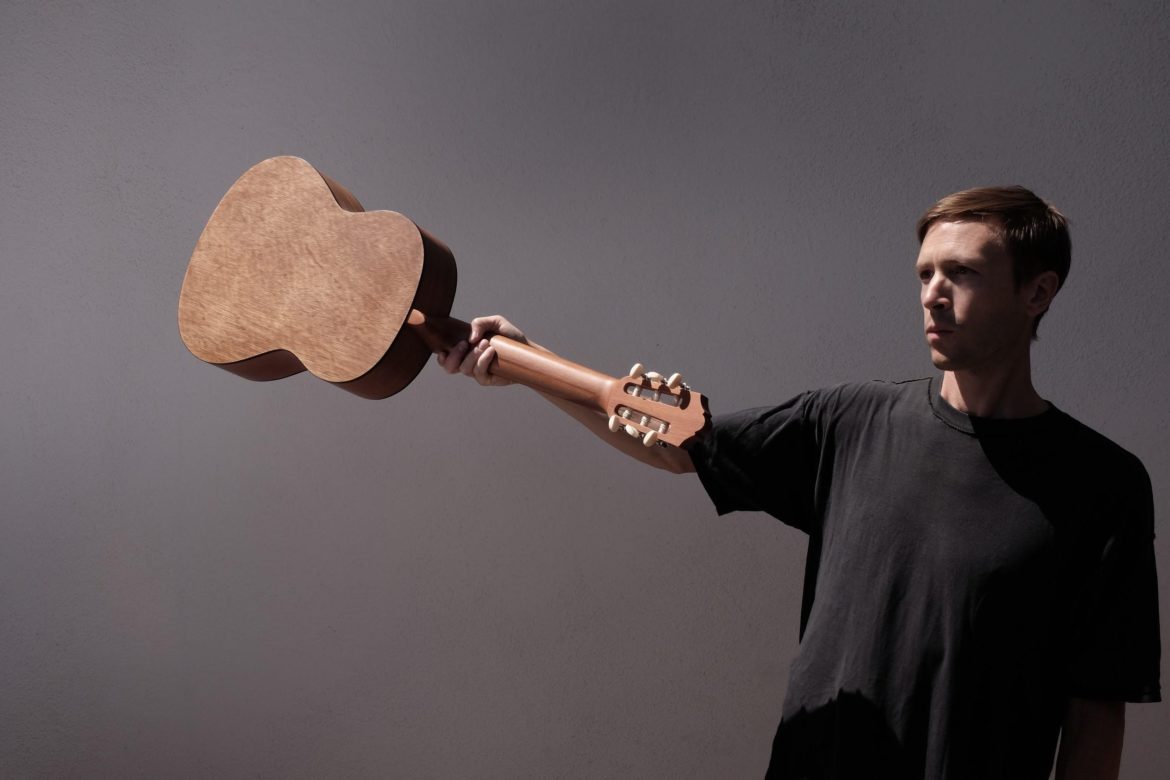 Although best known as being the frontman to British indie band Teleman, championed by the likes of The Guardian and Drowned In Sound among others, Tom Sanders is well on the way to making waves in the music world in his own right, and own way, having recently launched a solo career and GIITV are proud to premiere the video to his latest single ‘Most Of The Time.’

Asked about the story and inspiration to the track, as well as its creative process, Tom says: “This is a track about how life changes you, and how other people can change you. It’s about dealing with internal conflict and trying to find peace. People have massive impacts on each other, like planets colliding, making a great mess but also totally changing their orbits, which might be needed sometimes.

I started to consider a difficult relationship to be like two countries bordering one another, joined together and physically sharing so much but in conflict or full on war. Instead of destroying each other in these situations, it’s better to lose some territory and get a peace deal. It’s quite a personal song, and while the vibe is kind of intimate and wistful, to me it’s got an uplifting side to it too. This track took a long time to come together; the lyrics and arrangement just didn’t feel right and it went through a few iterations before I nailed it.”

As for the video, he goes on to add: “I wanted to make this lyric video idea for a long time – the humble OHP – overhead projector – will probably be well known to people who went to school in the 80s and 90s. Or if you were unlucky enough to be sent to Christian kids’ camp where you get to sing along to the lyrics. So it’s basically an ironic nod to my childhood. I picked up this OHP on ebay for a tenner and shot the video in the lounge with Jonny helping out on the camera.”

With the usual – and much missed – live music scene shut down as a result of the Corona Virus pandemic, as he gears up for the release of his debut album “Only Magic” later this year, he’s also giving fans a little something extra to look forward to with the announcement of an intimate, one-off show in London at Paper Dress Vintage which will be live streamed on 12th November. Tickets for the show can be purchased here.