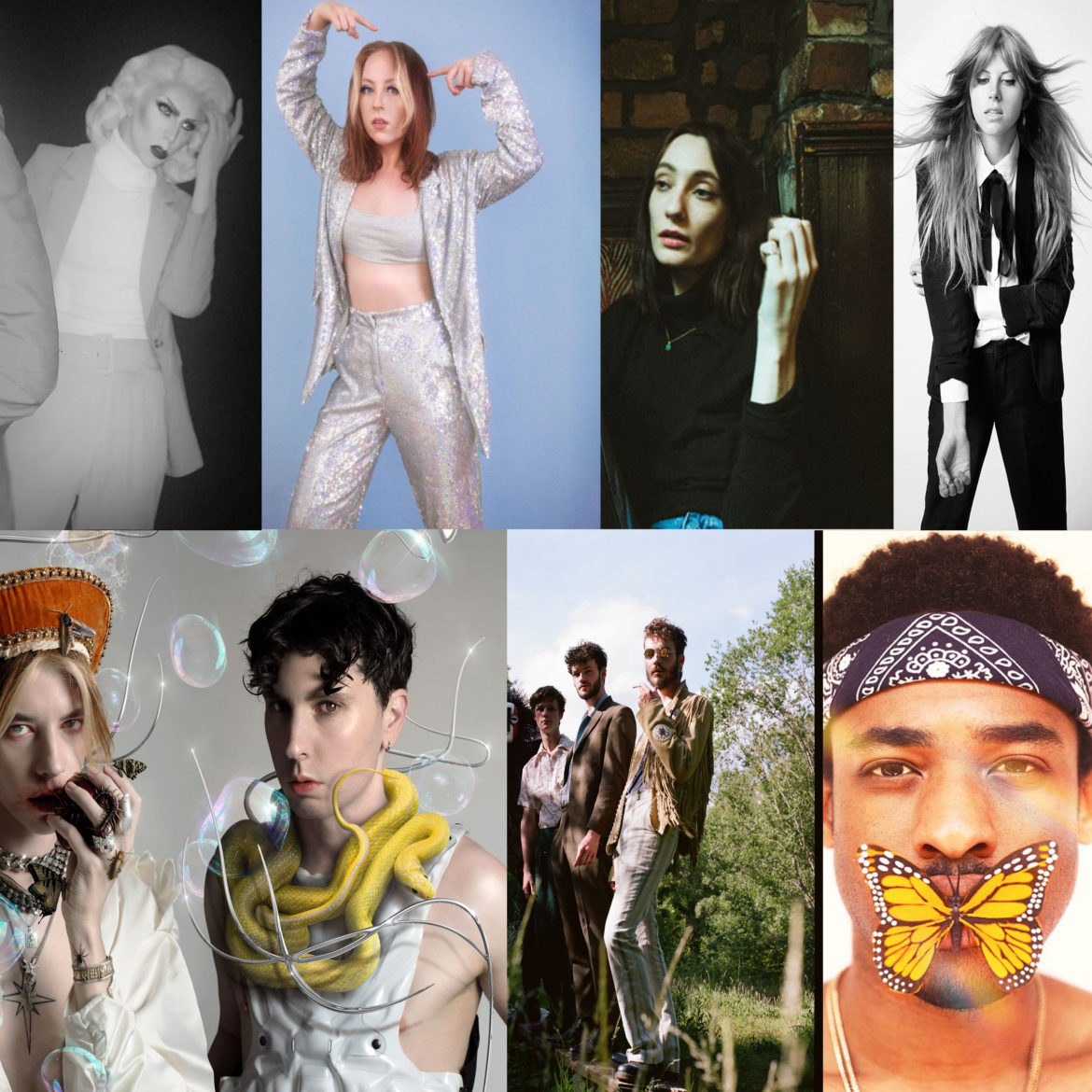 Why we love it? Whimsical and full of personality, this tongue in cheek exploration of one’s own perwe can arrsonal baggage and how it can affect our relationships is surprisingly touching with a catchy hook and great production, it showcases Major’s talent and natural stardom.  (Lloyd Best)

What? They Know What You Want

What they say? On the wobbly Depeche Mode-Esque They Know What You Want, Ripley ponders just how much of our personal information we’ve handed over to internet giants Facebook, Amazon, and Google, singing:‘They have all your data you can’t get it back, look over your shoulder you’re now being tracked.’

Why we love it? Stepping onto the scene all guns blazing with this new slice of electro-pop from their new EP, Ripley is not pulling any punches. The track is witty and scathing with a memorable rhythmic melody that floats between rapping and singing with ease.  (Lloyd Best)

What? Under The Sea

What they say? Melancholic love songs are something we tend to do easily – this is an example of one of the first we did. With the long intro that tenderly goes over the frustrations of a relationship that is struggling in its long-distance, left between the two countries, under the sea. It’s one of the fish queen’s favourite songs! It was written in a moment of fragility but originally only being the intro speed, suddenly realised it yearned for a zap of energy just like I did when I was in that headspace – we all crafted it together in cream boxes and with blue carpets – it’s the oldest of all the songs on the EP but always held a special place in our hearts.

Why we love it? From the opening note, this morose song starts sullen and stripped back but remains utterly powerful and devastating. After a sad introduction, SCORS switch gear with an upbeat indie-rock anthem that never loses its sad edge and is all the more interesting for it.  (Lloyd Best)

What? Pray For ‘Em

What they say? ‘Pray For ‘Em‘ came about from the racial climate we have always been in & have recently seen a heavy resurgence of. I couldn’t quite figure out the right way to speak my thoughts on the topic, so I put my thoughts into this song. The song is truly just my inner voice & internal monologue seeing all that is going on around me, experiencing it, and also having faith and hope for progression. Loved being able to couple such a heavy message with a fantastic producer and musician Sam Barsh. He really understands strong storytelling through instrumentation, while honoring my soul/funk stylings. Coupling our worlds really brought a relatability sonically to the song.

Why we love it? Soulful and lyrically poignant, this funky slice of R’n’B heaven that’s culturally relevant and sonically timeless. The track has soul, charisma, and a uniqueness that really sets Butterfly Ali apart from the crowd.  (Lloyd Best)

What? Don’t Wanna Fall In Luv

What they say? With ‘Don’t Wanna Fall in Luv’ we want to take the listener through a trip of desire, secrecy and heartbreak and tackle subjects like synesthesia, addiction and demise. For the visual, we wanted to create an illusionistic and symbolical digital art-piece that displays a fading relationship’s duality, as some sort of hyper-reality or illustration that has been brought to life.

Why we love it? To say that the Y2K aesthetic is overdone is putting it lightly but Promis3 has made an endearing, visually and sonically stunning piece of art that feels more authentic than the majority of Y2K artists in circulation. Every aspect of the track has been meticulously crafted to perfection. It’s an exciting flavour of what’s to come for this exciting and talented act.  (Lloyd Best)

What they say? “We had the pleasure of shooting Meal Deal at the beautiful and iconic Playhouse Theatre, Liverpool, which Craig directed, shot and edited. We wanted to utilise the unique space we had, it’s such an old theatre with all these unsettling green corridors and dark corners, which complement the moodiness of the song really well. We also wanted to make it theatrical, and so the stage, spotlights and empty auditorium became a location that the video could build towards, almost like a finale. Hopefully it has that indie, homemade feel with a touch of drama and suspense.”

Why we love it? Insidious and weaving with Hannah’s effortlessly brilliant melody that is part sinister part alluring, it gradually envelops from country scorched riffing and elastic and grooving percussion to crushing guitars into an incredible epic. About finding somewhere to live, it conjures images of malnourished spiders in baths and overpriced flats with too many bathrooms.  A second serving of brilliance from this exciting Liverpool duo. Stunning.  (Bill Cummings)

What? Every Stay Shivers in the Dark

What They say? “This is my ode to Los Angeles, which always felt to me like the outskirts of Eden. I would walk a lot in the city, go from Dodgers Stadium into Downtown – along Alameda. Up in the hills, I’d look out at the vast sprawl and feel daunted. But Los Angeles is not as it appears. Even in moments of isolation, I have looked for communion with strangers and, almost always, found it. These were the scenes and feelings swirling around when I was challenging myself to write a song using only two chords.”

Why we love it? Lael Neale is Sub Pop’s new signing, her new single is a wistful and reflective torch song that looks over the skyline of Los Angeles and ponders the joy and darkness of its every corner. Framed in the light a solitary drum machine and mournful church organ, “I’m gonna love someone” promises Neale in a haunting tone that aches with a longing. Wonderful.  (Bill Cummings)