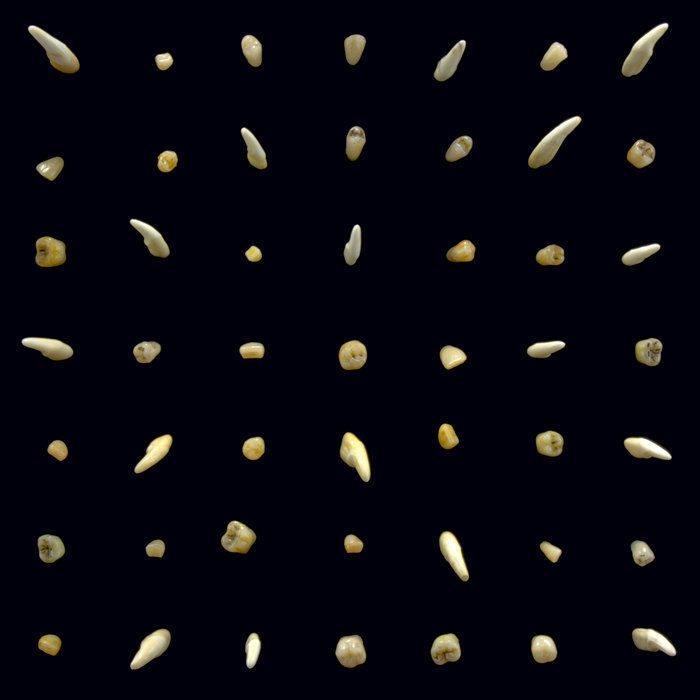 Clipping. delivered one of my very favourite albums of 2019, There Existed an Addiction to Blood.  Daveed Diggs’ nihilist lyricism and intense delivery complimented the uneasy vibe created by horrific and beautiful production.  The singles leading up to the release of its sister album Visions of Bodies Being Burned took me by surprise, I wasn’t expecting another album so soon.  For the uninitiated, Clipping. perform horrorcore, a genre of hip hop which, through both lyrics and production, focuses on psychological horror – often inspired by the aesthetic of horror movies.  Clipping. create dark, twisted but playful music, designed to both excite and put the listener on edge.

‘Something Underneath’ is a great example of how much fun can be had with this genre.  Creaking, creeping synths swap in and out with uncomfortable distortion – the dynamics are wildly different across the track depending on the level of intensity being conveyed.  Daveed Diggs’ rapping bounces across the whole vocal range, playing with different speeds, switching from a medium, steady tempo to hyper speed vocals.  Regardless of his speed he never raps with anything less than perfect clarity.

‘Say the Name’ has an awesome, tightly looped vocal sample running through key moments of the track.  “Candlesticks in the dark, visions of bodies being burnt”.  Diggs’ flows are confident and slow moving, he takes his time and owns every moment.  The bass synths whir behind him and towards the end of the track develop into higher, glockenspiel-like chimes and dramatic, fuzzy electronics.  ‘‘96 Neve Campbell’ is just as dark as the rest of the album, but is oddly loose and groovy for the group.  Feature artists Cam & China, previously unknown to me, bring a huge shot of energy to the track, doubling up on each other’s verses at key moments to give each other extra momentum.

‘Make Them Dead’ is not for the faint hearted.  Anyone who gets a kick out of harsh, experimental electronics will enjoy this.  It is sat somewhere between Suicide and Crystal Castles.  Proof that Clipping. are as much about William Hutson and Jonathan Snipes instrumentation and production as Diggs’ rapping.  ‘She Bad’ has a similar aesthetic but doesn’t peak until the final refrain “she bad though” towards the very end of the song – it would have been nice to hear more of this.  ‘Pain Everyday’ in comparison is positively hook-laden – the rattling, metallic bass drum facing off against complex, percussive, drum and bass sequencing is particularly impressive, providing a perfect base for the equal parts menacing and haunting lyrics.  “Death wasn’t really the worst part/ time spent floating above is/ the body done when the hurt start/ they call it passin’, that’s not it, they lying.”  Thematically appropriate funereal strings join this chaotic mix and somehow sonically fit perfectly.

‘Check the Lock’ easily could have been a single, Diggs’ really shines here with his tricksy, flexible delivery, always landing accents at perfect but consistently unexpected moments.  The chorus is easily good enough to be repeated three times, each one is a “punch the air” moment.  Things get scatty on ‘Looking Like Meat’ which has a hyper aggressive feature from Ho99o9 and bizarre lazer gun synths shooting off in every direction.

The only material separating Clipping.’s 2019 and 2020 offerings quality wise is one more patience testing track towards the back-end of this project (and yes, I’m discounting 2019’s ‘Piano Burning’).  Even ‘Eaten Alive’ though, which descends into the bashing of pots and pans and erratic guitar riffing has an undeniable interest and charm.

Visions of Bodies Being Burned is remarkably strong given that it’s the second LP Clipping. have released in two years.  They have reinforced the fact that killer hooks and cathartic, emotional passages can be found in the most obscure, creepiest of places.  This is an essential album in their discography – not just the material that didn’t make it onto their last effort.

Visions of Bodies Being Burned is out now Sub Pop Records.