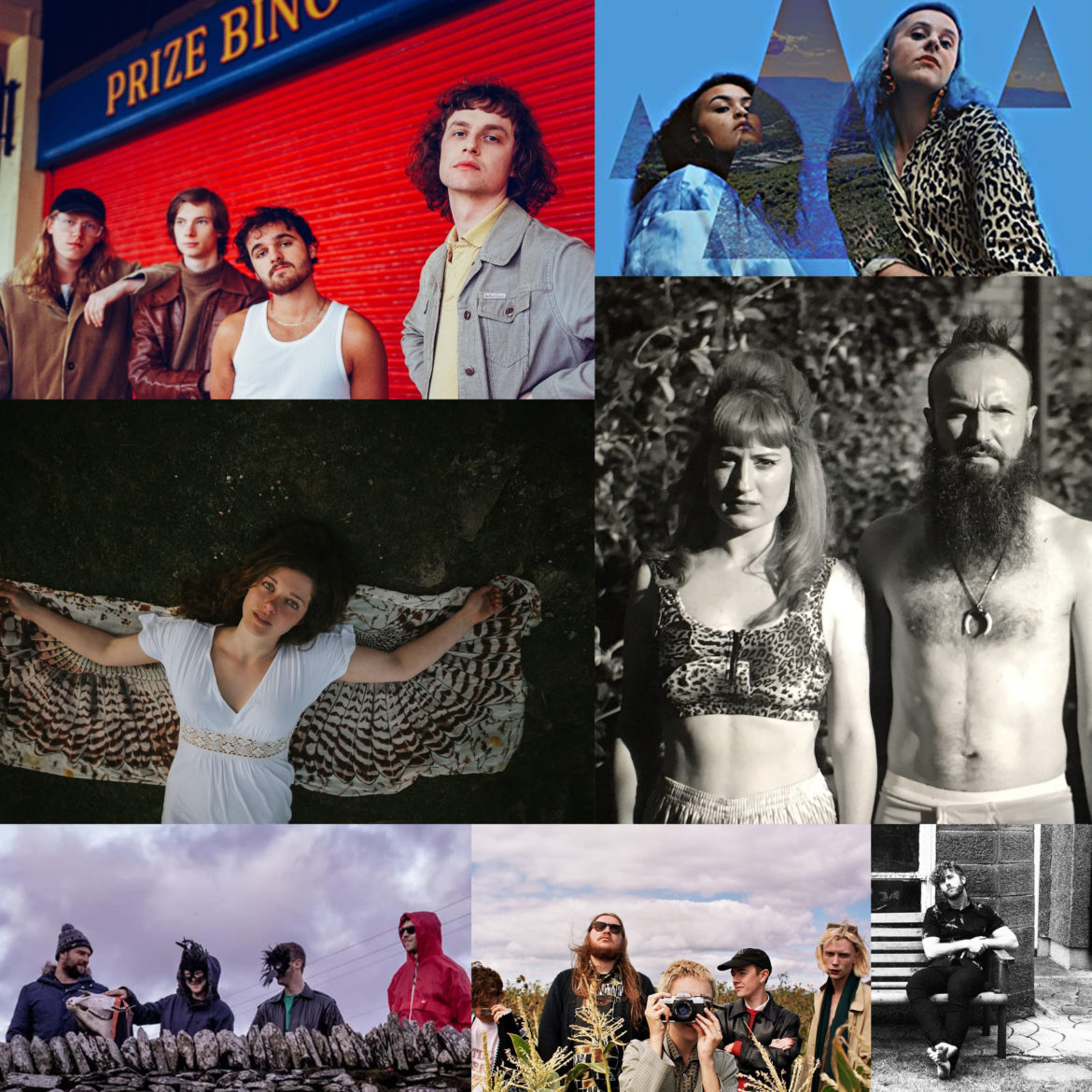 Welcome to the first Cymru Cuts, our regular celebration of new singles and one-off tracks by artists of Welsh origin.  In the column we seek to highlight the freshest meat along with artists whose company we’ve grown a little more accustomed to.

Finding a name for the column was tricky; Welsh Singles Club was mooted but it made us sound like a dating app, Welsh Singles was even worse – we’re respectable people.

So Cymru Cuts it is, and this debut edition is a tasty pick ‘n’ mix of delights, with Geraint Rhys,  MÊL, Eädyth x Izzy Rabey, Rosehip Teahouse, Eve Goodman, HMS Morris and Buzzard Buzzard Buzzard for your absolute pleasure. 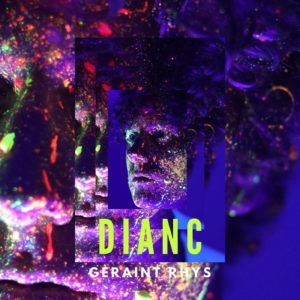 Starting off this column with an apology, because this single has been an out a month and we’ve been nowhere near it, a major error. Bloody marvelous stuff, too.

The common unfortunate consequence of musicians loving 80s electronic pop is a cheap, cold sounding product but what we have in Geraint Rhys’ ‘Dianc’ (Escape)  instead is an intro reflecting the loneliness of insomnia back at us, warming into something wonderful, almost fun. If we can’t sleep, we may as well dance? In any case, the chasm between laying awake and the world outside our window is lived and felt.

The video featuring Swansea dancer Bobi Coates is perfection. Geraint Rhys’ recorded his vocals late at night in a bout of insomnia. “What you hear is a very raw but honest take of my restlessness,” he says. (Cath Holland) 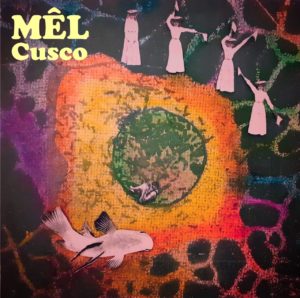 Looking back over the madness of this last year, it’s time to acknowledge MÊL’s first two singles Mêl i gyd and Plisgyn, lured us into a false sense of security. Maybe that was the plan all along? Rhythmic with tastefully framed arrangements, Eryl Pryce’s low, steadying vocal gave a reassurance. Though a psychedelic mystic strangeness lingered in earlier songs, it’s ‘Cusco’, single number three from MÊL we see the North Wales band head for the hills and beyond.

With ‘Cusco’ we’re told, mischievously and mysteriously, is flavoured by an ‘interesting experience’ in the Peruvian city, and a diary from the trip in 2016.

There’s a lot to unpick on Cusco.

We feel the link to nature and history and ritual from the offset, the insistent bass line an unrelenting chant, Pryce’s vocal ever-hypnotic, with ghostly shadow nodding at his intentions. An eerie warning builds, layers added. Reminds me of Velvet Underground’s ‘The Gift’ where we hear John Cale reading Lou Reed’s teenage tale of the jealous boyfriend who posts himself to his girl, only to reach a bloody end.

On ‘Cusco‘ Argentinian-Welsh poet Geraldine MC Burney’s spoken word segment shadowed by the ghosts of the B52s followed by a low tumble and mumble of words from Pryce. A descent into madness, perhaps. Or are we witness to a ritual sacrifice of some sort?

When you’ve got a minute I’m gonna have to see that diary, lads. (Cath Holland) 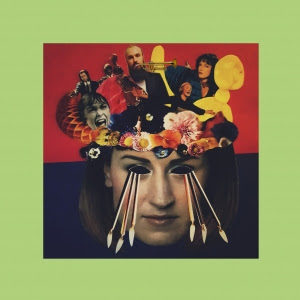 We thought HMS Morris’ ‘Babanod’, ‘Poetry’ and ‘Myfyrwyr Rhyngwladol’ singles throughout this year were a trilogy. But here comes another, the final piece of the jigsaw.

The ‘Partypooper’ in question is the internal voice of self-doubt we all have over ourselves, our work, everything, for time to time. The band’s Heledd Watkins says of her own partypooper, “here’s hoping that mine has a fear of high-tempo Latin numbers with horns and distorted wailing.”

Of course there is more sophistication in this song than that, and we suggest seeing off any dark thoughts with the help of  Heledd’s defiant vocals, kick-off brass courtesy of Owain Gruffudd and Gwyn Owen from Band Pres Llareggub (Owain arranged the brass), Iestyn Jones is on drums, and hip swingin’ on our part.

Looking forward to 2021, HMS Morris have been chosen in conjunction with FOCUS Wales to be part of the Innovation Network of European Showcases which gives the band opportunities to play European festivals.  (Cath Holland) 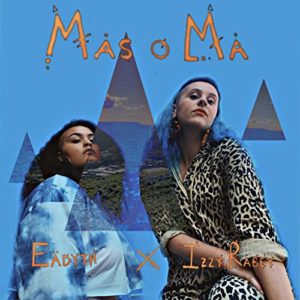 Eädyth x Izzy Rabey have created a 5 track bilingual Welsh/English neo-Soul/hip hop EP titled ‘Mas o Ma’ meaning ‘Out of Here’ produced by Eädyth nestled in her home studio in the beautiful mountainous valley Aberfan accompanied by the very talented upcoming bilingual rapper Izzy Rabey who’s inspirations are also pulled from the beautiful welsh hills of Machynlleth Eädyth and Izzy have been working together since February 2020 after the production of Elinor Cook’s ‘Microwave’ a theatre production directed by Izzy Rabey and sound design created by Eädyth. Having been inspired and influenced vocally by artists such as Haitus Kaiyote, Lauryn Hill and Erykah Badu, Eädyth and Izzy have been working through lockdown to create ‘Mas o Ma’ a debut EP that skirts the lines between neo-soul and old school hip hop bars woven with personal lyrics and funky smooth and an offbeat productions. ‘Meddyliau‘ laces glowing soulful instrumentals with entwined melodies and rhymes, wonderful.

Izzy Rabey says –
“I’m inspired by old school hip hop such as De La Soul, The Roots, Bahamadia, The Fugees along with Welsh language bands such as Pep Le Pew. My favourite band is Hiatus Kaiyote and I take inspiration from artists like Erykah Badu and Summer Walker so theres always a Neo Soul influence in there.”  (Bill Cummings) 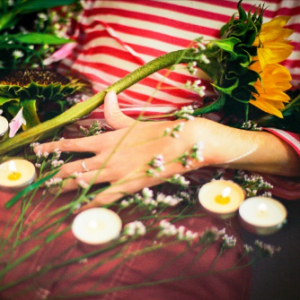 GIITV favs Rosehip Teahouse have been remarkably prolific and consistent in lockdown their new song ‘A Million Times’ swoons with Faye Rogers wonderful reflective tone, its a song about being true to yourself and lifting the pressure to be someone else for others, framed by shimmering guitars, brisk percussion and a fuller band sound that recalls the likes of Wolf Alice. Its the second offering from their ‘Fine’ EP set for release December 9th.

Speaking ahead of the release, Rogers revealed: “‘A Million Times’ is a lot of my anxiety manifesting in a song. I was finding that I would try and mould myself into what I thought everyone else wanted from me, not realising that I was losing more and more of myself in the process. And even then, what I thought people wanted from me was usually wrong. So it was all a bit of a mess, hiding my feelings, feeling like I was ‘too much’ for anyone else in my life. It was hard to break out of the cycle, but I’m finding it easier to be myself now. ‘A Million Times’ is a little reminder to myself that I don’t need to be that way anymore”. (Bill Cummings)

Lunar Bird craft illuminating psych pop songs laced with harmonic layers, glowing synth lines and garnished with vocals that oscillate between seductive and mysterious conjuring the likes of Goldfrapp and Broadcast. Their new single ‘Swallow Man Aviary’ is out now supported by Help Musicians Do It Differently Fund 2020. (Bill Cummings) 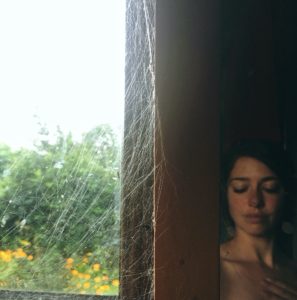 Eve Goodman‘s new single ‘Pellter’ is a haunting meditation upon grief and feeling hopeless in your attempts to get through to someone. Delicate acoustic arpeggios are sown with Goodman’s elegant and spellbinding vocal she wraps around each Welsh couplet and releases a soaring moment that stops time.

Eve says:  “I wanted to open the conversation about the reality of loving someone who cannot love themselves. About how hard that can be. I lost my Dad to suicide, and I carry this knowing with me. This song is about that shattering experience. Like my shadow, my grief will always be there, but I am learning to dance with it and process it through creative expression.” (Bill Cummings) 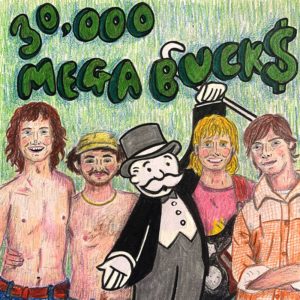 The grooviest, glamest, rocking most taking down of a publicist since Nile Rodgers and Marc Bolan chucked their management down a hill. If that ever happened.

Sound like it’s about to go all ‘Staying Alive‘ until the crunchy SG riff spins you round a few times and then Mott the Hoople punches you in the face with close harmony fists of fury.

30’000 bucks is the amount an agency wanted to release Buzzard, Buzzard, Buzzard supremo Tom Rees from a publishing deal and the “mega” is the atomic megatons in a bomb, thirty thousand, to obliterate human life as we know it. Aim it right at Donald Trump’s gonads.

This is less like a nuclear bombardment and more a sexy jump suit and 30 inch platform boots, with sequins, kicking you in the mid-riff.

One in the eye for the guitar snobs who think rock is dead. Wrong. It was hiding in Wales. (Jim Auton)