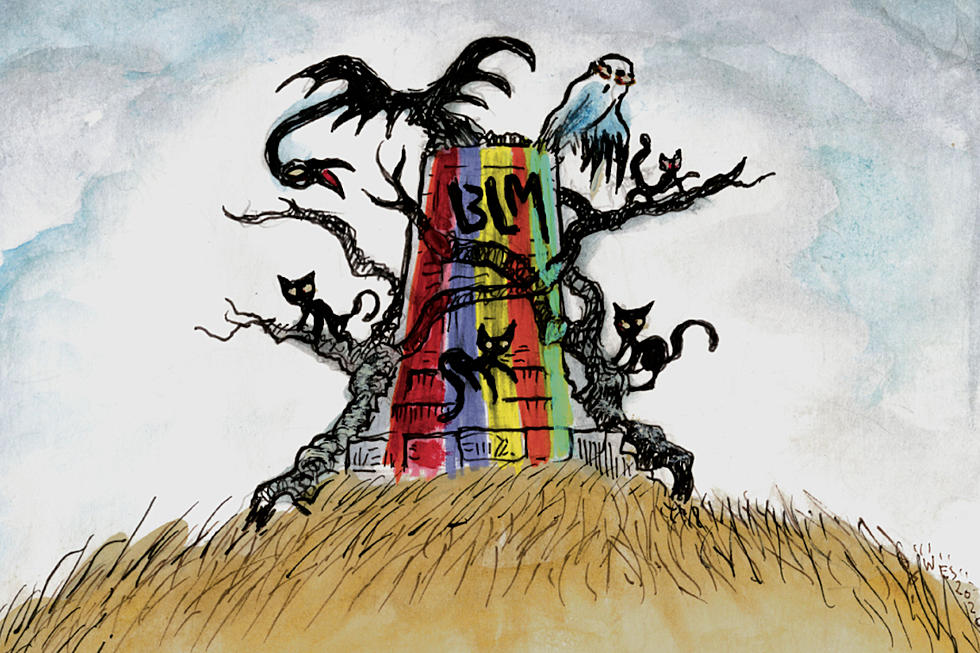 I’m either a month late reviewing this, or 6 weeks early, depending on your perspective, for The New OK has been available digitally since the 2nd of October, but bizarrely isn’t released in physical format until December 18th.

Whatever the uncertainty regarding release dates, however, what’s certain is that The New OK further cements my belief that Drive-By Truckers ought to be revered as one of the greatest bands in musical history. And that’s no exaggeration, for ever since their 1998 debut Gangstabilly, they have been constantly striving to better themselves, pushing in ever-changing directions while maintaining that classic Truckers sound. The result is that they always sound fresh, and although, granted, you could hardly suggest leaps of OK Computer >>>>> Kid A proportions, the fact is that Drive-By Truckers never, ever, sound like a pastiche of themselves.

A case in point here is ‘Sea Island Lonely‘ just over halfway through the latest long player. While most descriptions of the band would have them positioned as a “Southern Rock band“, you listen to the latter track and hear shades of both Marvin Gaye circa Midnight Love and Geno Washington and his Ram Jam Band, brass and all, while underlining their appreciation of punk too, with their rousing version of The Ramones‘ ‘The KKK Took My Baby Away‘ that closes out the album.

Immediately before that one is a song that surely must stand as one of the greatest pieces in the DBT canon yet, and certainly one that Patterson Hood, if he never wrote another thing, could look back on and think “Yep. We NAILED that one!” – quite frankly, ‘Watching The Orange Clouds‘ – despite its subject matter – is a stupendously beautiful number, a knowing nod to Crosby, Stills and Nash musically, at least at its inception, while Mike Cooley‘s guitar creates such a powerful atmosphere that you kind of feel like you’ve been whisked off to the desert somewhere, although the lyrics themselves refer specifically to the protests in the aftermath of George Floyd’s unlawful killing by Minneapolis police.

On the whole, The New OK is a far more positive sounding album than we’ve heard from the band in recent years. You wouldn’t know it from the opening lyrics of the title track: “On the big wingspan of your best-laid plans, a world that ain’t worth knowing in the palm of our hands” but takes time to acknowledge those movements and folk working towards a greater good for the sake of the country – “It’s a battle for the very soul of the USA.”

Cooley’s ‘Sarah’s Flame‘ is typically astute storytelling, beginning with the lyric “Sarah memorized every bumper sticker on the back of every pickup with a rebel flag” and instantly we’re hooked into the song’s murky underbelly, Cooley’s wistful vocal irresistible here, while ‘Tough To Let Go‘ – which apparently came to Hood in a dream – is an appealing waltz time number that harks back to late sixties England in its composition. And oh those horns, and that organ! Amazing stuff.

Interestingly, ‘The Unraveling‘ makes it on to the latest album, rather than its namesake predecessor, and bassist Matt Patton takes lead vocals, which add yet another new element to their sound – a post-punk style becoming apparent. These little changes every now and again are what makes me STILL after all these years get excited for new DBT albums. Recent single ‘The Perilous Night‘ too, further showcases how diverse this band can be, a blistering, funked up number with a similar feel to The Clash‘s ‘Rock The Casbah‘.

Most bands have dried up creatively by the time of their third album. The fact that Drive-By Truckers have hit a purple patch this late in their career, so that The New OK stands up as one their career highpoints, speaks volumes. Once again, a fabulous record.

The New OK is out now digitally and released physically on 18th December through ATO.