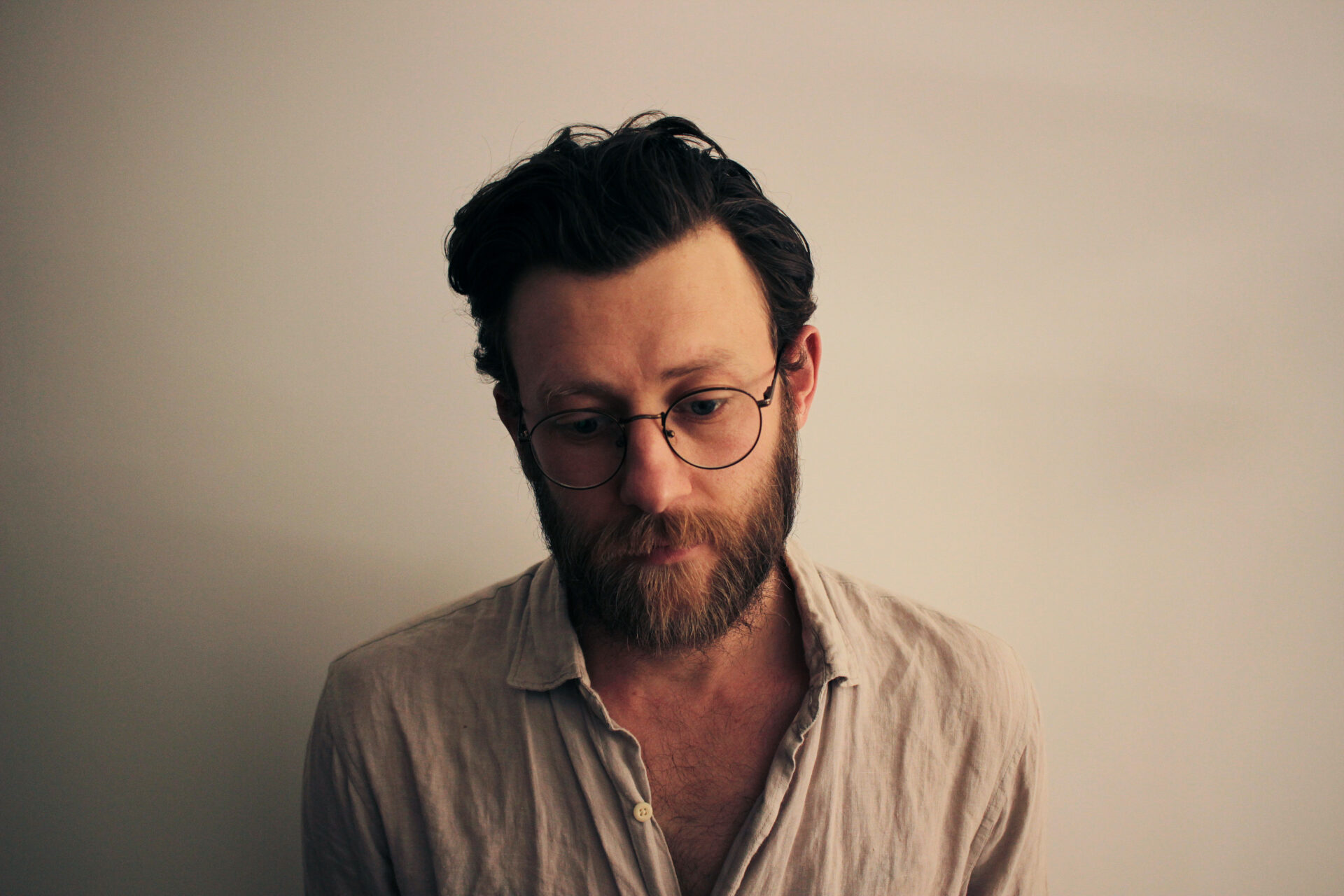 Last year I was trying to cover as many acts who played Leicester’s Handmade Festival as possible, but alas, I didn’t make it in time to see the brilliant Sam Manville’s set, something I intend to put right when we can finally get back to properly watching gigs again. Still, the good news is that Sam, who performs as S.T. Manville, has a splendid new EP coming out on Friday called Live From Nowhere, and the man himself was on hand to answer God Is In The TV’s questions…

How have you been getting through lockdown? Is it harder as a single parent? (I’m presuming you ARE a single parent, because of ‘Best That I Can Do‘, or is that merely theoretical?)

Well the kids’ mum suffers with a chronic illness and has to spend a lot of time in hospital so although I’m not what you would technically call ‘a single parent’ I do end up raising them on my own the majority of the time. It’s been made harder than usual with lockdown in place as the kids haven’t even been able to visit her for long periods of 2020. The worst thing for me has been seeing them be so sad about it while being helpless to do anything. Other than that I keep myself busy trying to creatively entertain them, we’ve had roller discos in the kitchen, nature trails in the park, I even wrote and recorded a pop song called ‘Angel Unicorn‘ with my 3 year old. Aside from the kids I keep myself sane by writing a lot I’ve been learning Irish Gaelic too.

I can hear shades of both Elliott Smith and Jason Isbell in your music. Were they influences at all? How would YOU describe yourself?

I’ve never actually listened to Jason Isbell although it is something I’ve been meaning to do for a long time so thanks for reminding me! I don’t know a huge amount of Elliot Smith either to be honest, I got into the self titled record about 10 years ago but it’s not something I listen to regularly. I think I’d describe myself as ’emo folk’ unfortunately… Haha. In regards to influences I listen to a pretty broad spectrum, folk, country, trad, punk, emo – a lot of early Counting Crows, Jason Molina‘s solo records, Robbie Basho, Peter Broderick, Liam O Maonlai, Willy Tea Taylor, Van Morrison, later Balance and Composure, early The Front Bottoms, Get Up Kids, Vic Chesnutt…

Survive it. I was talking to my Dad the other week, I asked him if the world really has gone batshit or if I have just reached an age that I am more aware. He said that it was the former and he hasn’t known a time so chaotically uncertain in his lifetime. It made me realise that life is such a turbulent and volatile place at the minute and a lot of it is beyond our control, I guess we just look at what we can control and try to take positive action accordingly. Some of the turbulence is healthy and positive. For example, there is still a lot of work to do surrounding race and gender equality and this needs to be done by everyone. On the flip side Brexit is happening at the end of the year, and this will no doubt create more turbulence at least in the short term. Trump is trying to start a civil war in the US. Society in general seems to be more and more polarised and angry. All these world changing issues are playing out against the backdrop of a worldwide pandemic that is having huge physical health, mental health and economic implications. We have to remember that we are forever in a state of flux, people hold on to this notion of stability but at times like these when life is being turned upside down for the foreseeable future I think all you can do is try to accept that instability and do your best. Sometimes just surviving and doing good to the people around you is enough.

How does the creative process happen for you in terms of songwriting?

There isn’t just one process really. Sometimes I write on guitar sometimes on piano. Sometimes I find chords first, sometimes a melody, sometimes a lyrical concept, sometimes just one line, but I tend to not try and form stuff into ‘songs’ until I feel like I have something I want to write about. I have some songs that were written within an hour of starting them, others that have taken over a year and others that are still just a chorus or verse that may never get finished. I think the only constant for me is listening to my inner self, following what I want to hear and say, not second guessing myself and trying to allow it to come out naturally. There are millions of songs in the world and I don’t want to add to that without it meaning something.

Who would be your dream collaboration and why?

I’ve been asked this question a few times recently and I haven’t found it easy to answer. After some ruminating I think I’d say Peter Broderick. His catalogue stretches across a wide variety of styles and he always manages to bring something unique and poignant to whatever he does. I also think the fact he writes songs, instrumentals and experiments with production means he’d be great to work with across the board, from the start of the writing process through to mixing and mastering.

How was it supporting Frank Turner? And did you meet the great man?

It was great. I’ve been really lucky that Frank has been a big advocate of my music since I started releasing last year. Before I had released anything I actually sent some demos to the email address he has on his website. I didn’t expect to hear from him but a few days later he sent me an email saying how much he loved the songs and we’ve kept up a correspondence since. Being asked to play some shows with him over the last year has definitely been a highlight. He even took part in a book project I did for my song ‘Little Victories‘. I hope one day I can find a way to repay his kindness!

What’s your ultimate goal, either music related or otherwise?

I’m very lucky that music has been my full time job since I was 20. I think my goal is to just keep it that way! I hope we can get back to playing shows again over the next 12 months as that is something I have really missed this year. Other than that I’m not a financially motivated person at all so I’m happy to scrape by while having the time to indulge creativity and enjoy my friends and family, anything else is a bonus.

Is there anything else specifically that YOU would like to talk about?

Live From Nowhere is available from 27th November onwards.