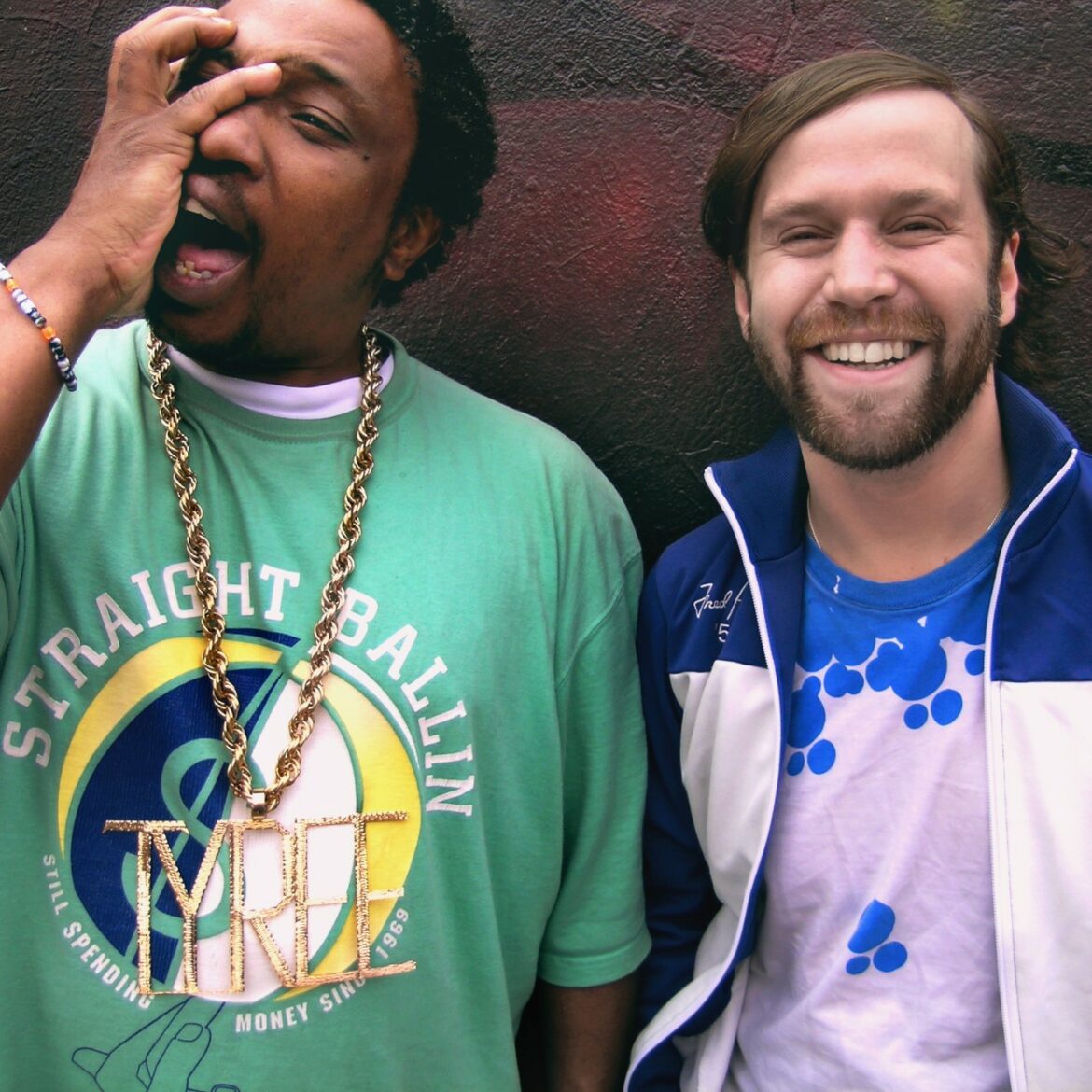 There was a time – think back, if you’re old enough, to the days breakdancers invaded your local shopping centre and Herbie Hancock’s ‘Rockit’ was in the charts – when electronic music and hip-hop were one and the same thing. Somehow, in the subsequent proliferation of different styles on both sides of the fence, they’ve become separated, even though everyone from Autechre to Luke Vibert talk fondly of their favourite rap tracks and namechecks Aphex Twin in his tunes. It’s a situation that Jack The Box, a unlikely but inspired pairing of former Wolverhampton, now Berlin-based DJ Bobby Starrr and Tyree Cooper from Chicago, whose hip-house single ‘Turn Up The Bass’ grazed the UK Top 10 as far back as 1989, are here to remedy.

They’ve been staging parties in Berlin for nearly a decade now, including a now long running residency at the famous Tresor, bringing a colourful antidote to the often moody, dour sounds of tech-house and techno that used to rule the city’s night life. Temporarily stymied by the Covid panic, they’ve turned to their catalogue and label Hypernatural to provide a focus for their creativity, starting with this re-issue of their long out of print 2013 debut album Side A.

Their trademarks work to a very different agenda. Vocals, and plenty of them, sometimes rapping from Tyree or guests like Bam from Jungle Brothers (on ‘You Can’t Judge’) or Mandel Turner, or soaring soulful or even gospel-influenced singing. The grooves hark back to the essential party vibes of Chicago house’s original days although there’s nothing retro about the sleek, finely tuned production engine firing up here.

Among the highlights here, you’ll find the Nicolette-styled vocals of June Honeymoon, floating gracefully over the sultry, gently jacking ‘Begin Again’, the go-go beats and funk guitar of disco-slanted corker ‘Bubblez’ and the handclap and piano-stoked stormer ‘Jazzin’ with its gutsy female vocals ripping up the place. ‘Got You’, which is graced by the voice of Lady Blacktronika, is slower, almost harking back to the days of 80s synthpop, but dripping in soul. ‘Grassss’, on the other hand, is speedier and more like the house manoeuvres of today, but swaddled in real string sounds, lending it an air of Faze Action’s similarly adorned ‘Into The Trees’.

With so many artists reversing into rather depressing introspection during lockdown – who can blame them, let’s face it – it’s refreshing to find something that bursts with life, soul and good party atmosphere. This is just the start – there are remixes aplenty spilling out in the virtual world, including a highly recommended reworking of ‘Heat’ by Chicago legend Paul Johnson, plus a promise that Side B could well be landing in 2021. But in terms of variety, authenticity and general irrepressible good vibes, there’s plenty here to get your teeth into. When it comes to Sides.., well, we’re definitely on theirs.