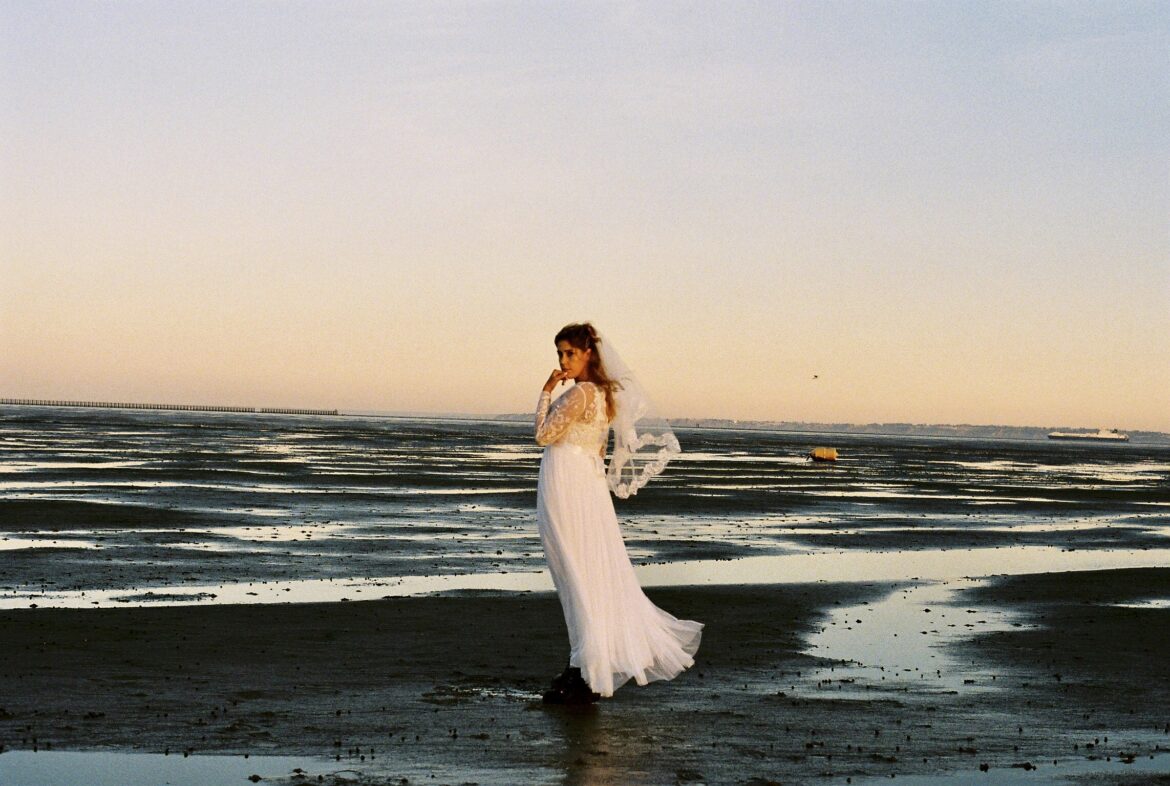 Bringing retro 80’s inspired aesthetics back into the 21st century, Natalie Shay is a sight to behold and a formidable artist in their own right, with a collection of catchy pop songs under their belt and a bright future written in the stars. Their new release ‘Naked‘ featured in our recent ‘Tracks of the Week‘ list where I called it “a retro-tinged pop hit with polished vocals, detailed harmonies, and clean production that makes it a joy to listen to. Shay’s emotion shines through with a strong melody that will get stuck in your mind”.

Hey! I’m good thank you! excited to be doing this interview!

Tell me about your new song, “Naked” and the concept behind the music video.

The song itself is basically about ‘fear of commitment’ but from the point of view of someone young being scared to commit rather than someone who just wants to be naughty lol, when discussing the video we wanted to capture this theme and what better way to express this than with a runaway bride!

We were first meant to shoot the video back in March but due to lockdown restrictions in the UK we were unable to, however, we eventually got round to shooting the video in august this year (which did mean the beach scenes were much warmer to shoot), it was definitely worth the wait! It turned out so much better than I ever imagined, we also shot the whole thing in a day!

I have something lined up for early next year that I will be announcing shortly! follow my socials for updates 🙂 stay tuned ..

it was a country song, not great, but ok for an 11-year-old. I’m not sure who I had written it about though haha

Growing up in London has meant an incredible music scene! There are (usually) always a hundred events on, so much live music and overflowing with creativity and musical people.

I’m still waiting to play my 4 time rearranged EP launch / Headline show at Camden Assembly, this has always been a dream of mine, I’m very excited however, the ultimate dream would be to support Taylor Swift

T swift (obvs) my favourite band is a band called Little Comets, I also really like kate nash and other storytelling lyric writers.