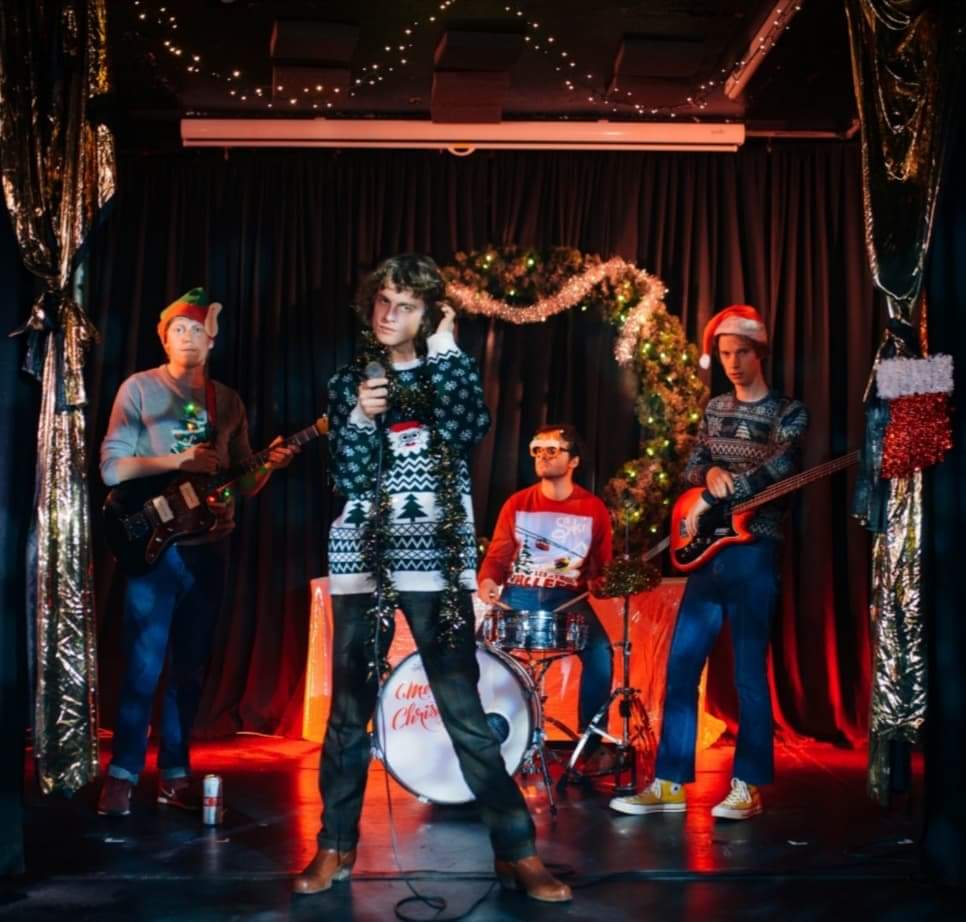 Buzzard Buzzard Buzzard have today unveiled their Christmas single and video and also announced several socially distanced gigs in London and Leeds for Independent Venues Week at the end of January.

The single, ‘Christmas Is Coming (We All Know the Score)’ is a bit of a swipe at the materialistic side of the festive period and questions, with the tongue wedged in the cheek as usual, whether the real message of Christmas has been lost.

Buzzard Buzzard Buzzard mastermind Tom Rees said about the song “Weirdly enough this Christmas song was written many years ago but I suppose the absolute grinding nightmare we call consumer capitalism never really takes a sick day even during a global pandemic, so at least one positive take away from writing sarcastic songs about capitalism is that the situation is almost definitely only going to get worse and we can only become more alarmingly relevant as each year goes by – all of this considered I did just buy a gigantic new computer screen from Currys/PC World so I’m not quite immune to the charm of it all, I just like to nag more than anything.”

Naturally, it is in the vein of all Buzzard Buzzard Buzzard tunes, and is in the long held tradition of seventies glam stomper Chrimbo hits. Think Slade, Wizzard and Mud all rolled into one, and add a dash of Justin Hawkins falsetto. Except it’s basically an anti Christmas song or at least what late twentieth/early twenty first century capitalism has turned it into. The video captures a band fully in the grip of Grinch fever, volleying Christmas trees off the stage, and generally looking fed up of the whole debacle. A must for all those not really in the spirit of things despite everyone’s attempts to start Christmas in early November.

Happily, however, they are playing in support of Independent Venues Week at two places in London and Leeds, Lafayette in London on 28th January and the Brudenell Social Club in Leeds on 29th January. Both will of course be limited capacity and seperated appropriately for Covid rules. Tightening of regulations permitting. Fingers crossed everyone, it’ll be a belting couple of nights. How we’ll sit still is another thing, but we’ll cross that bridge when we get to it. Tickets available soon.