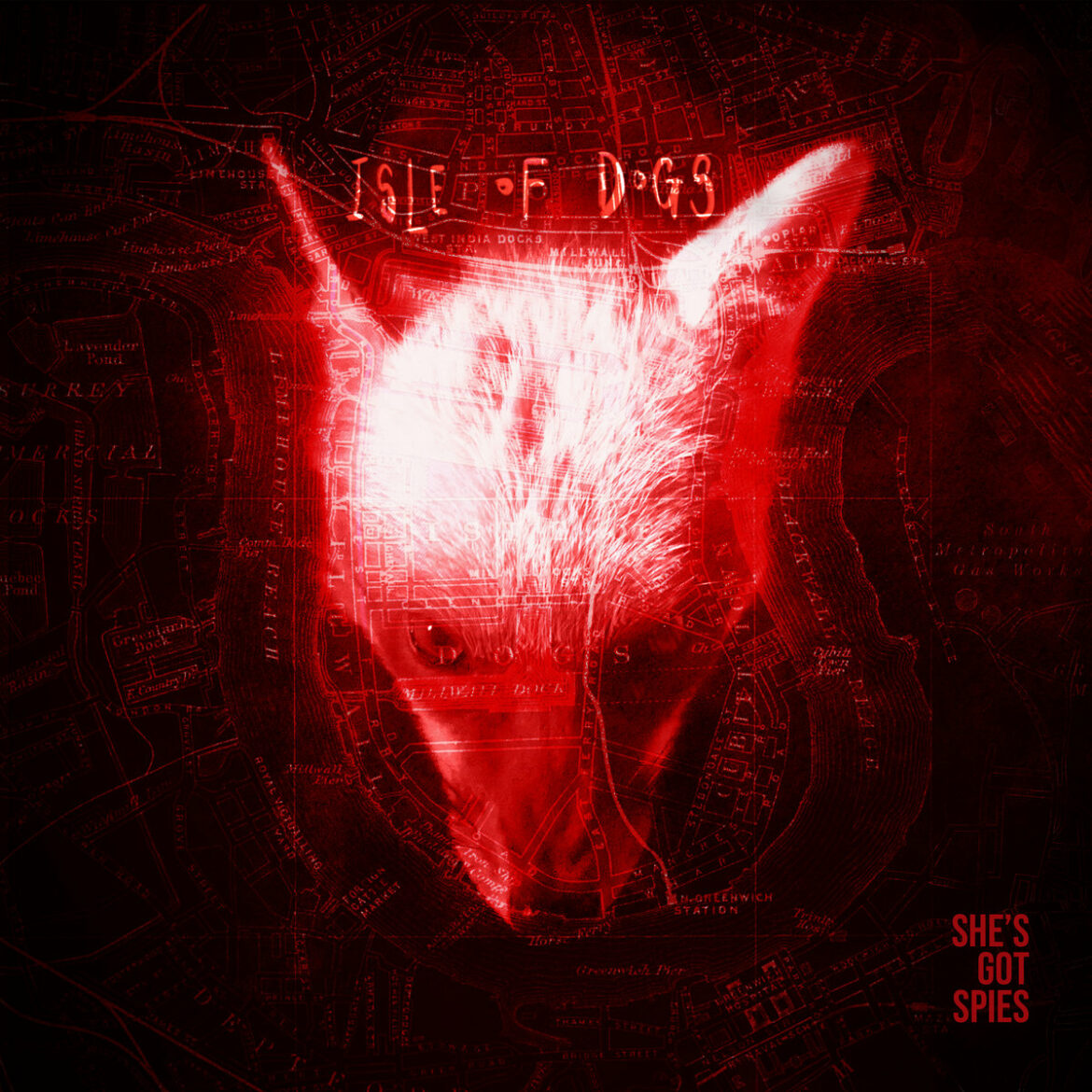 Laura Nunez returns with her second full length release, and from the opening track here – the enjoyably jaunty single ‘Super Sniffer Dogs‘, you could be forgiven for wondering whether Madness‘s debut abum, One Step Beyond, was its blueprint, such is the frolicking music hall nature of its blithe spirit. Plus, whereas on Wedi, the first long player by She’s Got Spies, the track listing was entirely in the Welsh language, for Isle Of Dogs, it’s strictly English this time around, for the most part.

Where Isle Of Dogs works best is at those moments that recall Dubstar – ‘Harasho‘ for example, sounds like the latter band performing J-Pop, although it is, crucially, a lot more aesthetically pleasing than my description of it might suggest! Or ‘The Fear‘ (nothing to do with the Lily Allen song, though you do wonder whether the title was Nunez poking fun at herself with her tongue planted firmly in cheek, given the fact that that her vocals aren’t a million miles away from Hammersmith’s favourite daughter at times), which is an unexpectedly beautiful number,again leaving me contemplating the ‘Madness as an influence’ possibility, for it sits somewhere between ‘One Better Day‘ and ‘Grey Day‘ both musically and lyrically. And hey, if you ARE going to base something you’re writing on the former North London invaders, where better to start than arguably their two greatest records?

There is, of course, the odd point where Nunez reverts to the Welsh language, most effectively on ‘Wedi Blino‘, which is delightfully off-kilter, like a kind of cross between Sparks and Super Furry Animals. I’m not sure that ‘Where Did You Go?’ works particularly well as an album finale, however, if I’m to make any criticism of Isle Of Dogs. The orchestral strings are nice enough,and it’s undoubtedly well produced, but the song just plods a little too much to be as effective as it wants to be. It feels like it wants to be Blur‘s ‘This Is A Low‘ but never quite hits those heights.

Still, there’s enough here to suggest that She’s Got Spies are on the verge of something great, Laura Nunez is undeniably a talented songwriter, and the gorgeous ‘All Outta Tears‘ is up there with the best tunes of 2020. A more than worthy follow up.

Isle Of Dogs is out now on Zelebritee.