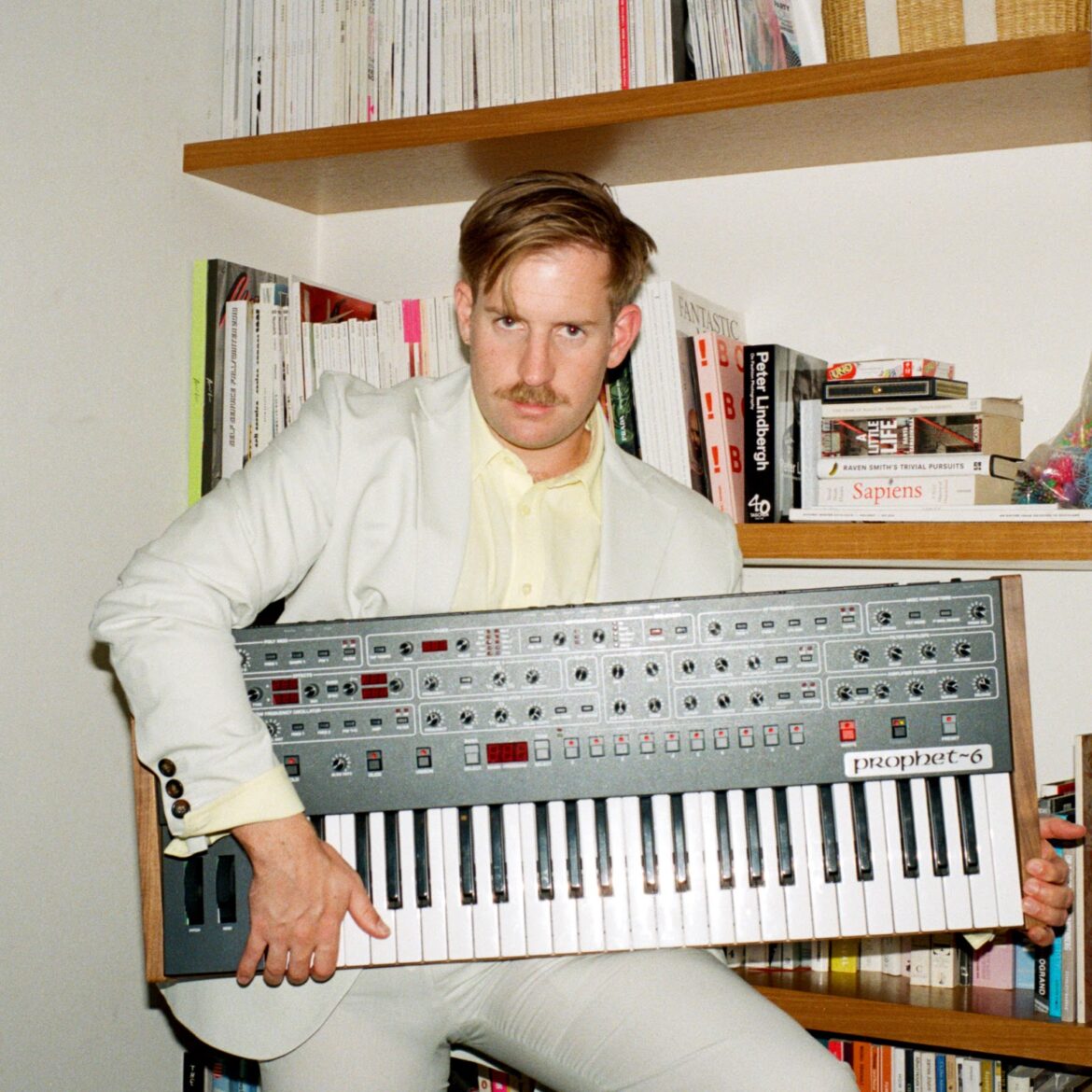 London based Rhumba Club is a fairly new discovery for me and an artist I was instantly enamored with. With their new song ‘Guilty‘ they have solidified themselves as one to watch in 2021. With big, bright synths, draped in 80’s aesthetics and forced through a modern filter to create a unique world of delights. I asked them a couple of questions about their new single and more…

OK, thanks. Probably like most Millennials in December 2020 – a bit anxious and tired of looking at a screen, but I’ve been finding some time to write again in recent days, so I’m feeling optimistic for 2021.

Tell me about your new song, ‘Guilty‘ and the concept behind the song.

In an era of high political tensions, I thought it would be fun (and a bit provocative) to release a track about what happens when your instinct errs from the consensus around you. Everyone lives in a political bubble right now, so I hoped my fans would relate, irrespective of the particular bubble they may be inhabiting. Also, I thought there was something really cheeky and darkly funny about me conveying these lyrics amidst a soundscape referencing the high camp of ’80s sophisti-pop records (ABC, etc.).

What was your experience like putting the music video together and where did the idea come from?

I worked with one of my favourite photographers – Ivan Ruberto. The brief was that it had to maintain the ‘Rhumba Club’ element of the video, whilst being a little darker than usual with an almost intrusive gaze. So we combined super-intense close-ups with shots of Rhumba Club trademark moves and put an almost red-light-district filter over the top.

I’m going to release two or three singles and then an album in 2021. The goal being to suck more and more people into the Rhumba Club. Like a very colourful, inclusive, synth-laden giant magnet. I also want to shake up the project a bit, in terms of my artistic output.

A terrible attempt at a kind of Band-Aid song – it was called Follow On, and I was 10. My mum made me play it in front of my piano teacher. Poor woman.

Terrible, with really reductive references to poverty that made me look excruciatingly moralistic… It’s just dawned on me that I probably hit Bob Geldof’s brief.

Desolate right now, but before lockdown, there were a few bands that were reworking hitherto ‘uncool’ retro vibes. I was actually getting super-excited about 2020, musically-speaking. Silvertwin were a band that just set me alight.

We supported CHAI at the Village Underground last year. They were great.

I am really into what I term the ‘renaissance’ men, women, and non-binary persons of pop. There is a long line of true multi-disciplinary creatives that I aspire to emulate career-wise: David Bowie, Dev Hynes, Kate Bush, Peter Gabriel, Grimes, Bryan Ferry, etc.

Blood Orange, without a doubt.