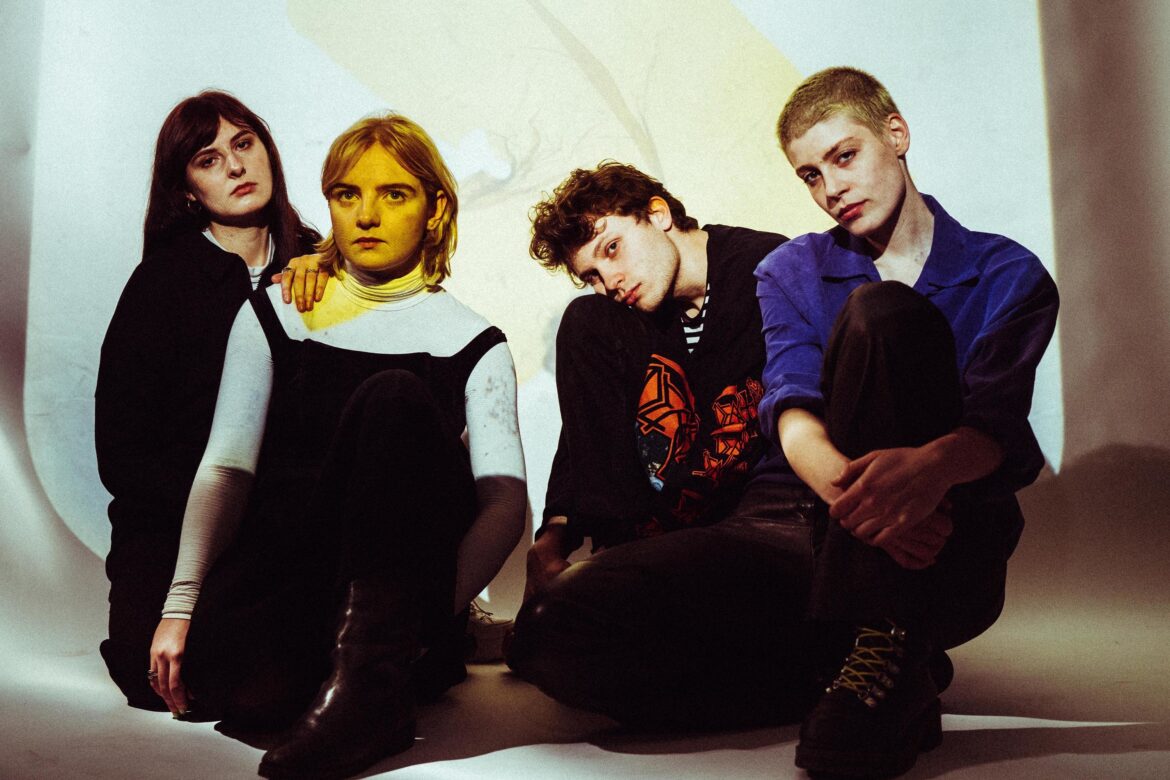 It’s been a bit of a different year hasn’t it?!? For all of its cataclysmic shiteness, one good thing came out of it as myself and the gaffer began our podcast, Show Me Magic!, which has resulted in me listening to more songs in a year than I have ever before.

Which brings its own problems. To use an old football adage, having so many great players to choose from is a nice problem to have. Well I had a long list of over 100 tracks that I’ve enjoyed this year, mostly down to the pod and the great guests we’ve had. I have also chosen a few that my trusty co-host, Bill Cummings, picked for the pod that I think I have loved more than he has.

Anyway, these twenty tracks could be in any order really but this is a good enough sequence.

PR specialise in visceral, heart-crushing, violently beautiful music that rattles you in the best way possible. This stunner and ‘Lilac’ tug on every string you possess and shake you to your core and leave you crumpled on the floor as you reach out like Gollum or Luke Skywalker to press repeat.

There is an argument that the post punk that has infiltrated the scene over the past few years has reached saturation point. Fontaines D.C. have steered away from it and those coming up on the rails aren’t quite hitting the right notes this year. Except Egyptian Blue. They are doing something much more intelligent, adding layers of intrigue and fat hooks of angular guitar and duelling vocals.

“I’m sorry, I ate some cheese” there’s not much more you need to know really. It’s quite apparent most of my favourite songs this year are not happy tunes, but for this I made an exception. Mainly just because it is so ridiculously infectious and fun. It’s played with joy and a sense of sarcasm but with the knowing that they’re just really good at it too. The Jose Mourinho of pop songs, they know that this is great and they back it up.

Just emotionally stark and pin drop beauty fighting for prominence, Covid cough and samples used to add suspense and foreboding to the verses but then nostalgic sentimentality trumps it and a lump appears in your throat as you think back to before the nightmare of the twenty first century.

Incredible cerebral anger and angst that will be immense live, but here just explodes out your speakers like an aural punch in the gut. Expertly layering guitars overlapping to cause a cacophony of beautiful noise, railing against the gammons and racist twats who claim to speak for everyone in Britain.

One of the singles to be taken from one of my most anticipated LPs to come out early in 2021. It could have been anything she released this year as they are all stunning but this has such brutally honest lyrics with a huge rousing chorus and heavy guitars that stop dead which seems to evoke the nature within and subject of the song perfectly.

Prog for the twenty first century. A heady, sprawling, throbbing song with a cyclical guitar hook and riff. It feels like a long distance bus ride across the states, like a drugged up version of ‘America‘ by Simon and Garfunkel or the soundtrack to the more blissed out sections of Fear and Loathing in Las Vegas. It is quite the hallucinogenic cocktail. Droning and rolling around the floor. Ace.

Along with Anna B Savage there’s a sense of freedom to how Laura sings, it’s incredibly natural rather than a put on style that suits a genre or whim of a producer or manager. There’s a classical feel, a knowing wink, a sense of resignation. It’s beautifully played and sung and has the pop sensibility to be catchy and fun at the same time. Taken from Safe From Me, Laura’s debut album out on Balloon Machine Records in November, it is a highlight on a delicate record that I reviewed last month.

Everything they do on their LP, Sprawling, from this year is beautiful, sweet and moving. Not a foot put wrong on there but this is a gorgeous opener to the record. There’s a Dickensian feel to their contrasting vocals, an Artful Dodger to the Nancy which complements so perfectly it is theatrical at times. Their way with melody is sublime and the whole record kept me sane this year. Stunning.

Doing New Order better than the original. Controversial I know, but there’s just something so much more engaging about Sydney and pals than the gruff Mancunians. Hacienda cool and post punk colliding as if brand new as somehow there is something so fresh and vibrant and engaging and exciting. The youth showing us old fuckers how to do it.

My song. My local favourites. There is a predilection for this kind of pop at the moment but DSR just do it so much better than anyone else. More layers, more tangents, and whilst still simplistic everything is there because it needs to be not because it can be, it’s all necessary. Could have chosen any of their singles from this year, but, well I don’t have to tell you why really. It’s obvious.

They’ve been busy bees this year. Two EPs of perfect pop, but this one, the first single of the year is my favourite. From the debut EP, Chillin in the Void, this and the whole of that EP encapsulates this year and again aided me in my fight for sanity. To know other people were equally as screwed up is a comforting thing at any time but this song, done in isolation, is simple and very effective. Just Faye and a keyboard. Stick the headphones on and chill in that void.

Not a lot gets me dancing, mainly only The Rolling Stones at weddings, but this is so infectious and groovy and has the traveling rhythm that means it’s involuntary. A highlight from their debut LP, Container, out early this year, live this is probably even better. Live music (sobs)!!!

Well knock me down with a vintage leather jacket, The Strokes were back and it was good. If I didn’t know this was them on first listen I’d have assumed it was Julian Casablanca’s other project, The Voids, although on further inspection it’s unmistakably The Strokes. They are the coolest motherfuckers on the planet and this cemented that they can still do it. When it sounds effortless, even though it probably isn’t, that’s when they sound at their best. When they appear to not give a solitary shit. The LP is their best since 2003 too. This year was good for some things.

Well I am, too late. In twelve months of general misery, this was one of few genuinely joyous happenings. The opening gambit to their second record, bang, out the gates, wallop in the face with guitar then the most contradictory line in music this year. Sure fire opening song for any gig they play from now until we all die.

Final track from Fenne’s second album, Breach, it’s heartbreak even with a dash of her wry wit. As the strings swell something rises up to the throat and then to the corners of the eyes. Perfect ending. It’ll be stunning in a pin drop silent room next year. Please. Please. Please…

The singles are good, but the Dublin boys have a propensity for final chapters to their records and this is another kick in the feels. The art of having a perfect ending to a record seemed to be a dying one, fortunately bands and artists seem to be recognising it’s importance and so many albums have the brilliant send off it deserves. You remember an album when the last song is stunning. Exhibit A.

Queen of Lockdown. She took the bull by it’s horns and carried on regardless with album number seven and won. Whether or not she’d have had the impact without the pandemic is debatable and irrelevant as she did and it was beautiful. This is just stunning and she struggles to not be, always.

A slice of melancholy from my favourite album of the year, because there’s so many different genres and styles and sounds from this chameleon of a band. Such an exciting band that seem to be using lockdown to record so we might get more new music next year. Woo hoo.

I didn’t but I thought about it. Instead, I’ve let it grow ridiculously long. And besides if I had soundtracked cutting my own hair with this song, I’d’ve ended up looking like Harry from Dumb and Dumber. It is without doubt the loudest recorded song this year. They never fail to hit the mark. Their sarcasm and apparent irreverent attitude disguises incredibly adept musicians and songwriters. Comfortably the best and most consistent U.S band of the past 15 years.