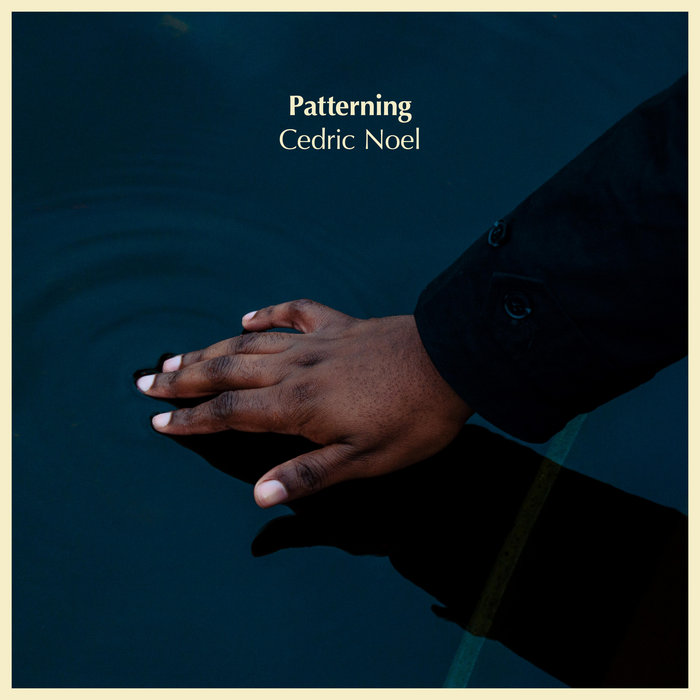 An artist who has slowly creeped into my playlists, and thoughts, over the past few years is Cedric Noel. There is something about his music that just sounds fantastic. Noel has a way with tone and texture that is hard to describe but when it starts you immediately know this is for you. His music ranges from ethereal soundscapes to slightly more conventional singer-songwriter stuff, but he’s at his best when he is somewhere between the two.

His latest album, Patterning, is the former. Is it a collection of eight ambient leaning songs that Noel recorded when he got his first synths a few years ago? They are mostly instrumental improvisation pieces. Album closer ‘Fresh’ does feature vocals though, but mostly they are the sound of a man working out how a new piece of kit works. Listening to Patterning you can hear someone falling back in love with music as their possibilities are seemingly endless, now they have a new toy to tinker with.

As Patterning is so soothing, no that’s not right, meditative, no, still not right, transcendent, no, not quite, tranquil, serene and unassuming, it allows the listener to untether themselves from their surroundings and drift off somewhere else. While listening to Patterning I was allowed a respite from modernity and started thinking about:

Do I have enough non-bio for a wash today or should I buy some on my lunch break? How is glitter made and why can I never get it off anything it touches? If Theodore Roosevelt had shot the tethered bear in 1902 what would we call ‘teddy bears’? What is it about Dan Clowes books I find so relatable? Is it how he managed to distil sub-cultures and tropes into such believable characters that are in unbelievable situations? Or do I just really like his brand of writing? How many people have I met in my life and how many do I actually remember? Do I remember people I passed on the tube in greater detail than someone I went to primary school with? Will my parents, and everyone on their own for that matter, be alright this Christmas, when will we all be allowed to meet up without the fear of contagion? When, and how, will Brexit end? If you could show those animals who are our ancestors how it was all going to pan out, would they have bothered or just stayed where they were? How long did Bill Watterson take to create a single Calvin and Hobbes strip?

And so on, and so on. I could list another dozen random thought that entered my head while listening to Patterning, but I won’t because you’ve had a similar array of thoughts throughout its duration too. The point is that an album like this doesn’t just sound exquisite, it does, but it allows us a chance to just drift in the mental ether for an hour or so, and rediscover what is important to us again. When Patterning finishes, reality switches back on and you realise there are half a dozen emails you need to sort out now. So back to the grind you go, safe in the knowledge that you have an escape route at your fingers if you need it.