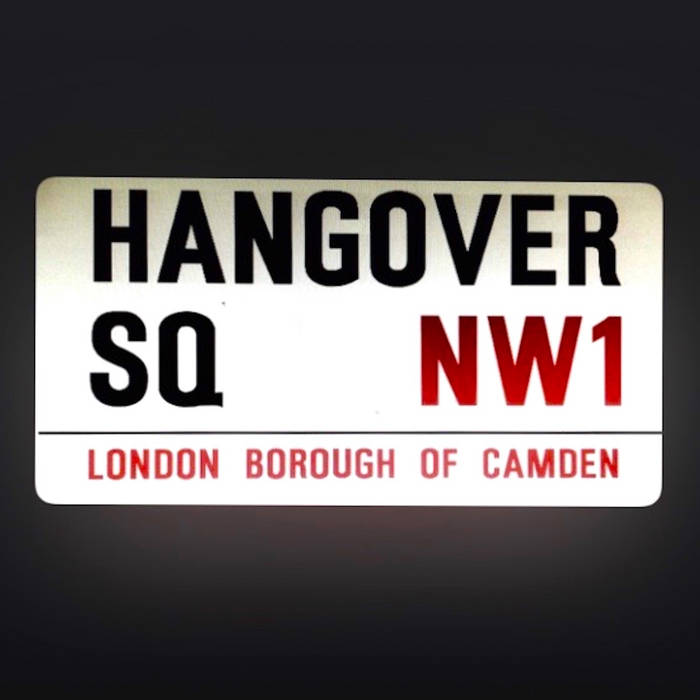 I can’t really remember how, or when, I first heard about of Arrowe Hill (oAH), but I’m guessing it was around 2003-ish. As with all the best musical finds, I’d stumbled upon their genius, and criminally underrated, debut album The Spring Heel Penny Dreadful and Other Tales of Morbid Curiosity. After I’d played it, it was all I played for a LONG time. My eBay account name is a lyric from this album. At the time I was living in Dorset but regularly travelling up to London for their gigs whenever I found out or had the money to go. They were raucous affairs filled with searing guitars, psych leaden lyrics and glorious melodies. In the years that followed Spring Heel… the band had a revolving door of London’s finest and most wayward players, with frontman Adam Easterbrook being the only constant member, that helped craft six albums in the oAH saga.

After a two-year break Easterbook has returned with Jason Hobart Ian O'Sullivan, of The Aardvarks fame, on bass and drums still in the fray. This is great news as the recordings have a deliriously discordant vibe to them. This line up has the protentional to make cacophonous bangers like ‘Whistleblowers Anonymous’ as well as meandering thought provoking ‘Creeps Like Us’ and ‘White-Knuckle Life’. As with all the previous albums it’s all about Easterbrook’s lyrics. Even after 20-years he still has the power to deliver something that either makes you smile, cry, or scratch your head. On ‘Creeps like Us’ he barks “Truth is a shy one”. His lyric has no real reference to the rest of the song, but it works. This has always been oAH’s clamorous charm. ‘This Town is Closed’ has Springsteen motifs to it and could be one of the finest songs Easterbrook has written. “This town is closed, don’t believe all you’re told, no one really cared. Man, it’s declined, it’s a sign of the times not a brave new world” and “The place where the hearts stay broken, let’s not say tonight” are some of the most insightful, and vague, lyrics oAH have ever committed, showing that while you might not be able to teach an old dog new tricks, you can still bask in their ability at performing the original ones better than you remembered. Opening track ‘Living the Last Days’ has a jangling rhythm to it that reminds me of being drunk and playing with my keys on the tube home. ‘Uncanny Valley Girl’ is the owner of the best riff on the album. Part Neil Young, part proto-rock, part art-rock it’s a proper monster that dominates and makes you smile.

What is remarkable about ‘Hangover Square’ is that after 20 years on the carousel Easterbrook is still capable of delivering an album that possesses that rowdy passion which made me fall in love with the band in the first place. The songs have a ragged glory to them. Title track ‘Hangover Square’ has luminous psych sounding guitars, but in other places they sound scratchy, ‘On Hope Street (It’s Starting to Rain)‘, like they are being played by spirits from the other side of the grave. While Hangover Square isn’t my favourite oAH album it’s definitely a photo finish for a podium spot. How many other bands that have been going as long, and released as many albums as possible, can you say that about?