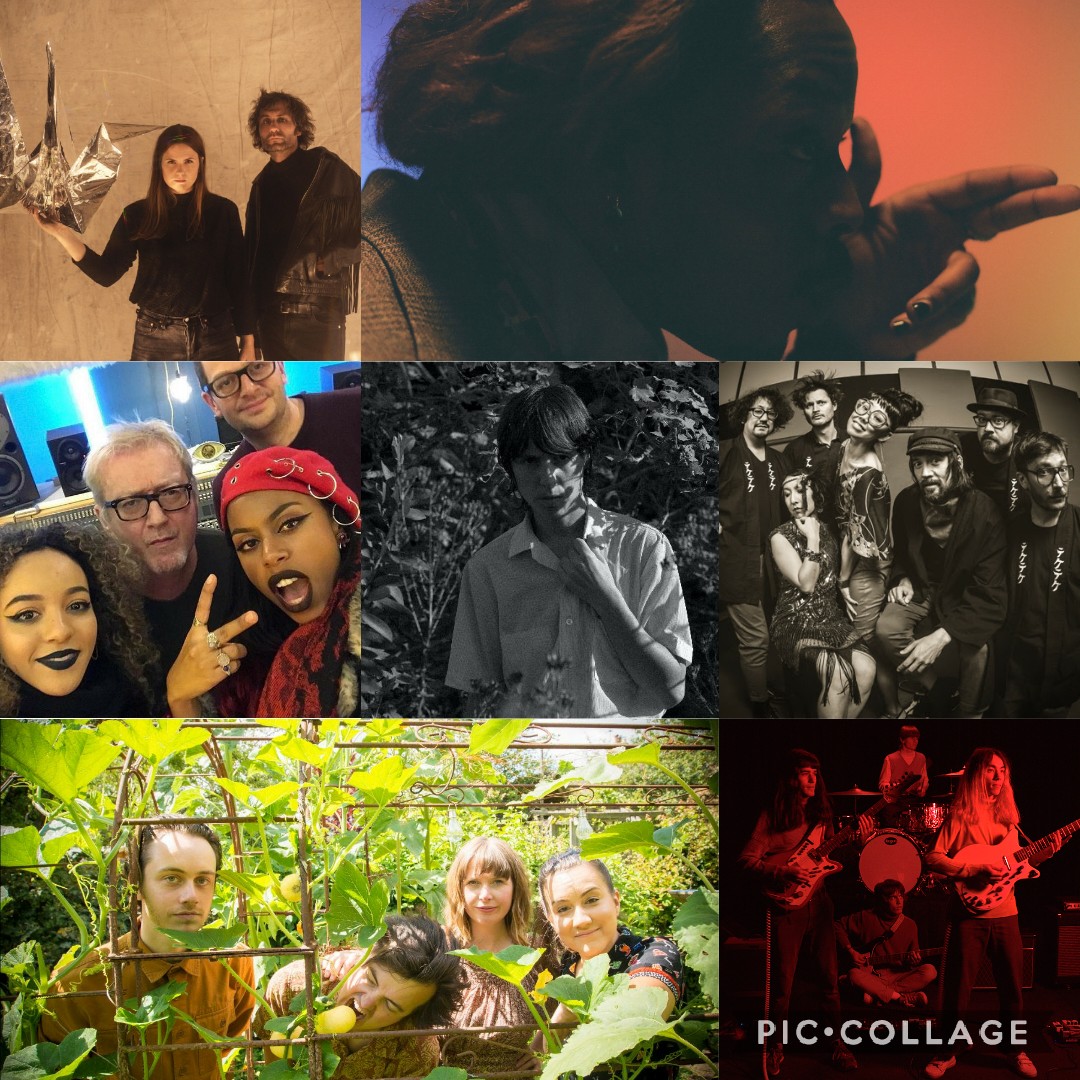 Welcome to the latest instalment of Tracks of the Week, featuring two selections from God is in the TV’s Deputy Editor Simon Godley and one from GIITTV editor Bill Cummings. With the new music release calendar heating up as we move further into the new year, we’ve been spoilt for choice in terms of exciting new music to feature. So, without further adieu, take a dive into this week’s round-up of tracks you need in your life to get you ready for yet another week in lockdown.

Why we love it: The band’s new single is an immediately impactful pop gem, complete with rolling synth basslines and hooks galore. Production-wise, the track manages to balance sophistication with raw energy, creating a lush sonic environment whilst retaining its impressively structured songcraft. Taken from their upcoming third album, which the band will be releasing later in the year, ‘Transparent’ is an exploration of loneliness that, according to Misty Coast, “Traverses the idea of someone creating a mirage of who they are, left empty by the result.” For their latest effort, the band enlisted the services of drummer Kim Åge Furuhaug (Orions Belte) and Emil Nikolaisen (Serena-Maneesh) for production duties. This expansion of the project seems to have led to a greater level of experimentation and scope, which is paying off dividends if their latest single is anything to go by.

Why we love it: Just over a year after the premature passing of the Gang of Four’s founding member and guitarist Andy Gill and a few months ahead of the release of the tribute compilation album to him ‘The Problem of Leisure: A Celebration of Andy Gill and Gang of Four’, ‘Where The Nightingale Sings’ is the second single to be taken from it. Originally from the Gang of Four’s eighth studio album, 2015’s What Happens Next, here the song is remixed by Robert “3D” Del Naja of Massive Attack and features vocal contributions from the London-based alt. rock duo Nova Twins. Del Naja stays true to Gill’s acute spatial awareness of sonic structure, but largely replaces much of the original’s piercing inflection and scabrous intent with an almost divine intervention that oozes rhythmic class and tranquility. (Simon Godley)

Why we love it: Not many would wish to be in the shoes of summer 2021: think, the expectations of millions resting on your shoulders to deliver the goods and provide a season of love, good health and prosperity, after what has been a long, dark winter. It’s lucky then that Wasuremono have preempted the summer feeling that many crave, delivering a sun-drenched and inescapably uplifting new single. The contrast between the atmospheric, rather dark, verses against the joyful spirit of the choruses and coda further establishes a sense of release and relief. Already winning plaudits across BBC 6Music and beyond, this year could be a big one for Wasuremono. We’ll be watching on with bated breath.

The Lazy Eyes – Where’s my Brain

Why we love it: The Lazy Eyes are an Australian four piece who met at school. They’re still in their teens, and they appear to have forged a telepatic relationship that bleeds into their work. This first offering is a frazzled seven minute jam, ripe with a myriad of riffs and grooves, shifting like psychedlic terrains moving below your feet. Threaded with crystalline vocals that recall The Flaming Lips or The Pixies, and rustling for some respite amidst the dizzying onslaught of the modern world. Awesome! (Bill Cummings)

Why we love it: TEKE::TEKE is a seven-headed beast of a Japanese psych-punk band who are based in Montreal, Canada. Their clever use of the double colon analogy symbolism operator in their name distinguishes them from the Japanese urban legend about a young woman who fell onto a railway line and was cut in two. Their music similarly stands apart from the everyday, assuming almost mythological proportions in its revved-up maelstrom of western psychedelia as it seeps deep into the more traditional musical culture of their homeland. Try out their new single ‘Meikyu’ for size. It is taken from their debut album Shirushi which is due out on the 7th of May on Kill Rock Stars. (Simon Godley)

Hand Habits – I Believe in You

Why we love it: Meg Duffy’s interpretation of Neil Young‘s After the Gold Rush classic ‘I Believe in You’, like all good covers, retains the intension of the original whilst offering something fresh and exciting. In many ways, it feels almost reductive to label Hand Habits‘ new track as a ‘cover’; it’s more accurate to view it as a reimagining, such is its strength. ‘I Believe in You’ is the second single to be taken from Hand Habits’ forthcoming EP, Dirt, scheduled for release via Saddle Creek on the 19th of February. Much like previous single ‘4th of July’, there’s a slow, brooding quality that runs through the track that demands your attention, drawing you into Meg Duffy’s world.

Why we love it: ‘Ko Si Mo’, the lead track from Loshh‘s new EP ÍFARADÁ, is a smokey, Latin-tinged introduction to an artist well worth keeping an eye on. The album was created last year in one month during lockdown. Unable to escape from the intrusive thoughts that many experience in periods of isolation, the Nigerian, Netherlands-born, London based artist confronted those thoughts head-on: “I couldn’t run from what was going on in the world nor my mind. My mind was ticking, I had to take it out and speak my thoughts – March and April were especially manic and it was taking a toll on myself, I had to express.” That sense of restlessness, of inner confrontation, permeates this intriguing track. As listeners, we’re exposed to Loshh‘s tortured internal conversations, making for a captivating and intimate experience.