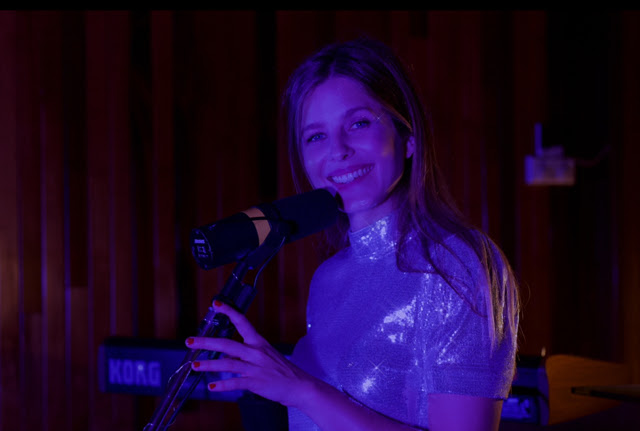 I Am Boleyn is poised to announce a brand new release with the arrival of ‘From Paris to Berlin‘ which we are unveiling below, lifted from her EP Paris to Boleyn

Drawing on a myriad of influences from pop, soul, RnB and electronica, ‘From Paris to Berlin’ surfs the lines of ’80s synths and subtle grooves, coupled with I Am Boleyn’s sultry earworm vocal delivery, intimate and left-field, throbbing with a pregnant longing that reminds one of neon-lit Berlin bars at night and the sound of Robyn, Kylie or Goldfrapp.

She says: ‘From Paris to Berlin’ is the lead single on my new EP ‘Paris to Boleyn’. It encapsulates the cool, cheeky energy of my sound.”

I Am Boleyn grew up in St. Petersburg, Russia, went to Oxford University to study history and has been writing songs since she was young.

Currently published by Rough Trade, the release of her first single ‘Too Much’ led to sold-out shows at the Peppermint Club in Los Angeles, Laylow in London and Art Basel Miami. Her video for ‘Limit of Love’ was officially selected for the London Music Video Awards in 2020 and recent single ‘Another Me’ has been on constant rotation on Spotify’s ‘Retrowave/Outrun’ playlist for the past three months.

EP Paris to Boleyn is out now across all digital platforms.

I Am Boleyn · From Paris to Berlin