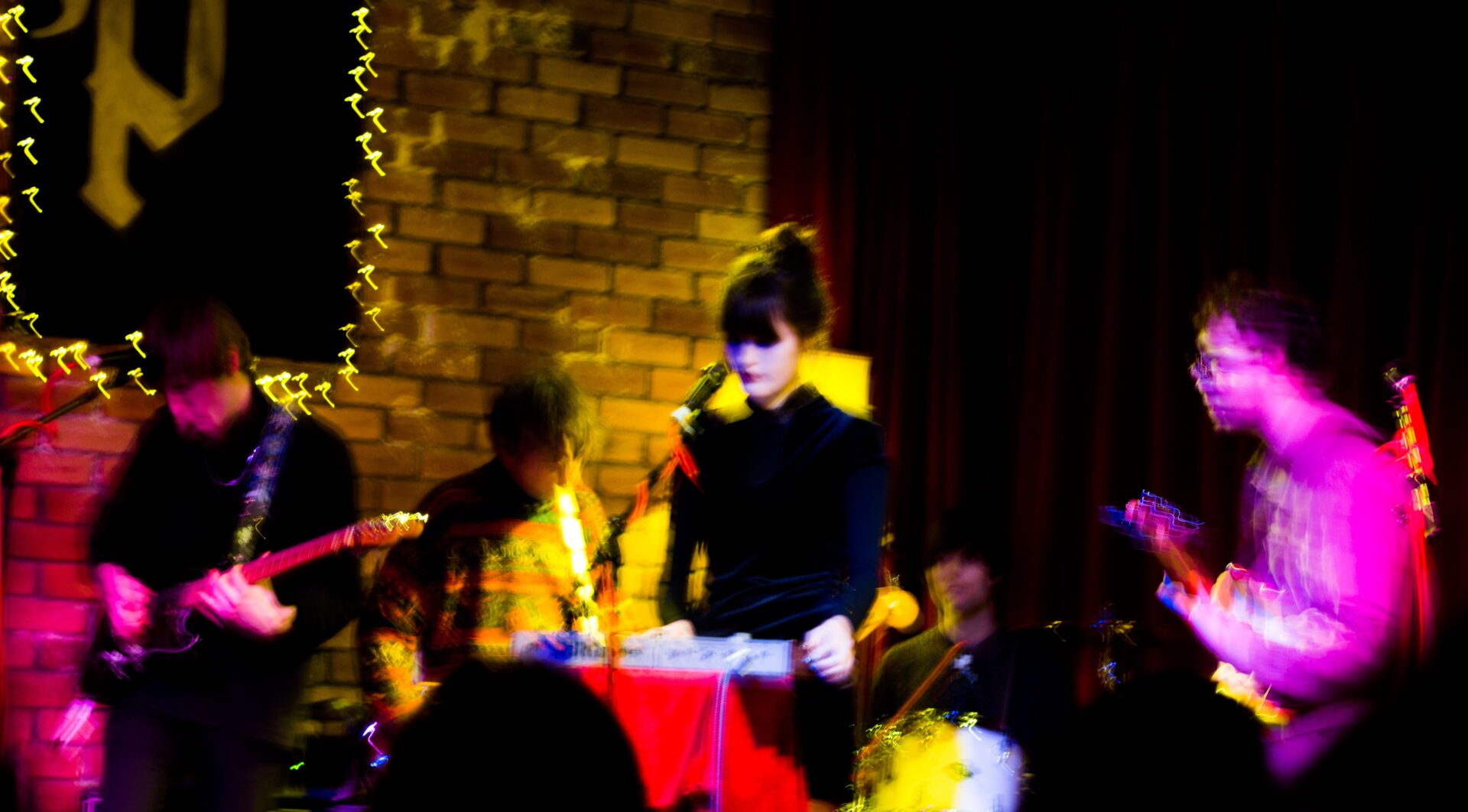 2020 saw the ecosystem that surrounds live music fall away, exposing a fragility and need for support from outside forces. The idea that live music could exist or continue without closeness and contact was thought to be countered by the idea of live streams or drive-in concerts. Recent licensing changes in the UK have all but closed the option of profitable live streams for smaller venues, and drive in shows failed spectacularly before they began.

So where does that leave live music in 2021?

The Cultural Recovery Funds in England, Scotland, Wales and Northern Ireland went some way in helping music venues and organisations to continue (the Music Venue Trust has put together ‘The Red List’ of venues that fell through the gaps, and there are many companies that had to fold and individuals who had to look for other work due to lack of support and income). This support, however welcome, still does not protect venues from the déjà vu of threats against them.

A city under threat, again

In Cardiff – the UK’s first so called ‘Music City’ – these threats rear their head again. After the closure of *deep breath*: The Point, Barfly, Four Bars, The (original) Moon Club and Full Moon, The Coal Exchange, Gwdihw, Buffalo Bar, Transport Club, 10 Feet Tall & Undertone (not to mention threats to Clwb Ifor Bach, Fuel, Flute & Tankard and Tramshed) there comes news of another closure, another threat.

Porter’s Bar in Cardiff shared the news that they would be seeking a new home next year. As a highly recommended and award winning watering hole Porter’s not only doubles as a music venue, but triples as a theatre space too. Porter’s showcases of original music and plays host to exemplary cover bands alongside a number of themed nights – including a musical sing along that saw Lin-Manuel Miranda attend whilst he was filming in Cardiff.

A statement from Porter’s published on 1st March reads:

Our lease at Harlech Court runs until Oct 23rd 2022.
For us, and at least until then, it is, or will be, business as ‘usual’. Therefore we hope that our friends will continue to make the most of our range of activities and events, and the inclusive and friendly atmosphere of Porter’s…once the pandemic permits
If October 23rd 2022 is when we say goodbye, then so be it. It’s been a blast, but we do of course hope that between us we can find a new building to call home. We would naturally welcome any suggestions of possible buildings from our friends.
Perhaps Cardiff Council could also join with us in helping to find a suitable empty building that does not sit under the cloud of possible demolition or redevelopment, so that we can continue to be a place of joy, as well as an outlet and source of employment for all the wonderful and talented staff, and musicians, theatre makers, performers and creatives of this marvellous capital city, who provide us all with the things that make life worth living.
Please note, we have a good working relationship with our landlord who has been decent , courteous, supportive, transparent and honest throughout.

The threat to the venue is seemingly absolute. Their lease runs out at the end of October next year and the premises will be knocked down to make room for “Wales’s tallest tower block” of apartments. The 38-storey building will bring more traffic and less room to an already crowded city centre, removing a cultural highlight of the city in the process. Porter’s in its independence has formed its own identity as a space for the fun-loving and creative. Its Tuesday night open mic is the home of a warm community of struggling yet optimistic musicians and its regular clientele are open to new music on a Wednesday as well as familiar songs on a weekend.

The Other Room in Porter’s also acts as a beacon of culture in a city that is slowly losing it, providing a space for up and coming playwrights to realise their work. Theatrical runs are prohibitively expensive, but for those who provide an intimate experience in the confines of The Other Room’s dedicated theatrical black box it is a lifeline of creativity and opportunity.

Who is to fault in all of this? In my previous article about Gwdihw – a venue closed by its landlord in a similar fashion, that still remains as a shell with no new development carried out – I highlighted the need for a dropped business tax rate for music venues in the country and a publishing of the Music City report commissioned by Cardiff Council. Whilst this drop did come, and the report was published, very little has been achieved. Venues still continued to close. Not much has been done to protect the few live music venues that remain in the city against the ever increasing blocks of student flats taking over.

For some, the Covid-19 closures that saw venues gasping for air has turned into a lifeline. This seems perverse, but the funding and freezing of cash flows has helped venues reset, re-prioritise and re-emerge. Venues like Porter’s were able to apply for the Cultural Recovery Fund and recoup costs and re-invest in the future. Whilst the future of live music right now may see it return before the year is out, the venues are still hanging in limbo until that can be realised.

So for a venue like Porter’s which has seen investment and continued support since its opening (including a grant for a new soundsystem from PRS For Music in 2017), what does the future hold? With their lease due to expire next year at least they can hope for maybe a year and a half (if current timelines are to be believed) to continue until they are forced to close. In their statement however, they have asked the council directly to support them in finding a new space. If Cardiff’s ‘Music City’ mentality is to be believed, surely the council would be proactive in supporting such a burgeoning and culturally valuable space? Alas, progress towards a music city has been slow.

Taking advice from the independent advisory body Sound Diplomacy – an endeavour that reportedly cost £75,000 – the council were set to:

Even if these tasks had been undertaken none of them would address the clear issues facing the city that have come to a head multiple times since 2017. Student flats being built in the city that have laid empty only to be converted into not-fit-for-purpose residential blocks. The warm and inviting homes for musicians and music fans alike are subject to the whim and profits of their landlords. New developments, crushing taxes and lack of protected status have all plunged venues into rack and ruin.

What can be done?

The Music Venue trust has advised councils to buy the properties that music venues are found in to protect them. In some cases this has come about, so why can’t this be an option for a place like Porter’s? If the Cardiff Council really wants to save its reputation and turn the city into a Music City it definitely needs to address these issues and save the few venues that remain. And if it can’t outbid the landlord who owns the space, can’t it find a new space? There were vague plans to rehome Gwdihw that sadly never came to fruition. Without enough action, Porter’s is surely to end up with a similar fate.

Cardiff decided to put itself in the spotlight as a Music City, to set an example in the UK of how to handle a music scene. It is failing spectacularly and the only successes are coming from the strength and community of those who are taking the scene into their own hands. Even with a mandate to protect and grow culturally through music, the city is continuing to lose more of itself with no form of protection being given.

Cardiff sets an example to the rest of the country: here, this is what the best a music city can be. A city that is at the whim of greed and callousness towards culture. Our musicians’ homes are subject to the mercy of those who do not live there, who do no breathe in music as their life force. Look as we let culture ruin and decay, sit as ashes underneath the monoliths of a homogeneous sky. This is our example to you, follow it.