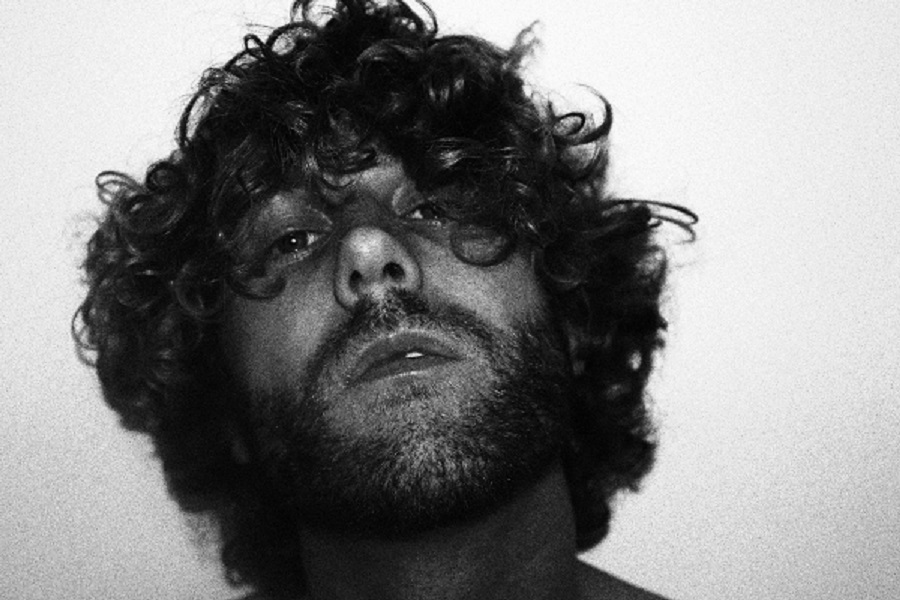 Welsh singer songwriter Geraint Rhys has released his new single, ‘Who Are You?’ – a powerful statement to the Westminster Government and a rallying cry for Welsh Independence.

‘Who are You’, and his two singles from last year ‘Dianc’ and ‘Diwedd (Y Byd)’, are a testament to Geraint’s skill as a songwriter in being able to powerfully comment on the world around us in quite striking ways. Through his music there is so much depth of feeling to his lyrics and sound – a sense that he is singing from his heart, and this truly compels and draws the listener in. But there is also something else – his music also offers such a deep connection to Wales and Welsh life, whether he is singing in Welsh or English, so much so that his songs swell within you, they stir, and they make you want to sing them to the rafters.

I interviewed Geraint about his musical influences, what it’s like to be a Welsh musician, how music and politics can converge vitally and powerfully, and why songwriting is so important to him.

What are your earliest memories of playing music? And when did you realise you wanted to be a musician?

Singing is something I’ve always done, and my voice is still the instrument I feel most comfortable performing with and the one I trust the most. So my earliest memories of playing music is actually me belting out tunes from the Radio around the house. But I first got serious with an instrument when I learnt the drums. Once I started, I was hooked, and my next-door neighbour’s lives would never be the same again. I’m pretty sure two sets of neighbours came and went during those years!

I’ve always listened to a diverse set of genres and I really love to consume anything and everything. Growing up I loved French House (acts like Cassisus, Daft Punk, Modjo) Californian Punk (NOFX, Rancid, Bad Religion) then anything from Talking Heads to Feist to Karl Jenkins.

I also think this is reflected in the type of music I make. I would get very bored if I churned out the same old stuff every time. If you are not challenging yourself to do something different then why bother?

‘Who are You’ is such a striking song filled with candour and such a gripping energy. Can you tell us about the inspiration behind this track?

The song is about Welsh independence and the title ‘Who Are You?’ is pointed in two directions. In one way it is directed at those across the border who try to speak for Wales but hold us in such contempt that they barely know we exist. The other side is directed at the people of Wales to self-reflect and to question who we are as a Nation and who we want to be in the future. It is a scream of exploration as much as it is a scream of frustration.

The music video is so striking – can you tell us about what it was like making this?

To gain independence we need to be a movement of the people and that is what the video shows. I did a shout out on twitter to supporters of Welsh independence to send me videos of them singing along to the song. And when you watch the video you will see people from all different backgrounds and ages getting involved. I am so grateful to everyone who sent a video in, they all look awesome.

Diolch! Whenever I release a track it needs to have 3 elements. The song, the artwork and the video. Releasing a track by itself is great but those other 2 elements add depth to the narrative you’re trying to tell.  ‘Who Are You?’ is very much a punk influenced track. Not just in sound, but I recorded and produced it in my bedroom due to covid restrictions and so it is very much DIY. So, I wanted the artwork to hark back to that old Punk aesthetic but give it a modern twist. I therefore teamed up with the fantastic artist torri.gludo who does these amazing collages and she came up with this beautiful design. You should go check her out!

I also loved you single from last year ‘Diwedd (Y Byd)‘– can you tell us about the inspiration behind this song?

That was the first track I released in lockdown. ‘Diwedd (Y Byd)’ means ‘the end of the world’ in Welsh and was written a few months into the first lockdown. The lyrics are about not being allowed to leave the house and the intensification of isolation and loneliness. The music though is doing something quite different and is an upbeat indie pop track. I’ve always liked that juxtaposition between upbeat music and quite fatalistic lyrics and I think I achieved that with ‘Diwedd (Y Byd).

In what ways has music been an important vessel for you to communicate messages about political and social causes?

It’s everything. A lot of my previous works are either direct or indirect commentaries on the world around me. Whether it was the Catalan fight for independence, the Port Talbot Steel Works, Donald Trump, I find music a great tool for political expression because it has a very embodied impact when you listen to it.

You can read something political which might unsettle you emotionally, but music attacks more of your senses and can physically move your whole body. I think there’s something really powerful in that, how the soundwaves travel through you and can change your physiology. This way the experience of listening to a political song is as much a political act as is the lyrics.

It allows me to say things that I might not be able to articulate nearly half as well in a conversation.

What is it like to be a Welsh musician?

Music is a universal language, but for me being Welsh plays a particularly important part in what I produce. Both consciously and sub consciously I think our surroundings have a significant impact on our identities and a lot of what I write is me reflecting on the relationship between people and place, depending on where I am in that time.

What makes you decide whether to sing a song in English or Welsh?

That’s an interesting question and is a thing which I still don’t really understand and don’t think I ever will. I don’t sit down and think ‘right I’m going to write a song in Welsh or English’ today.

For me it’s quite an organic process. I’ll just write a song and I will just know instinctively which way it’s heading.

I think there are bands who write songs in English then translate it into Welsh just so they can get played on Welsh Radio and I think that’s really disingenuous.

Having both perspectives to be able to choose from though is such an invigorating thing because I feel like when I write in each language, I am gaining access to a different part of me, accessing different memories, cultures, places.

Your video ‘These Streets’, which was based on the recordings of Dylan Thomas and was filmed in Swansea, is so powerful and beautiful. Can you tell us what it was like making this track and video?

That was such an enjoyable project to do! I was commissioned by the National library of Wales to create a piece using voice recordings from the library archive. There were hours of stuff to choose from but being from Swansea, it was a series of clips of Dylan Thomas’s friends talking about growing up in the city with Dylan which attracted me the most.

The National Library of Wales only wanted a song but because I was so familiar with the places that the people in the audio clips were talking about, I wanted to do something more. I wanted to do an ode to my city. So, the piece I created, ‘These Streets’, merged archival sound clips of Dylan Thomas’s friends describing their childhood growing up with Dylan in Swansea, with newly composed music and film that I created. I’m looking to experiment more with that format.

I’ve been listening to a lot of instrumental stuff at the moment. I love the work of Tony Anderson and Christian Löffler, they’ve got me through a lot this year. There is also this welsh language band I discovered in lockdown called Bwncath and they play the most beautiful folk music. Also I’ve been listening a lot to Roosevelt just to keep me dancing!

You are a really engaging live performer – what do you miss most about performing live?

Shouting out at the top of my lungs is so cathartic. So it’s been really frustrating not to do that. It doesn’t have the same impact if you do it into a pillow! My last gig was at the Glynn Vivian art gallery in Swansea in February 2020. Seems like a distant memory now.  I also miss that collective atmosphere you have being in a communal space with other human beings just sharing a moment together.

That’s like asking what’s your favourite movie because it changes all the time. But as I haven’t seen a live concert in a long time, I have less recent points of reference. I am a huge David Byrne fan and saw his American Utopian tour in 2018 in Manchester. I also saw Pussy Riot that year. Although vastly different content, they were both as much theatrical as they were musical, and I really like that. When musicians push what a performance should be.

It’s been strange but I’m very fortunate that all my family and the people close to me in my life haven’t been sick. So, when I’m having a rough day I just think others have it ten times worse so I can’t complain too much.

This feeling of isolation and semi dystopian living though has certainly been reflected quite distinctively in what I’ve produced during lockdown. I think there is a noticeably clear link between my state of mind and the music. The two tracks I released before ‘Who Are You?’, ‘Dianc’ and ‘Diwedd (Y Byd)’ are direct products of this period.

What are your tentative plans for the rest of 2021?

I have quite a few singles I want to release before the end of the year. So for now just to keep releasing more music and experimenting without boundaries.

I also made a short film with a Russian artist Victoria Lomasko, so that needs to be released too.