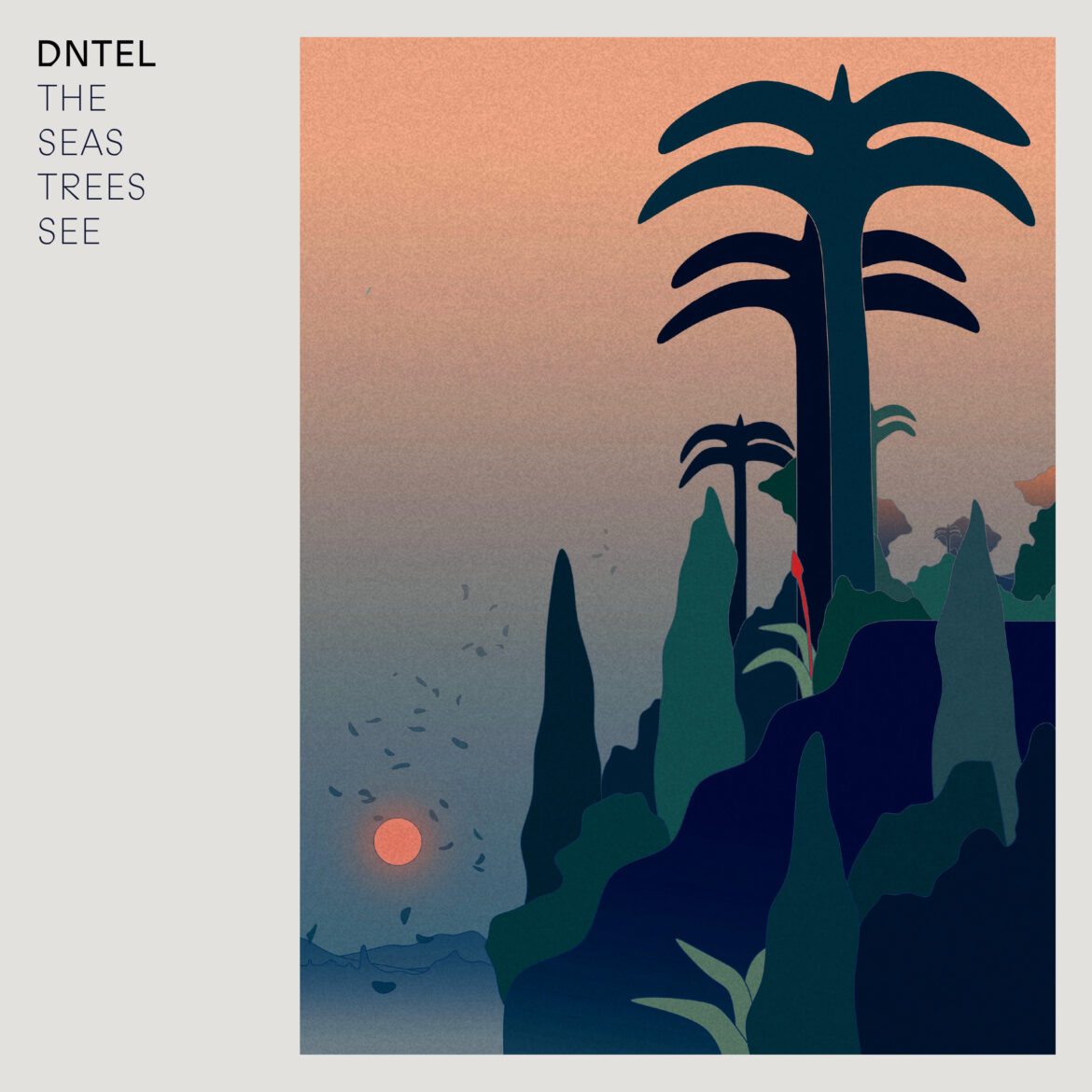 While mostly known for his time with indie-pop supergroup The Postal Service, Tamborello has been a steady influence in electronic music for over 20 years. The first of two albums to be released this year, The Seas Trees See reveals a different side to Dntel. Moving away from the usual glitchy, IDM or even pop-based structures, this ambient work resembles something a lot more nuanced and refined.

Even if you know Tamborello’s back-catalogue, this release will surprise you (and will continue to do so after several listens). The reason may be less about the absence of beats and basslines on this album, and more to do with the feelings it instills.  Maybe as a response to dehumanising, algorithm-based music recommendations, or maybe just a hipster marketing gimmick, a few years ago cassette, CDR and USB mixtapes started appearing in odd places. Wedged between seats on public transport, taped to a lamp post or perhaps stashed in the inside pocket of a charity shop jacket, the mystery of where these home-made releases came from and who made them added to their appeal. There is something personal and tangible about sharing music like this. It’s something you don’t get with big data crowdsourced playlists. The Seas Trees See is an album that feels like it’s been circulating this way for many years, the crackle and static evidence of its tape spools being lovingly rewound, over and over, by listener after listener.

The mood is set by opening track, ‘The Lilac and the Apple‘, an eerily affecting take on Californian folk-singer Kate Wolf‘s 1977 acapella recording. Drawing us into its abstract space, Tamborello’s production is both innovative, unsettling and yet beautiful.  From this departure point we are briefly immersed in folding layers of texture and float gently on the sustaining synths of ‘The Seas‘, before the playful whirligig waves and frothy, bubbling undercurrents of ‘Whimsy‘ pull us further out. The experience is a bizarre, disorienting journey through high and low fidelity samples, distant synths and ASMR tickles that weave in an out of the near-field.

Elsewhere, Dntel is a lot more understated (perhaps sometimes a little too much). ‘The Man on the Mountain’ combines undulating tremello with a simple narrative to create a sense of wonder and discovery. Being one of the few moments of clarity on the album, the story here of a hiker who loses their way on a mountain probably has significance, but we are too quickly whipped up by the next track to take it all in. The mellow, joyous anti-rhythms of ‘Back Home‘ and its neighbour ‘What I Made‘ recall Boards Of Canada or Deru at their most meditative and serene. Next, in a darker turn, the wandering piano of ‘Movie Tears‘ is set against a fibrous brittle background of breathy samples, creating a feeling of solitude and loss.

The contiguity of the first half of The Seas Trees See gives way to slightly jarring juxtapositions in the second. For example, where the introspective lilt of ‘Fall in Love‘ is cut up by ‘Yoga App‘, with its self-consuming side-chained samples, it feels like we are listening to a random track selection. Though slightly over-long, ‘After All‘ is keenly mixed and stacked with organic sounds and field recordings. Judging by my dog’s baffled reaction, the tonal shifts here are so high and so deep that there’s stuff happening we probably can’t hear. Finally, closing track ‘Hard Weather‘ demands attention with earnest synth stabs and those rain-like pads beloved of sci-fi soundtracks. Heralded by androgynous vocal calls and what sounds like the clatter of Thai crash cymbal and Klawng Yao drum, Dntel leaves us in the same, enigmatic mental space as the beginning.

Overall, the album radiates the weird charisma of a lost-and-found object. Electronic music can be soulless, clinical and repetitive, but not Dntel. I urge you to spend some time with this album (with a good pair of headphones) and lose yourself among Tamborello’s careful constructions, searching for their meaning.

‘The Seas Trees See’ is out now via Morr Music (Germany).