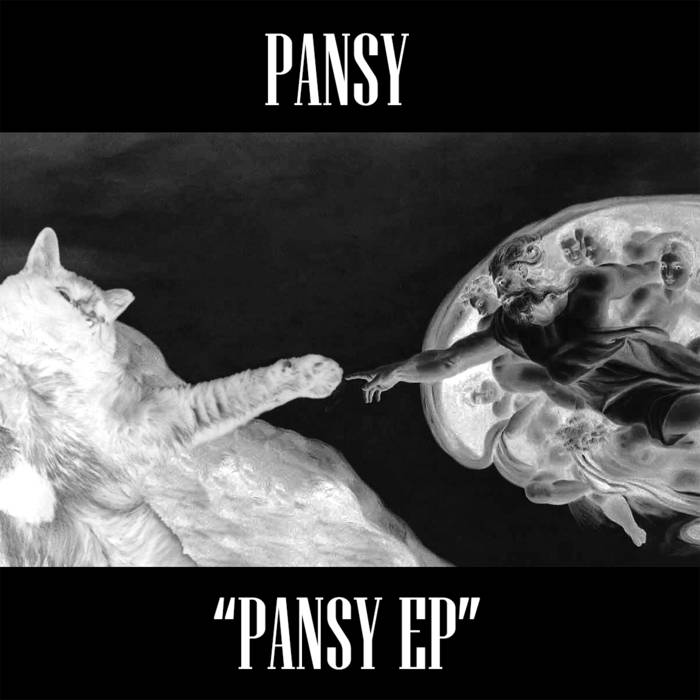 After bursting out of the traps with debut single ‘Buried’ as the chimes of Big Ben rang in the most muted New Year in living memory, Pansy have now truly arrived with their debut self-titled, self-released E.P.

And if you were watching ‘Jools Holland’s Virtual Hootenanny’ at the time, hopefully since then you have had time to catch up with the subtle majesty of that debut single and its delicate-yet-tough aesthetic that, though not the most obviously commercial track from the E.P; gives a good idea of where the band is at.

Kicking off with ‘I Wanna Dissolve’, Pansy E.P. eases gently into life before erupting into life halfway through that first song, the quiet-loud aesthetic hinting back to Nirvana or even Seamontsters-era Wedding Present, and the excellent production by the band’s drummer Cam Frank definitely has echoes of Steve Albini (that their production credit is listed as ‘Recorded By’ rather than ‘Produced By’ perhaps gives a nod to the former Big Black musician, as that was his preferred parlance too).

None of this is to suggest that Pansy are in any way copycats though – the E.P. flies by (always a good sign) and they quickly establish their own identity. ‘Where There’s Smoke’ is probably the most commercial track on the record (actually it isn’t a record – yet – but you can find it on cassette and download at Bandcamp). Hagger’s vocal is excellent throughout, never over-singing and always sympathetic to the music.

In light of the above, I had to say I wondered whether ‘Tame’ would be a Pixies cover, but it’s an original and a good one at that, though of the six tracks it’s probably the one that needs most listens to sink in. ‘Pity Party’ was also released digitally earlier in the year and is a fabulous sub-2 minute single that’s out of sight before you know it.

‘Not Around’ is an epic closer, and another track which demonstrates the band’s understanding of sonics and the art of restraint when it’s needed. It escalates into a cacophonous climax before dialling down the drama to the finish.

Pansy E.P. Is a very impressive opening statement for a band that is well worth keeping an eye on.

Pansy E.P. Is available now through Bandcamp on cassette and download.