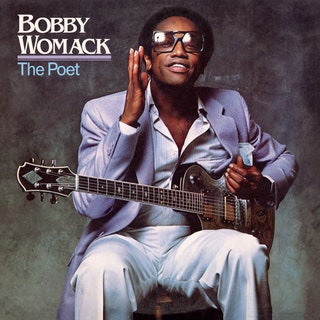 “I think that the album “Poet” was/is a masterpiece musically and I knew that when we were recording it. It was a soulful time by everyone in the studio.”

In the run-up to the reissues of these two absolute classics of the soul genre (the 40th anniversary in the case of The Poet); I have been trying to track down – and get quotes from – some of the surviving key players. The soundbite that starts this review is from David T. Walker, a nigh-on legendary guitarist who has performed with all manner of greats like Stevie Wonder, Etta James, Marvin Gaye, Donald Byrd and Martha and the Vandellas to name but a handful. David was the only one to respond (and to be fair I have no way of knowing whether the others even saw my messages), but, while his quote was brief, I’m very grateful for it and in all honest truth, it gets to the heart of the matter at once – these records truly are masterpieces, and there’s no getting away from that.

You can tell immediately what a monumental piece of work The Poet (1981) is when ‘So Many Sides Of You’ electrifies the room. It starts like a hybrid of Bob Marley and the Wailers and ‘I.Y.G.’ from Donald Fagen‘s The Nightfly (I’d be surprised if The Poet wasn’t a huge influence on that album the following year actually), but it is soon elevated to one of the classic openers of the soul genre by the late, great Bobby Womack‘s powerhouse vocal performance. You can kind of FEEL what David says in that quote too – it’s like being smothered with love, listening to this album, and the musicians all play their parts exquisitely.

It seems odd, now, to think that there were precious few ‘chart’ hits throughout Womack’s career. Everyone knows 1973’s ‘Across 110th Street‘ after all, right? Yet that remarkable single somehow never made it past number 56 on the Billboard Hot 100 and, staggeringly, didn’t chart at ALL in the UK. In fact, this side of the Atlantic, he only managed two forays into the hit parade, first as featured artist on Living In A Box‘s 1987 number 34 hit ‘So The Story Goes‘, and in a duet with Lulu six years later, called ‘I’m Back For More‘, that peaked at 27. It’s really quite criminal when you listen to the likes of ‘Lay Your Lovin’ On Me‘ with its cool jazz-soul vibes and contemplate that none of The Poet‘s singles were hits. Happily, though, The long-player itself is, at least, regarded as an out and out classic of the genre, and rightly so.

From the disco-tinged ‘Secrets‘ through brother Cecil’s affecting ballad ‘Just My Imagination‘ (not the Temptations one) and side one closer ‘Stand Up‘, which seems to nod more towards the funk greats of Parliament or Sly and the Family Stone while still maintaining that unmistakable Womack aura, the first half was simply a jaw-dropping testimony to what you can achieve when you have a group of people all working tirelessly, and harmoniously, to a common goal. It’s one of the greatest five-song salvos in history.

Side two, on the other hand, as the liner notes here point out, “cast Bobby as the romantic balladeer“, and, while the great man half talks and half sings the three tracks that complete this work of art, they really do tug at your heartstrings, first of all, the woozy 3am soul searching of ‘Games‘, then arguably the album’s focal point, ‘If You Think You’re Lonely Now‘, as Bobby agonises over his decision to finish with his woman.  Finally, the striking beauty of ‘Where Do We Go From Here?‘ – the musical equivalent of a romantic late-night stroll under the moonlight – completes the masterpiece.

David T. Walker is spot on. Masterpiece. There’s simply no other word for it.

Fast forward three years and we have a sequel: 1984’s The Poet II. It’s another affirmation of Womack’s genius and would go on to be voted as the year’s best album by NME. Interestingly, this record begins with three consecutive duets with the formidable Patti Labelle, giving it a very different feel to its predecessor. As you can imagine then, the vocals on the opener ‘Love Has Finally Come At Last‘ are utterly stratospheric with such aching spirit that it’s impossible not to be hooked by its charm.

‘It Takes A Lot Of Strength To Say Goodbye‘ takes this still several notches further – a musical Utopia before ‘Through The Eyes Of A Child‘ at its inception, recalls The Floaters and their 1977 number one ‘Float On‘, although thankfully breathes none of that record’s kitsch.

Then comes the irresistible shuffle of ‘Surprise Surprise‘ with its softly lilting doo-wops and the exhilarating uptempo Four Tops-like ‘Tryin’ To Get Over You‘ to round off side one.

Bassist David Shields is then promptly put at centre-stage for the instinctive funk sound of ‘Tell Me Why‘ to introduce side two, Michael Wycoff‘s seductive keyboard flourishes perfectly complementing both the rhythm section and Womack’s vocal prowess, which is even more effective on the fantastic disco gem ‘Who’s Foolin’ Who‘ (arguably my personal favourite on either of the two albums).

The devastating ‘I Wish I Had Someone To Go Home To‘, written by brother Cecil and his wife Linda (who would, themselves, go on to score huge hits such as ‘Teardrops‘ and ‘Love Wars‘ under the guise of Womack & Womack) is a sublime arrangement that could effectively melt the ice caps of Mount McKellen. 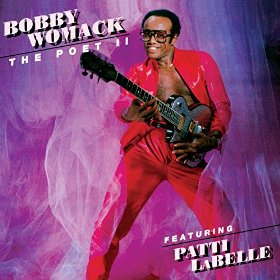 You can easily detect the influence of Bobby’s late friend and former bandmate Sam Cooke in his vocal delivery of curtain closer ‘American Dream‘, with an obvious nod also to the powerful speeches of Martin Luther King, even borrowing a couple of the great political activist’s quotes along the way.

It’s another astonishing piece and now, here, both of these albums are being reissued in all their dazzling glory, with fascinating sleeve notes from Bill Dahl. Two of the most amazing records ever made, remastered, from the original tapes, for the first time. You won’t regret it.

The Poet and The Poet II will both be reissued on 30th April through ABKCO.