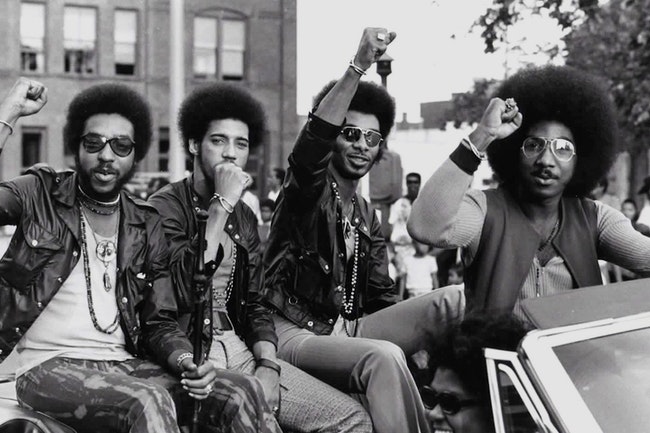 Often it’s difficult to pinpoint exactly why certain records never made a commercial breakthrough, such as The Kinks Are The Village Green Preservation Society, given that the Muswell Hill band were already huge, and, while it is, nowadays, regarded as a sixties classic, the truth is that it tanked at the time.

With Nat Turner Rebellion, I suspect they perhaps shot themselves in the foot with the band moniker. While Laugh To Keep From Crying is certainly a ‘lost Philly soul gem’, the group were named in honour of a Virginian man born into slavery, who escaped in 1831 and started a bloody revolt, with a group of other enslaved men, killing “his master and family, and any other whites in their path” before being caught and sentenced to death by hanging and then being skinned. Let’s face it, back in the sixties, this was one hell of a controversial figure to base your music on. It makes me recall proto-punks Death, a black trio way ahead of their time, arguably the earliest purveyors of the archetypal 70s punk that would become so huge later in the decade, but steadfast in their refusal to change their name, resulting in their lack of chart action.

That said, Major Harris, frontman for the NTR, would go on to find chart success with The Delfonics and, later, with the solo single ‘Love Won’t Let Me Wait‘, which reached number 5 on Billboard’s Hot 100 and topped the R&B chart, so it wasn’t like widespread appeal eluded him, at least.

The Nat Turner Rebellion, however, seem to be almost forgotten in comparison, which, as evidenced by Laugh To Keep From Crying – an odds and sods compilation made up from singles and hitherto unreleased session tracks – is a great shame.

Straight off, we’re hit with ‘Fat Back‘ with its ‘Soul Man‘ funk stylings, and Harris’s later foray into the Delfonics can instantly be detected in the more balladic ‘McBride’s Daughter‘. There’s an extra track here too, the long player having first been unearthed and released in the US last year, but now being put out in the UK for the first time with the added inclusion of ‘Fruit Of The Land‘, which begins like a funereal lament but soon explodes into this joyous celebration of life, clearly influenced by Motown greats The Temptations.

Elsewhere, the band’s slick soul grooves recall Sly and the Family Stone on ‘Getting Higher Together‘ and on the towering intent of ‘Love, Peace & Understanding‘, while ‘Tribute To A Slave‘ gives a nod to Turner himself for the significant role he played in raising awareness amongst others including Martin Luther King and Malcolm X, regarding civil rights and the fight against racism.

Some of it’s quite rough and ready but there’s no denying that the Nat Turner Rebellion deserve the place they never really achieved in musical history. This is our chance to redress the balance.

Laugh To Keep From Crying will be released on 14th May through Philly Groove Records.