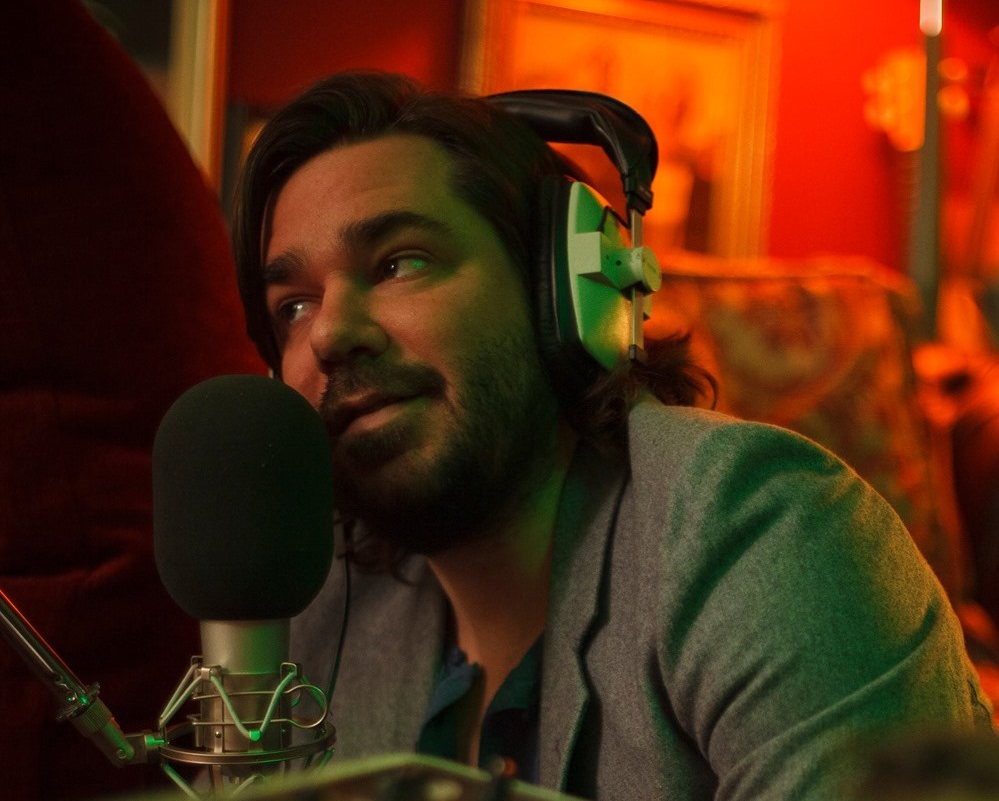 The Blue Elephant is the new album from comedian, actor, voiceover artist, musician and renaissance man Matt Berry. It follows hot on the heels of 2020’s stripped-back, folky Phantom Birds, and is the latest in a string of prolific and impressively varied series of releases over the last decade, from the acid-folk stylings of Witchazel and Kill the Wolf, to the Mike Oldfield-esque synth-prog of Music for Insomniacs.

It’s not been a path that anyone was expecting Berry to go down. The audience that knew him for his absurdist comedy work on shows like Toast of London and The IT Crowd were at first, maybe, a little confused by his seemingly sincere musical exploits.

There are humorous elements to his songwriting – as maybe there should be in all good songwriting – and you can never tell how far his tongue is in his cheek. But it does always feel like honest, expressive music that takes elements of the production and textures of genres from previous decades and melds them into a new and original thing that always seems to communicate his own voice, and always with a certain intriguing darkness to the lyrics. These tensions are part of what makes his music genuinely engaging.

The Blue Elephant is no different. Berry plays almost every instrument (Craig Bundell provides the impressively propulsive, jazzy, tumbling drums) and produced it himself, and it’s a masterclass in creating musical moods and textures, melodically inventive, with long instrumental passages and fragmented structures that drift unexpectedly into new territory. It plays as one continuous piece of music, meandering from one idea to the next.

A criticism that could have been made of some of his earlier work (although I wouldn’t argue this myself) is that they could be argued to have been conceived as pastiches or genre exercises to some extent.

For instance, his folkier work presented a certain Wicker Man-esque pagan folk aesthetic, a vibe that was clear from the artwork and sound world of the production, and maybe the element of pastiche was part of the charm, but the new record definitely isn’t like that – it defies categorization, flowing along from one idea to the next with a sense of movement and progression. 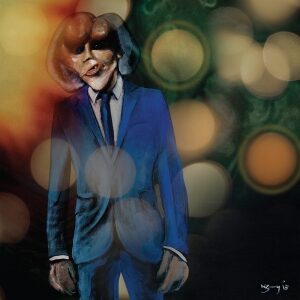 There’s more of an impressionistic feeling conjuring a voyage through a series of scenes, suggesting cinematic or dreamy images, without trying to push you too far in any direction. The record brings together elements of all his previous work – tiny bits of lounge-jazz, fuzz rock, folk and electronica all swirling together in a blue soup.

Unlike on Phantom Birds, Berry’s vocals and lyrics – when they do make an appearance – are buried far back in the mix and shrouded in effects, giving things a muddled feeling, with scraps of lyric occasionally cutting through the mix; ‘It’s a drag to be set on fire/I’ve been sacked from the choir/I came back to Bedfordshire’. Not that this  incoherence is a bad thing – it all contributes to the dreamy, disassociated  atmosphere.

Lead single ‘Summer Sun’ feels like a desperate dance to forget your own mortality, reverb-drenched sunshine 12-string guitars offset with frantic breakbeat 70s power pop drums. Paradoxically soothing and anxious, it creates a very definite mood, although it’s hard to describe what that mood is, exactly.

Existential hedonism, maybe. Drinking a bottle of wine in the park on the last properly sunny day of the year, falling asleep and getting sunburned.  I love the bridge, with its massive wall of overbearing, flangey keyboards and fuzzy chord break. It’s a fun tune.

It might be his strongest album to date, blending elements from several of his other releases into something that feels uniquely Matt Berry. Indebted to the songwriting and production techniques of the 1960s, it’s a sensory, psychedelic backseat joyride exploring the disorientation and distortions of modern life.

By turns driving, fiery, melancholic, dreamy and hypnotic, the record takes you on a nostalgic journey that feels complete, transformative and fully realised. The cover art of the Elephant Man (painted by Berry himself) implies a certain isolation and the perspective of an outsider, someone different and misunderstood, and the album title suggests black-dog depression.

It feels like a product of its time in a way – there’s a loneliness here, capturing the mood of isolation we’ve all been in over the past year.

The album is littered with references to albums from the late 60s and early 70s, including, obscurely, the tiny piano vamp right at the end of ‘Invisible’, which is taken note-for-note from the Anthology 2 alternate take of the Beatles’ ‘A Day in the Life’.

The backseat joyride that the album conjures is a fairground ride of the psychedelic and progressive music of yesteryear – maybe it’s a bit of a nostalgic look back to the ways that the world used to be, not nostalgic in a way that’s derivative or limiting, but using that nostalgia to say something about where we are now.

It would be easy to argue that these songs recycle 60s and 70s musical tropes without making new statements, but I don’t think that’s true at all. Referential but not reductive, its hazy, dreamy vibes capture our current state of mind, like a collage of half-remembered moments from classic albums, reminding us how things used to be.

The three-part ‘Blues Inside Me’ moves from an insistent George Harrison riff with incongruous vocoder into a stomping T-Rex fuzz power groove and a Caravan-esque keyboard-led jam with ethereal, washed-out, impossibly distant vocals.

‘Give me a break and let me ride in your car/I’ll just lie in the back and stare up at the stars/I’ve got some things on my mind/I don’t know what to do/but there’s no-one I’d rather be with than you/cause I know I’ve got the blues inside me today/I know there’s a black cloud coming my way/we can drive all night/I don’t care where we go/I’ve got friends I can catch at the end of the road/got a couple of Gs that we can make last/as we head to the future/drive away from the past’.

Direct and affecting, this mid-section has a great hook. Berry’s offhand, deadpan delivery feels casual and haunted at the same time, like a cool acquaintance muttering a half-heard confession in a moment of hazy excess. It’s my favourite track.

The album makes you feel a bit like you’re sitting in a jazz bar in Amsterdam in 1972, or like an audience member on Old Grey Whistle Test.

Sophisticated flourishes of production, dense and layered without being overly cerebral or sacrificing emotion or feel.

It’s music that rewards repeat listening – it’s not necessarily easy to digest on a first listening experience, but it’s definitely one of my favourite things I’ve heard so far this year and a genuinely rewarding listen.

The Blue Elephant is released on Friday 14 May.