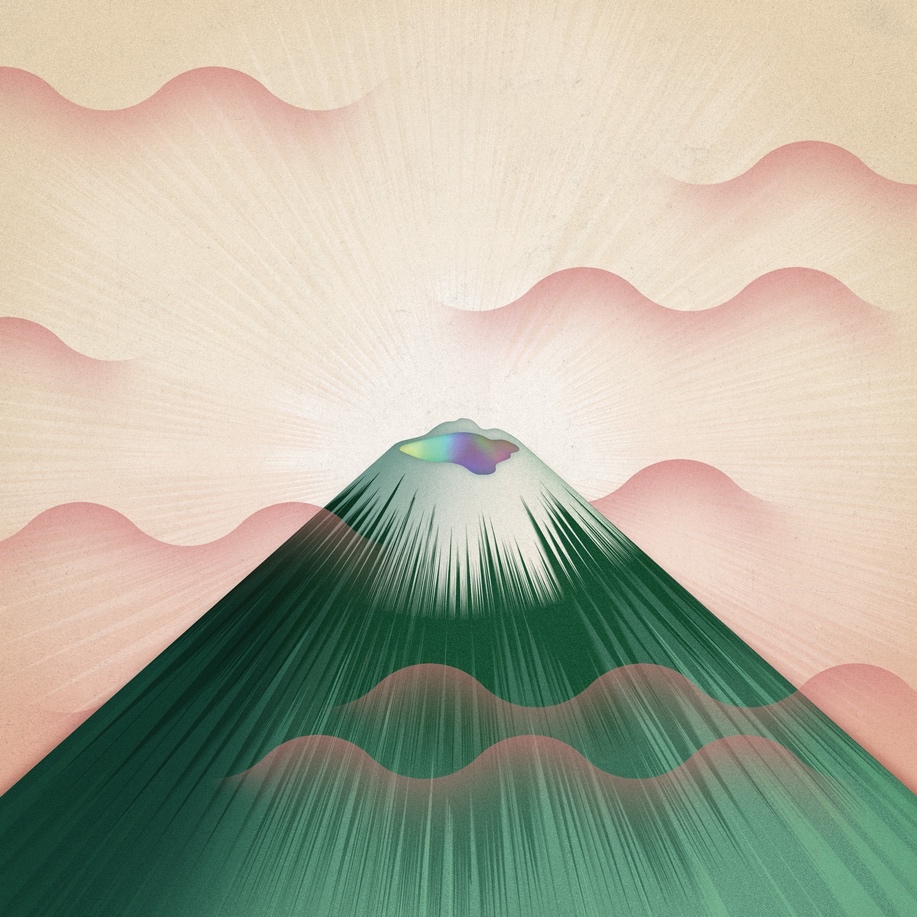 It’s been twelve years since the last (and, one can assume, final) Super Furry Animals album, and since then, Gruff Rhys’ artistic trajectory has seen him become something of a modern anthropologist, marrying his music to stories and research centred around national identity and history- most successfully on American Interior– a package telling the story of Welsh explorer John Evans. He’s still released a slew of great records untouched by a strong concurrent theme, 2018’s Babelsburg and 2019’s Welsh-language album ‘Pang!’ are veritable career highlights.

Seeking New Gods feels like it lives at the half-way point between Gruff’s personal and more cerebral work.  The album concept was originally driven to be the biography of a mountain, Mount Paektu (an East Asian active volcano). However, as Gruff’s writing began to reflect on the inhuman timescale of a peak’s existence and the intimate features that bring it to mythological life, both the songs and the mountain became more and more personal.

Musically, it leans into the jazzier elements that Gruff explored on Babelsburg, but with a greater sense of freedom. The title track exudes the smoky confidence of ‘Historie D’ Melody Nelson’-era Serge Gainsbourg, with a vocal melody that continues to soar once you think it has plateaued. Lead single ‘Loan Your Loneliness’ is something of a red herring- a glam rock stomp hat doesn’t really reflect the more plaintive feel of the rest of the record. ‘Hiking In Lightening’ is SFA’s ‘The Teacher’ played in a blizzard at half speed, and really leans into the enormous affection Gruff has for the Jesus and Mary Chain. Closer ‘Distant Snowy Peaks’ shoots itself into the stratosphere- a genuinely transportive piano-led piece that feels nostalgic and alien in equal measure. It represents Gruff’s strongest suit- a capacity to emotionalise subject matter seemingly detached from our usual frame of reference.

‘Everlasting Joy’ is mesmerising in it’s repetitive stomp and vocal performances that ebb and flow to mantra-like effect.

Though, if anything, this feels like Gruff’s least thematic record since Hotel Shampoo– and its no poorer for it. It represents some of Gruff’s most explorative work in the last decade- more thematic works have suffered from being a bit one-note, but here Gruff sounds like he is really having fun, in a freewheeling, flicking all the knobs and switches way that made Super Furry Animals so great. Entering his fourth decade of penning gorgeous, idiosyncratic tunes sewn across the hearts of many, Rhys shows no sign of running out of the joyful creativity that makes his work so special.