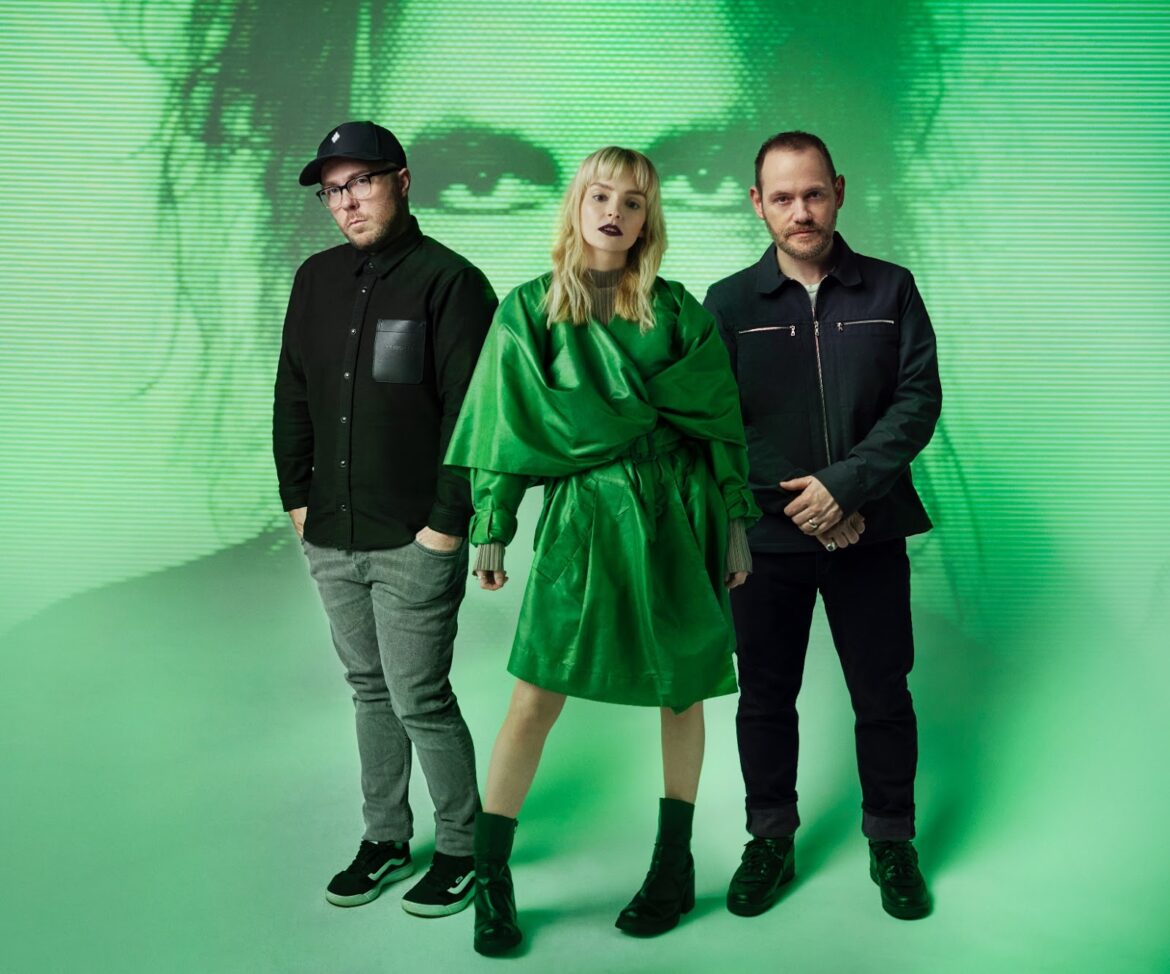 CHVRCHES have announced their fourth studio album, Screen Violence, due out August 27th on EMI Records (UK) & Glassnote Records (US). The band has also shared today the second single from the forthcoming record, titled ‘How Not To Drown’, featuring one of the trio’s heroes, Robert Smith. The Cure frontman’s unmistakable voice entwining with Mayberry’s to dramatic effect, supported by the dark, pianos, menacing guitars and crunchy industrial beats: the song is based on the concept of staying conscious when you drown.

Recorded almost entirely remotely between Los Angeles and Glasgow, members Lauren Mayberry, Martin Doherty and Iain Cook self-produced and mixed the album via video calls and audio sharing programs to create something that is unique and special, but inherently CHVRCHES.

Screen Violence was originally conceived as a name for the band. A decade later, and during a pandemic when the reality of screen violence has never been more pertinent, struggling to make the people you love feel more than the characters on a TV show, and experiencing a world of trauma as if it were another, CHVRCHES revived the term for their forthcoming album title. Narrating the theme of screen violence in three main forms – on screen, by screens and through screens – the album touches on feelings of loneliness, disillusionment, fear, heartbreak and regret.

“I think for me it was helpful to go into the process with the idea that I could write something escapist almost,” Mayberry says of the album. “That felt freeing initially, to have concepts and stories to weave your own feelings and experiences through but in the end, all the lyrics were definitely still personal.” While Martin Doherty adds, “To me, the screen aspect was a bit more literal. When we were making the record, it was like half of our lives were lived through screens. What began as a concept was now a lifeline.”

The making of Screen Violence also marked a decade together for the band – a decade whose sound they have helped to create and define from their 2013 breakthrough The Bones of What You Believe and 2015’s Every Open Eye, to their most recent 2018’s Love is Dead.