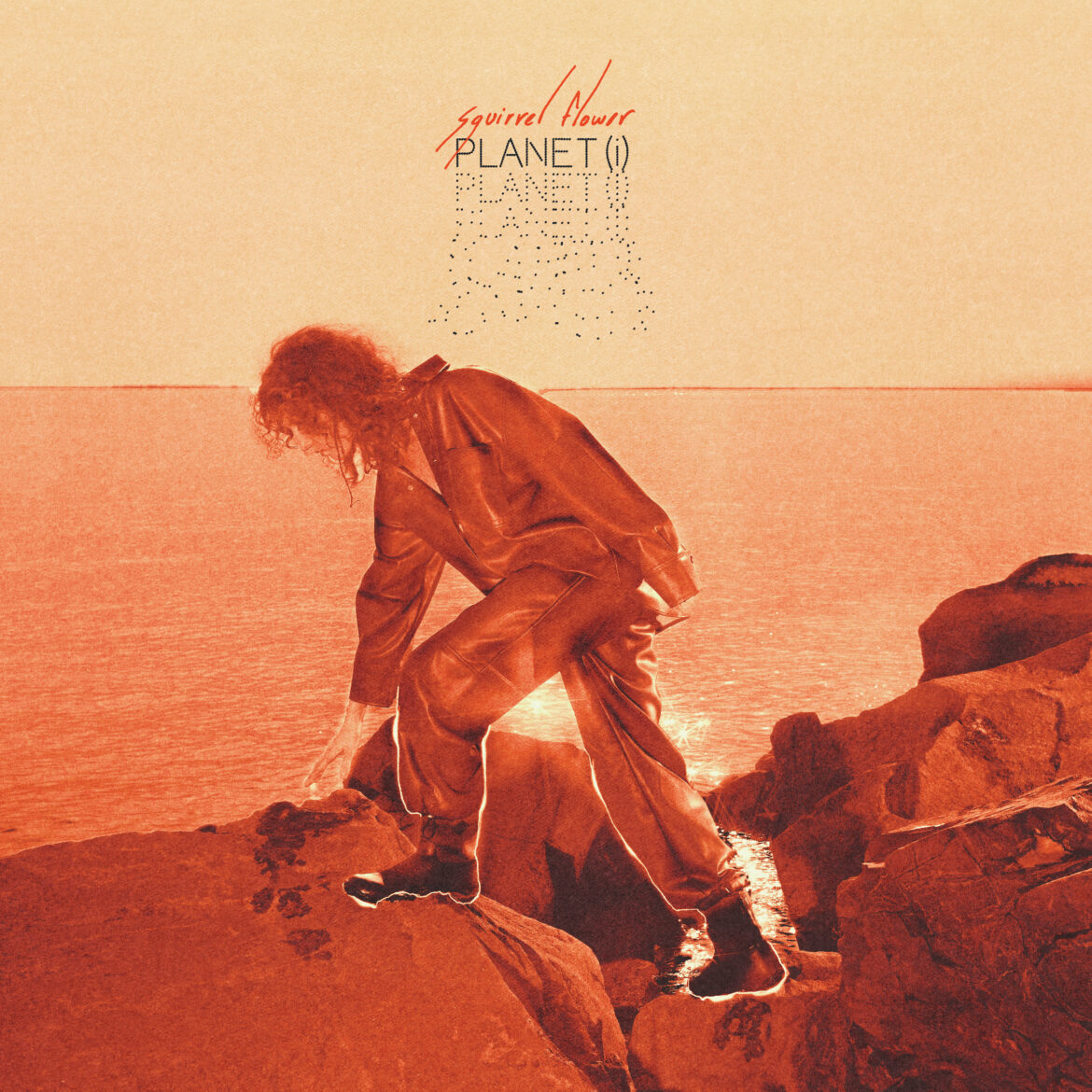 Ella Williams knows how to move people. As Squirrel Flower, the mid-American songwriter’s obsession with movement of all kinds and the forces that compel us to resist or submit to it formed the backbone of debut, I Was Born Swimming. If that album was the start of a journey, then Planet (i) is the last chance stop before the apocalypse. Oh, and it’s way too late to turn around.

For all its deadly foreshadowing and eery finality, Planet (i) is beautifully poised. Williams embraces the idea of disaster with the graceful confidence of a ballet dancer weaving between spewing flames, hurricanes and tidal waves. The strongest opener I’ve heard this year, ‘I’ll Go Running’ nurtures the album’s first glowing embers into a raging fire, Williams’ compelling voice reminding us this is her world to create or destroy: “I’ll be newer than before / I’ll be something that you’ve never seen”.

While her lyrics resonate deeply, Williams actually wrote most of the songs well before the pandemic, “to overcome my fear of disasters,” she says. Prone to head injuries in her youth and having received three concussions in a year, Williams started to deconstruct the fears and anxieties about the future that were getting in the way of life: “I had to embody them, to stare them down.” The mood of those skeletal drafts was inevitably shaped further by the wider collective trauma of coronavirus, as Williams flew to UK to record the album in Ali Chant‘s Bristol studio, The Playpen, during autumn 2020. Chant and Williams were joined by Bristol drummer Matt Brown and Portishead guitarist Adrian Utley who added further textures. And, though separated from loved ones, there is still a persistent sense we are not going through this alone. That familiar, distant feeling of hope echoes on the album through the remote contributions and vocals of Jess Shoman (Tenci), Tomberlin, Katy J. Pearson, Jemima Coulter, Brooke Bentham, and Williams’ brothers Nate and Jameson Williams, as well as her father Jesse.

Williams mostly sings from her own perspectives which shift both subtly and dramatically in mood across the album.  ‘Hurt A Fly’, however, is a total switchover into the persona of the coercive controlling lover, the worst kind of manipulator who apologises as they project blame onto those they claim to care for. Toxic relationships are a disaster of a different kind and Williams here deconstructs the power games with simple metaphor, reclaiming the narrative. On ‘Deluge In The South’ we hear the sense of fight and determination to push on through the floodwaters. Evoking the soulful melancholy of Aimee Mann, each wavering sigh and rallentando bears the weight of nature’s death surrounding us, symbolised as a “hummingbird, face down in the water”. ‘Big Beast’ begins similarly with sparkling reverb and acoustic dreaminess before careering off-road into the dustbowl, billowing smoke and sand in its wake. There is no rescue here and aptly, standout track, ‘Roadkill’ comes next. Its restrained, slow-burning anger and form will appeal to fans of Mitski or Lucy Dacus, getting under the skin immediately.

Squirrel Flower’s last album referenced the I-80, the east-west interstate freeway that runs from California to New Jersey effectively segmenting the north and south United States. On Planet (i), we’re driving north-south instead on the more modest ‘Iowa 146’, a beautifully nostalgic lament laced with the heady memories of a shared moment on the road. In times of need, going back to the places in our memories can be a comfort, but each time we make the journey we lose a part of the truth and the person we were: “If I played you guitar, would everything fall away?”

The second half of the album poses more questions through William’s stories of tornadoes and floods. The tranquility of ‘Pass’ belies its core statement: things are going to get a whole lot worse before they get better. ‘Flames and Flat Tires’ and ‘To Be Forgotten’ are flip sides of the same lived experience, separated perhaps by having time to reflect and appreciate. “Try to recall how the rain felt on my skin and scream to anyone who will listen” turns into “I tried to remember how the rain felt, cos it won’t fall again”. Both tracks are beguiling in their own space, but like the rest of Planet (i) it pays to listen deeper to these streams of meaning. In this respect, Williams’ songwriting recalls the way Julien Baker or Sharon Van Etten shape complex emotions through slithers of personal memories scattered across several songs.

‘Desert Wildflowers’ is, for me at least, the pivotal track here. Devastating, simple, sparse and brief. “I’m not scared of the storm”, Williams breathes, “I’ll be lying on the roof when the tornado turns and the thunder screams, I’m another piece of debris”. It brings to mind the serenity of the final scene in Lars Von Trier’s Melancholia (2011), the calmness at the end as the characters accept their inevitable death as the earth collides with Planet X. Not exactly uplifting, but there’s a strange comfort in all that Williams’ does here, as if it’s exactly what we need to hear. ‘Night’ plays with these sentiments a little, guitars and vocals lilting gently before pulling the ground away entirely in its discordant collapse.

Squirrel Flower brushes us down and whispers some reassurances, if a little hazy, on outgoing track ‘Starshine’. Williams excels in the creative space provided by a simple acoustic guitar and voice and this song makes the most of that. In her final prayer for the rest of us, she encourages us to live our lives in each moment, to make it count for “the sun doesn’t care if you made yourself small, it will still burn you“.

Don’t worry about the apocalypse, it’ll be just fine.