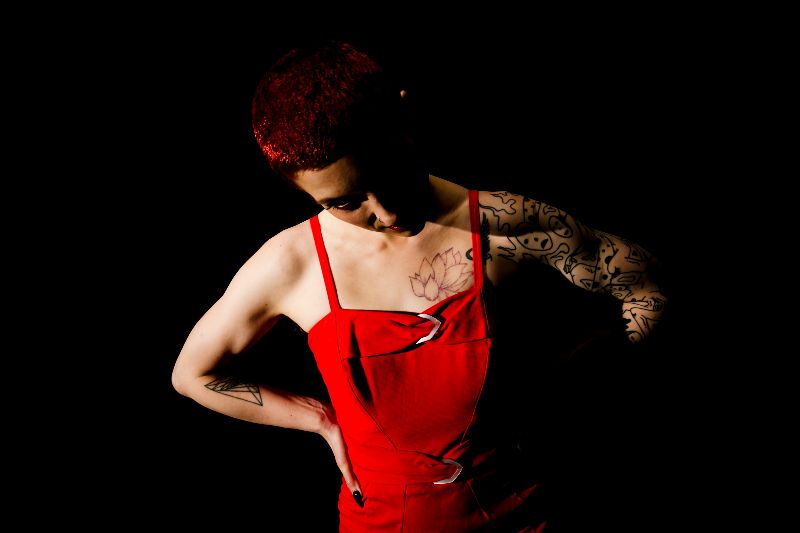 Flossing aka Heather Elle has released their debut single ‘Switch’ including a video treatment by Devan Davies-Wood.

Heather is probably more renowned for playing bass in both Bodega and The Wants, but this is her first foray into the solo world, and it’s an absolute blinder.

Heather describes the song as “In its dual moods, the song represents the complexities of coinciding grieving processes — my mother passing suddenly before tour, ending a five-year relationship, leaving a band, and learning that my city and industry would be on an indefinite hold“.

The video is a disturbing, maniacal, multi personality that jumps around scenes, beginning at a photo shoot where she is dressed as she did on The Wants tour in 2020 before pulling the wig off to display short cropped purple hair, and jumping to different scenes of skittish, anxious behaviour.

Lyrically it is autobiographical, “I don’t like routine/I can’t stick to one thing for too long” and great couplets like “I won’t bite, but I like getting bitten every now and then” and “how does one even have morales when this world is fucking hopeless” opening up about her feelings of loss and helplessness.

The single comes from the debut EP Queen of the Mall out on 10th September on Brace Yourself Records.