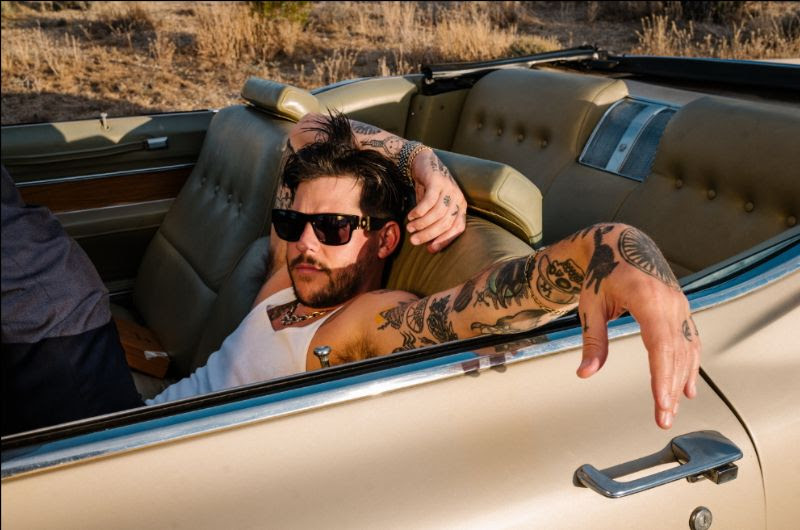 West-coast, grunge/punk rockers Wavves are set to release their new album Hideaway this Friday (16th July).  Ahead of this, they’ve shared a final single and the last song on the album – ‘CAVIAR’.  The track has a 60’s psych sound mixed with Williams’ signature grungy distortion and is in keeping with other works heard previously on the King of the Beach album. Think Brian Wilson meets Kurt Cobain.

Previous single releases have included the album’s title track ‘Hideaway‘ in which the video sees band members Williams and Pope switching between an intense game of bowling, lounging in a luxury pad and donning a classic rock star, all-black ensemble for some interspersed shots of them playing guitar.

The new album has been produced by Dave Sitek of TV on the Radio fame and was written in a shed behind Williams’ parents’ house – the same location in which Wavves’ early material was written.  This is the follow-up to their 2017 release ‘You’re Welcome’ and sees the band continuing to explore themes of depression and self-acceptance.

“It’s real peaks and valleys with me,” Nathan Williams says “I can be super optimistic and I can feel really good, and then I can hit a skid and it’s like an earthquake hits my life, and everything just falls apart.  Some of it is my own doing, of course.”

You can pre-order the album on the Fat Possum website.