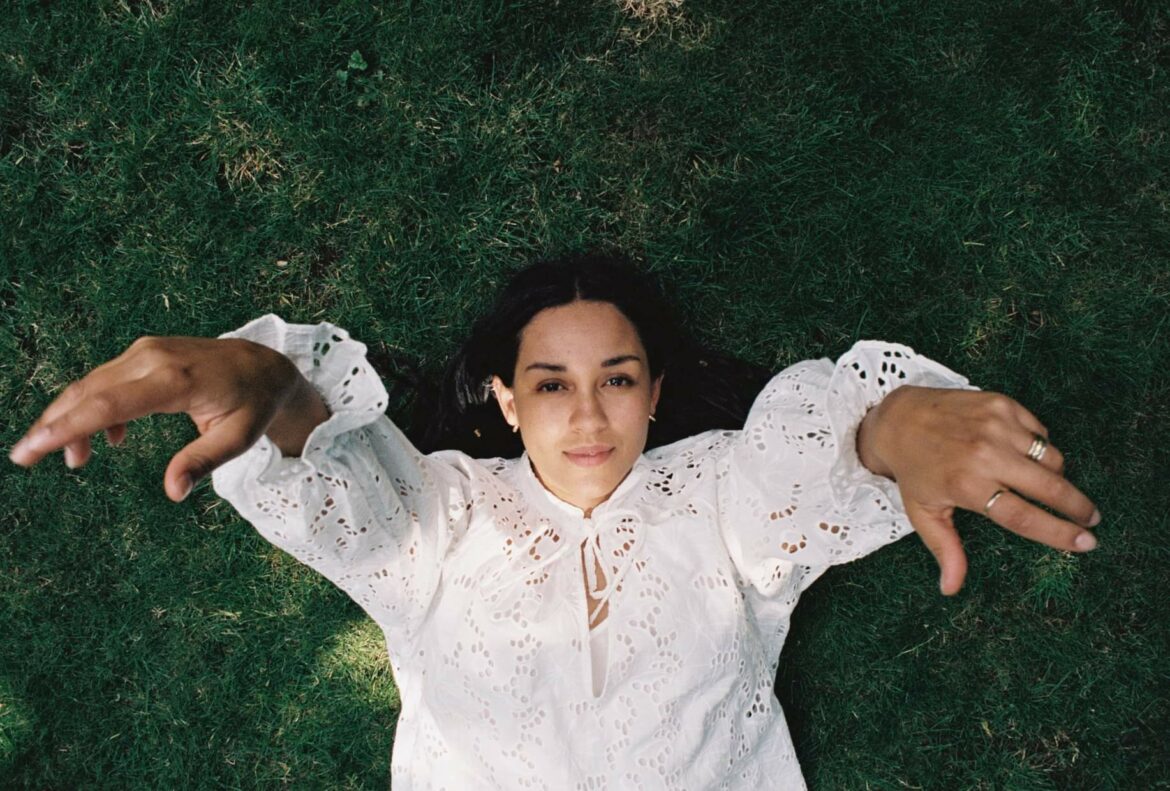 With a new dynamic to her sound on second album, The Woman You Want, Eliza Shaddad delivers in spades on the promise of her 2018 debut. Adept at pulling in sounds and instruments from various genres and cultures, the Scottish-Sudanese singer-songwriter taps into the cultures that surround her. We spoke to Eliza to find out more about her and The Woman You Want.

Hey Eliza, how the heck are you?

I’m good thanks! Super excited for the album to find it’s way out into the world:)

So tell me, where are you right now? And what are you up to today?

I’m on the North coast of Cornwall, and today I’ve been mostly at home on a computer getting bits ready for the release.

And tell me one thing about you that I couldn’t possibly know.

All my plants are called ‘Planty’.

Last time I asked you that you told me you hated vinegar, any change there?

Let’s talk about you. Where are you from? What do you enjoy in life?

My background is Scottish and Sudanese, I grew up across Europe and Africa and I love travelling, singing, eating penny sweets and getting in the sea.

What can you tell me about your recent single, ‘Now You’re Alone’?

It’s about isolation and rejection – and all the swirling mess of emotions that go with those experiences. It was based on a quite specific personal experience but I was writing it in March 2020 so the general climate found a home in that song too.

How have the last twelve months been for you personally?

Wildly up and down – I’ve dealt with a lot of the same crap as most people and obviously it’s been pretty tricky working as a musician over the last few months – but I’ve been kind of effective at using the time to plan and dream up some big ideas and feel very lucky to say I’ve achieved some of the most exciting personal and career things during this pandemic.

Your album The Woman You Want is out in a couple of months, what can we expect from that?

Give me a snippet about one of the songs we’ve not heard from the album.

The title track is about trying desperately to fit into a mould you just can’t make work.

You covered Nina Simone recently as well, how daunting was taking on that song?

I’ve loved Nina’s work for so long it was an absolute joy to take on one of her songs, I feel like if you genuinely love the work you’re covering then there’s no major worries, it’s just an honour to be able to do it really.

Your tour is set for later this year, how excited are you to get back on the road?

HUGELY. I got a little taste of playing with my band for some live recordings recently and it made me absolutely ravenous for tour.

Where are you most looking forward to playing, and why?

[laughs] No favourites honestly! London and Glasgow are always super special because I’ve spent a lot of time there – we’re playing some places like Cardiff and Cambridge for the first time ever, and I get to end the tour in Truro just down the road from me which is ace.

What festivals have you got lined up? And do you find it hard to get booked for festivals, they can be very male-dominated.

We’ve had a lot cancelled or postponed till next year which has been sad – but still have a few later ones on the books – like Boardmasters, and Orange Blossom festival over in Germany.  I would say we’ve been lucky enough to play a lot of lovely festivals in the past – but it’s obvious there’s inequality out there so it seems fairly likely to have affected offers along the way.

If you could recommend one artist to hear this week, who would it be?

What’s the question I should have asked you today but haven’t?

Did you really make the record in a bedroom? Answer – yesss indeedy [laughs]

The Woman You Want is out now on all streaming platforms and half-decent record shops.
https://slinky.to/TheWomanYouWant