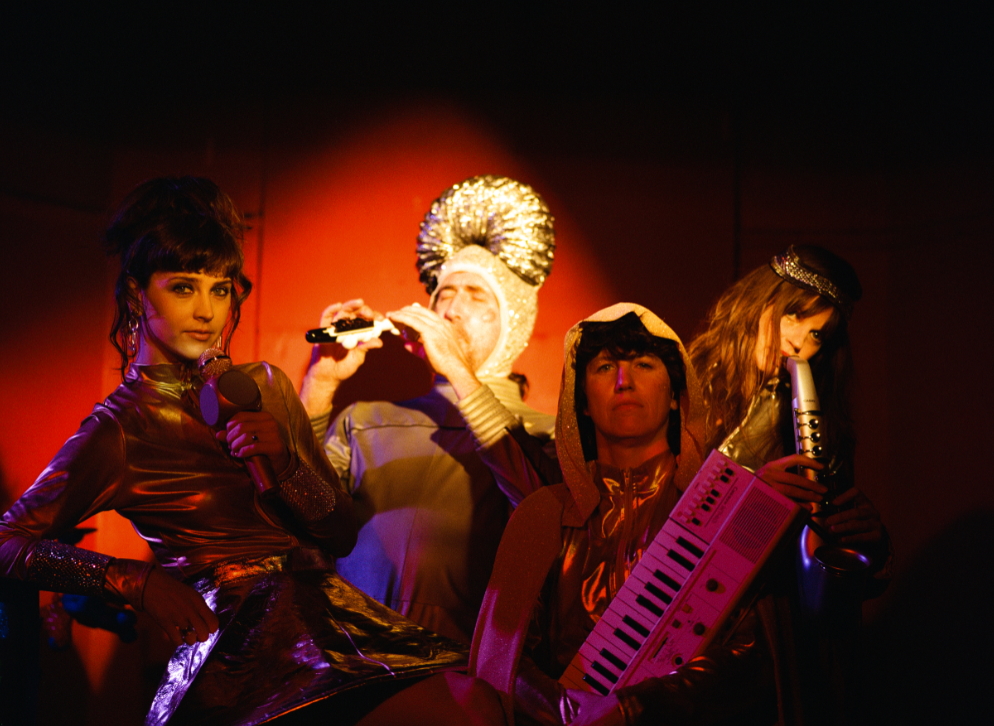 Our love & death tragedy-ballad kicks off in the aftermath of Octavia Butler’s short story Amnesty where a translator for the human race infiltrates an alien community Cold War Romeo agent style.  Sent to collect secrets and glean intelligence, against all odds, the undercover spy falls in love.  As our human/alien inamorates connect in an intimate new language, they decide to make a run for it.  We glimpse an oasis of hope in defiance of the violence and backstabbery of their masters.  We imagine a tropical island of romance in an icy sea devoid of solar warmth.  We look back on the spinning wheel of progress and feel that all the desperation, despair and heartache of the past could finally be worth it for this moment, a conquest of love!  A clock striking for a new age!  But, they get murdered.  The end.”

The video (inspired by intergalactic karaoke) features the band playing in an alien dive bar in which the group has been held captive.

You can pre-order the new album on Joyful Noise’s website.