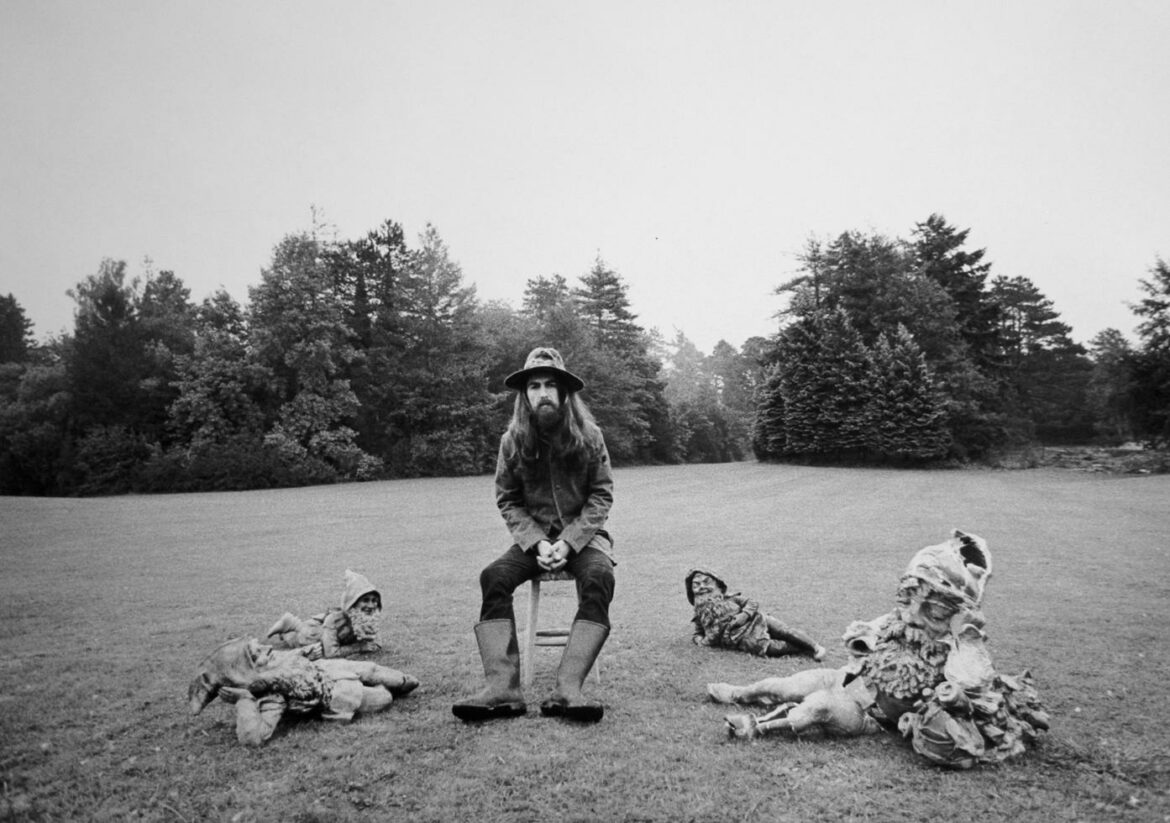 “Even before I started, I knew I was gonna make a good album because I had so many songs and I had so much energy. For me to do my own album after all that – it was joyous. Dream of dreams.”

The George Harrison Estate has recently announced the release of a deluxe box set to celebrate the anniversary of, All Things Must Pass, which was released 50 years ago last November.

The album, which is now seen as a classic and includes the hit singles, My Sweet Lord and What Is Life, will be remembered and celebrated with what is described as a “Suite of new 50th anniversary editions”, collecting together 70 tracks over 5 CDs or 8 vinyl records. The new tracks include previously unreleased demos, outtakes and jam sessions recorded in the studio with, among others, Eric Clapton, Billy Preston, Peter Frampton and Ringo Starr on drums – arguably Ringo’s best drumming performance?

Recorded between the May and October of 1970 at EMI Studios, Abbey Road, and released in Great Britain on the 30th November, All Things Must Pass was George Harrison’s third studio album. It was an immediate commercial and critical success, and would go on to enjoy extended stays at the top of album charts across the world. Ben Gerson, of Rolling Stone magazine, boldly announced that the album was “both an intensely personal and grandiose gesture, a triumph over artistic modesty”, adding that the triple album was an “extravaganza of piety and sacrifice and joy, whose sheer magnitude and ambition may dub it the ‘War and Peace’ of rock ’n’ roll.”

At the same time, the N.M.E. proclaimed that each song was, “music of the mind”, with their staff writer Alan Smith concluding that the songs “search and they wander, as if in the soft rhythms of a dream, and in the end he has set them to words which are often both profound and profoundly beautiful.”

Richard Williams of the Melody Maker, wrote of the surprise that many would come to feel over Harrison’s apparent and supposed transformation. All Things Must Pass was, he said, something akin to “the shock felt by pre-war moviegoers when Garbo first opened her mouth… Harrison is free!”

When you consider the at best indifferent and often quite openly hostile reviews former bandmate Paul McCartney had earlier received for his debut solo album McCartney, and would then go on to receive for Ram, the acclaim lauded on Harrison for all of his solo work, but especially All Things Must Pass, was astounding, perhaps even more so when it was later revealed that the title song was “scoffed at”, according to many reports, and, along with Isn’t It A Pity and the haunting Beware Of Darkness, was simply brushed aside as not good enough by both Lennon and McCartney for inclusion on the “White” album or Let It Be. Later, Lennon would be quoted as saying that he felt that the title track was, “all right”, but that it just, “went on too long”.

“George got stuck with being the Beatle that had to fight to get songs on records because of Lennon and McCartney,” Bob Dylan would remark on his friend’s frustration at the time. “Well,” he quickly added, “who wouldn’t get stuck?”

Adding fuel to an already over-stoked fire, All Things Must Pass would, Tom Zito of The Washington Post predicted, greatly strengthen an already growing belief in some circles that Harrison was indeed, “the genius behind The Beatles”, and given the strength of their respective solo offerings this view would only be enhanced over the course of the next few years, starting with the release of this album. Whilst Lennon’s solo albums are seen as full of loathing, angst and churlish bitterness, and those of McCartney’s are casually dismissed, somewhat unkindly, as dull family-orientated witticisms that border on pretentiousness or laziness, Harrison’s work is often held aloft and cited for being original in both thought and concept, and of introducing something of a new wisdom, artistically orchestrating and merging the voices from vastly differing and exotic seeming cultures, whilst offering up a taste of spiritual mysticism and the rapidly growing appeal of far eastern influences and philosophies.

The original album, the first ever triple long player, released at the end of 1970, opens with the sublime, I’d Have You Anytime, written by both Harrison and Bob Dylan at Dylan’s home just outside Woodstock. It is an opening track that rolls over you in lapping waves before the album quickens along its way, lifting the gentle yet deceptive pace with the spiritually encompassing, My Sweet Lord, a song delicately coloured with Harrison’s by now trademark rhythms of sliding guitar chords and harmonious vocals that continuously beseech whilst encouraging investigation, each word and note built upon carefully, layer after melodic layer, by Harrison and his co-producer, Phil Spector.

My Sweet Lord was to be the album’s first single, released to eager anticipation on the 23rd November. It became the first song to reach number 1 by a former Beatle and would occupy the top spot in the U.K. charts for 5 weeks before eventually going on to become the biggest selling single of 1971. Controversy was to constantly follow it though, as My Sweet Lord would be the subject of a lengthy, drawn out plagiarism law suit that was to dog George for the next 5 years.

“I wasn’t consciously aware of the similarity,” to the Chiffons’ 1963 hit, He’s So Fine. “But once it started to get a lot of airplay, people started talking about it and it was then I thought, ‘Why didn’t I realise?’ It would have been very easy to change a note here or there and not affect the feeling of the record.”

Lennon meanwhile, again somewhat caustically when it came to speaking of former friends and bandmates, “joked” that he heard the song so much, “I’m beginning to think there must be a God.”

Harrison’s close friendship with Dylan was to result in the inclusion of two songs that are still pivotal to the acclaim the album justly receives. Along with I’d Have You Anytime, George chose to include If Not For You, which, in 1970, was still an unknown Dylan composition. Both songs are included in the new box set, as they appeared on the original album release and as demo recordings, along with the tracks Nowhere To Go and I Don’t Want To Do It, another Dylan song later recorded by George for a 1985 film soundtrack.

More songs, Wah-Wah, for example, with it’s unmistakeable nod to Paperback Writer, and the so-subtly delivered, Run Of The Mill, said to be George’s all-time favourite song of his, speak unmistakably of an artist’s ever-hardening frustration at becoming trapped, and who is desperate to be seen and heard as something other than merely the third guitarist within the world’s favourite band. Other tracks however, including the second single, What Is Life, written whilst producing Billy Preston’s ’69 debut album That’s The Way God Planned It, Awaiting On You All, and an impassioned Hear Me Lord, enable Harrison to finally emerge from behind Lennon and McCartney’s shadow, fluently and confidently. An artist with something he’s been desperately meaning to say and now revelling and basking in the freedom of being his own man following his own way, with an almost joyous voice and coaxed guitar lifting and carrying each song, and through which he clearly hopes to inspire and aspire. A collection of songs which, according to those who knew him best, epitomised a lifelong inner journey, only now emboldened with his never-ending sense of searching. For there must be something more out there? Something more meaningful?

Despite both the album’s success, critically and commercially, and the obvious pride and affection he felt for it, George Harrison would later write: “I still like the songs on the album and believe they can continue to outlive the style in which they were recorded.” He added however, “it was difficult to resist re-mixing every track. All these years later I would like to liberate some of the songs from the big production that seemed appropriate at the time”. This new box set perhaps realises his wish.

It had been a long time, a criminally long time, since I had sat down and really listened to this album, really listened to it, and apart from asking myself why I don’t listen to it more often, there came the realisation that of all the solo offerings of John, Paul, George and Ringo, this, All Things Must Pass, was surely the pinnacle? As George once commented, the “dream of dreams.”