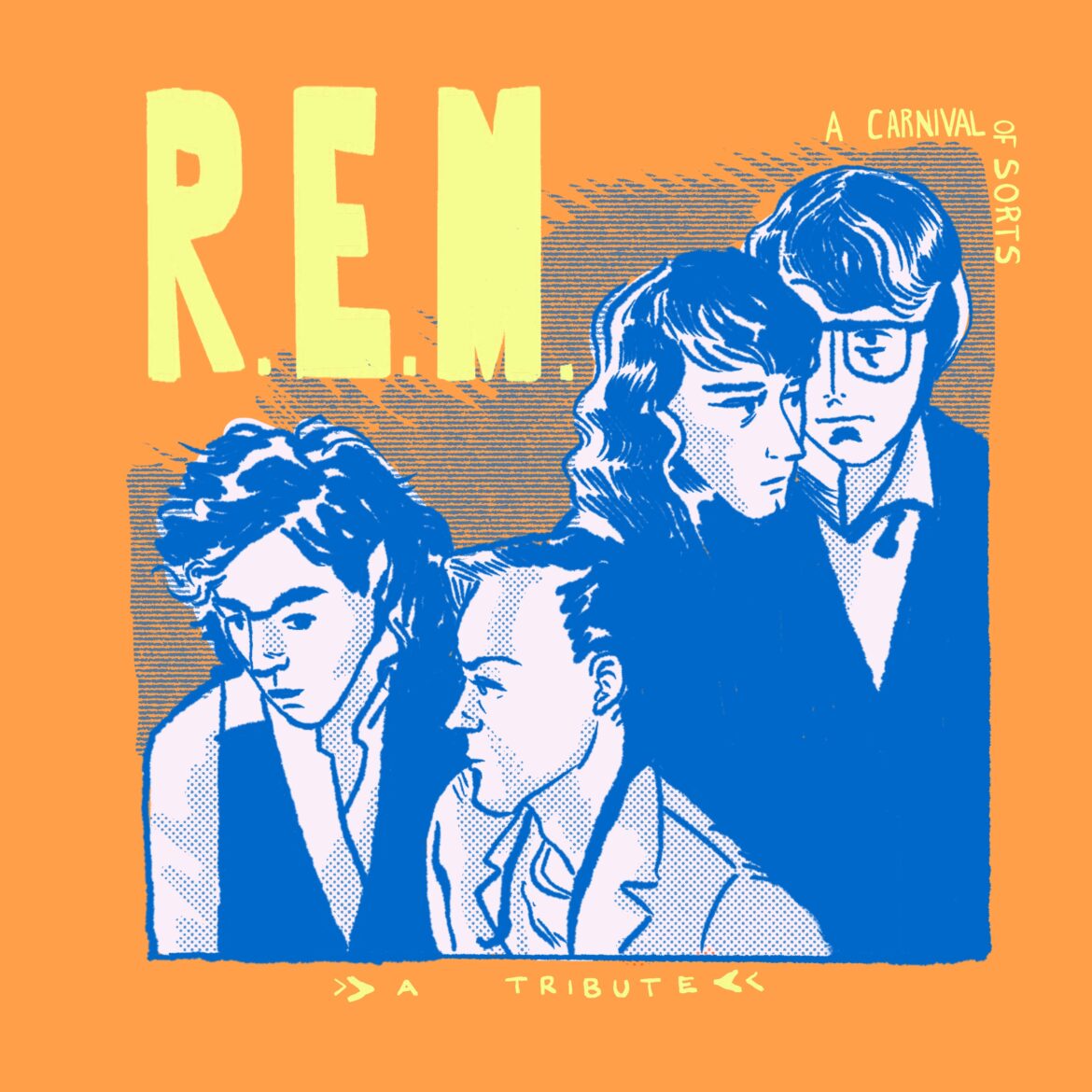 At the end of July, GIITTV celebrated the fortieth anniversary of R.E.M.’s recording career with a week of coverage, we were thrilled the band’s social media got involved in sharing our content, and the participation from fans was awesome!

To round off the celebrations, on the 20th of August we are releasing a compilation entitled A Carnival of Sorts: A compilation of R.E.M. covers by various artists. Featuring talented artists from independent labels, self-releasing, and musicians who are just fans of the band.

Today, a week before the release, we are streaming the album for 48 hours exclusively.

The entire album is now available to purchase for a very reasonable £6 on Bandcamp and all profits will go to Help Musicians, who have done great work especially over the last few years funding musicians when they couldn’t tour due to the pandemic. If you pre-order now you will get four tracks to download instantly, including awesome covers by Desperate Journalist, Taffy, Body in the Thames, and Celestial North. There are also four fresh tracks to be added for next week’s full release, so it’s well worth pre-ordering for the entire release.

Listen to the eclectic 40 song strong tracklist below they were mostly recorded for this project, featuring artists from across the globe, from Wales, Athens, London, Edinburgh, Sweden, Japan, Australia and beyond – each act taking on R.E.M. in their own distinct styles, affectionately paying tribute to one of the most important alternative rock bands of our era. I am astounded and really pleased at the outcome, there are superb versions of classic R.E.M. songs here, in really unique styles. As well as the pre-order tracks, it also includes covers by The Darling Buds, Mark Morriss, Bugeye, Ritual Cloak, Bandicoot, I,Doris, Aderyn, Quivers and many more. Watch a video for GodNo!‘s version of ‘Moral Kiosk’.

We would like to thank each and every act who have specially recorded a version of a R.E.M. track for our compilation album and the producers who lent their time to mix them. Plus the labels such as Libertino, Reckless Yes, Fierce Panda, Bubble Wrap recordings, and Mike Turner at Happy Birthday To Me Records plus Samantha Chamberlaine and Chris from the Waiting Room podcast, who have helped and worked with us and or allowed their artists to appear on the release! Also to artist Kevin Alvir who is a big R.E.M. fan and worked with us to create this beautiful artwork for the release.

Leading up to the release we will feature each participating artist and their reasons why they chose the song they covered. Thank you to all of the acts and labels and of course Stipe, Buck, Berry and Mills for their songs.