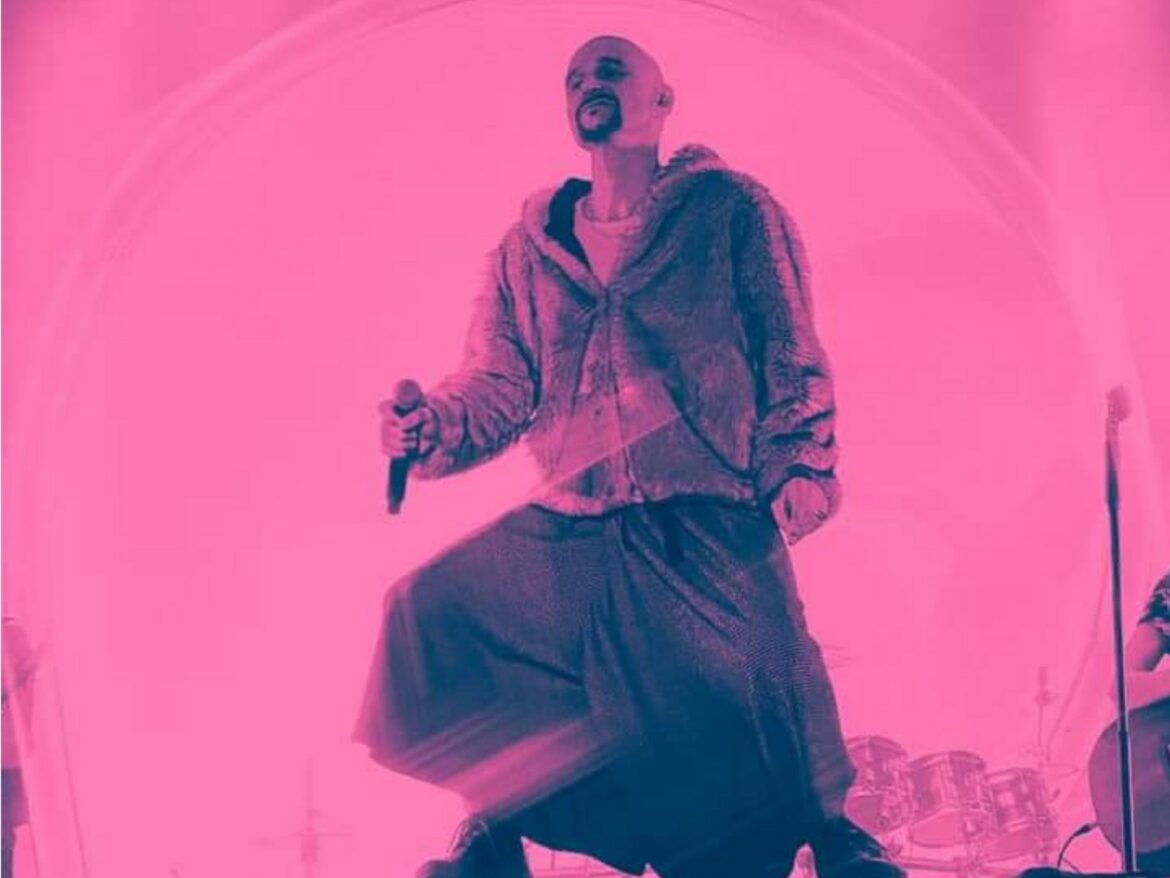 Held in the beautiful surroundings of Lancaster’s Williamson Park, Highest Point is an annual four-day music festival that kicked off last Thursday with sets from Get.Cape.Wear.Cape.Fly, Lightning Seeds and James.

Over a decade since breaking into the industry, Get.Cape.Wear.Cape.Fly (aka Sam Duckworth) opened the festival with his first set in two years. Acoustic guitar in hand, he delivered a laidback set of tracks responsible for sound-tracking the lives of indie kids everywhere. Joined by a session band of talented musicians, classic tracks such as ‘I Spy’ were given a new lease of life thanks to the addition of strings and trumpets. The crowd was a tad sparse at the start of the set due to festival-goers still coming in – luckily this wasn’t the case when it was time to close the set and they enthusiastically sang the chorus of ‘Chronicles of a Bohemian Teenager’ at the top of their voices. 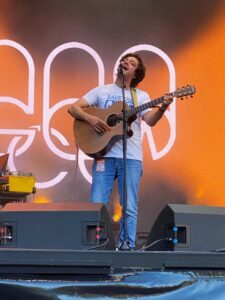 Next up were Liverpool’s finest, Lightning Seeds – peppered with hits, their set had everybody on their feet and despite being unable to play live for 18 months, frontman Ian Broudie’s vocals and guitar playing were incredibly well polished. At a festival, you’d have expected ‘Life of Riley’ to be the crowd-pleaser but each and every track received a positive reaction; from their pleasing cover of ‘You Showed Me’ by The Byrds to the catchy instrumentation of their debut single and closing track, ‘Pure’. 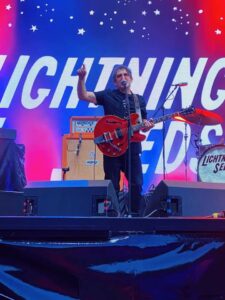 Arriving onstage slightly ahead of schedule, James launched straight into ‘Isabella’ from their latest album, All The Colours of You – with an electrifying intro and anthemic chorus, it was an idyllic choice for a festival crowd. Next up was the beautifully constructed ‘Walk Like You’ from 2014’s ‘La Petite Mort’ – led by trumpeter, Andy Diagram, it’s a track that’s changed direction in a live setting, with the addition of multi-instrumentalist Chloe Alper’s vocals. With sixteen albums under their belt, it must be a hellish experience when it comes to crafting a setlist – luckily, James are highly skilled in that area, particularly when it comes to pleasing a festival crowd and they proved this by playing ‘Born of Frustration’ next, followed by the synth-ridden, ‘Come Home’.

Next came what was potentially the stand out track of the night – ‘Wherever It Takes Us’ from All The Colours Of You. Despite its unpredictable melody and spoken word verses, the track is almost biblical, with every band member singing the chorus in a choir-like manner. The thought-provoking ‘Zero’ followed, with frontman, Tim Booth encouraging the crowd to scream along with him, letting out the frustrations of the last eighteen months. The last track to be played from All The Colours Of You was the bass-driven and infectiously catchy, ‘Beautiful Beaches’, which had the whole crowd dancing along. If any of the crowd hadn’t listened to the new album, we’re fairly certain that they went home to because each of the four tracks included in the setlist soared, perfectly demonstrating how despite being a band of such longevity, James are a band continually experimenting with their sound and challenging themselves.

The last track of the band’s set was crowd favourite, ‘Sometimes’ – featuring every member but Tim on guitar, the track always shines live and as usual, left the crowd singing for several minutes after it ended. ‘Sometimes’ wasn’t the only time in the set that members switched instruments either as included in the encore was a chaotic rendition of one of the band’s oldest tracks, ‘Stutter’, which saw Tim take over keyboardist, Mark Hunter’s keyboard whilst Mark hopped behind the drums, multi-instrumentalist, Saul Davies brought a floor drum out and percussionist, Debbie Knox-Hewson took to battering Chloe’s guitar with her drumsticks.

Last but certainly not least was the delicate, goosebump-inducing, ‘Top of the World’ – an interesting choice to finish a festival set, but with the lit-up monument in the background and a stunning violin solo from Saul, it was nothing short of perfection. Despite ‘Getting Away With It’ being their theme song and the band has recently become a nine-piece, James were truly at their best and the setlist reflected the talents of each individual member. Tim recently tweeted that due to finding their feet as a nine-piece, their setlist will be more structured than usual for the time being, but with a UK arena tour commencing in November, we have high hopes that there’ll be some huge surprises by then!