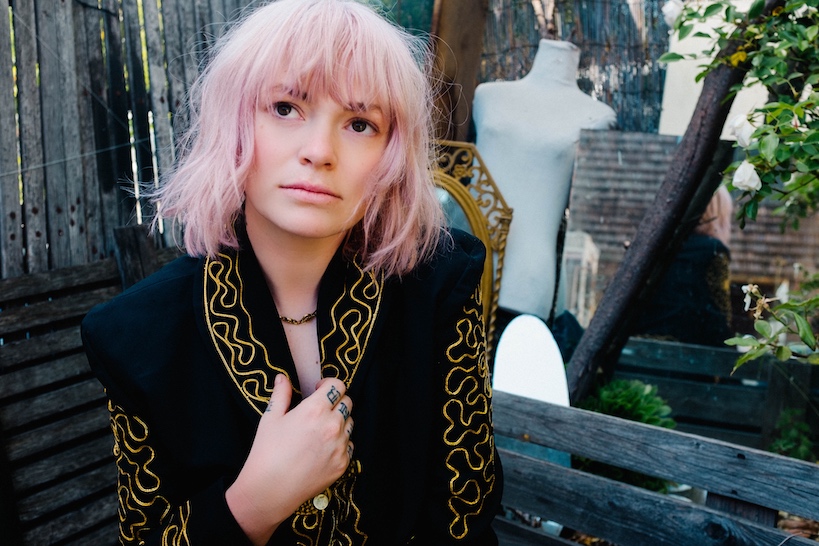 Uffie returns from a hiatus to share her brilliantly hooky brand-new single ‘cool’. The song is a groovy and full of twists and turns and marks Uffie’s first single release on Toro y Moi’s label Company Records, signaling a new chapter for her.

Juxtaposing meditative come down passages with dancefloor-ready funky baselines and synth sweeps laced with Uffie’s addictive vocals. Initially dipped in wistful doubt its snapped out of it by infectious bittersweet refrains, that are infected by the realisation that a whirlwind relationship is toxic:  “Temporary love / pockets full of fun / Life’s a disco.”

Speaking on the new track she says, “The song is about being co-dependent in an emotionally detached whirlwind of a relationship. I was afraid to stop moving at that speed, thinking there would be no ground below. So much happened on the surface that felt impressive; for me, a lifestyle of excess left me naïve, thinking there must be something deeper there. When I paused in the eye of the storm to look around, I realized it was all rooted in toxicity. Sometimes you decide to walk away, others you just say “cool” and close your eyes.”

Referencing the video, she adds “I create from a visual mind frame, and while making this piece with my co-writers Axident and Lokøy, Axident said the song sounded like the Michelle Pfeiffer dance scene from the film Scarface. That summed up the emotion entirely: being surrounded by a world of nothing but excess and how alone one can feel in it. We made the video during the lockdown, and I was worried about it feeling materialistic in a time when so many more important things were going on in the world. We chose to lean in to the pain of such an isolating time in order to understand the things that matter most, togetherness and deeper relationships between one another. I hope that it can be as strangely healing for others as it was for me.”

After finding fame in the MySpace bloghouse era with Ed Banger Records and tracks like ‘Pop The Glock’ and those killer collabs with Justice, Pharrell Williams & Charli XCX.