Alice Hubble is the musical project of Alice Hubley, perhaps best known for having previously reported for synth-pop duty with cult bands Arthur & Martha and Cosines. In her guise as Alice Hubble, Hubley has just released her second album Hexentanzplatz on the London-based boutique independent record label and grand purveyor of all things botpop, Happy Robots.

Taking its name from a plateau that lies high above the Bode Gorge in central Germany and reputed to be an old Saxon cult site where pagan celebrations took place, Hexentanzplatz (literally ‘Witches’ Dance Floor’) is an album accurately described as “dancing its way through themes of illusion, love, feminism and protest whilst maintaining glistening, 80’s synth-pop sensibilities.”

We at God Is In The TV are now thrilled to bring you the premiere of the video that accompanies the album’s title track. Created by the German illustration and animation artist Katherina Rival, the video takes the viewer on a magical journey from a modern metropolis and into a dramatic rural landscape featuring images of mountains, rivers and strong women before returning to the city from whence it had come.

The inspiration for the song came when Alice Hubble was driving through the Harz Mountains in the heart of Germany last summer and misheard the chorus lines to Michael Patrick Kelly’s then hit song ‘Beautiful Madness’, hence Hubble building ‘Hexentanzplatz’ around the refrain of “oh what a beautiful mountain.” Speaking further about the song she says “Being an eternal optimist I felt the need to write something in 2020 that was full of hope and positivity, ‘Hexentanzplatz’ is in part about the mountain, but really it’s an inclusive pop song about fighting the patriarchy.”

Here the combination of sound and image realise a collective vision of inner strength, positivity and a deep love of the natural world.

Hexentanzplatz is available on vinyl, CD and digital via Happy Robots and Alice Hubble is about to take her immersive live show on the road later this week. 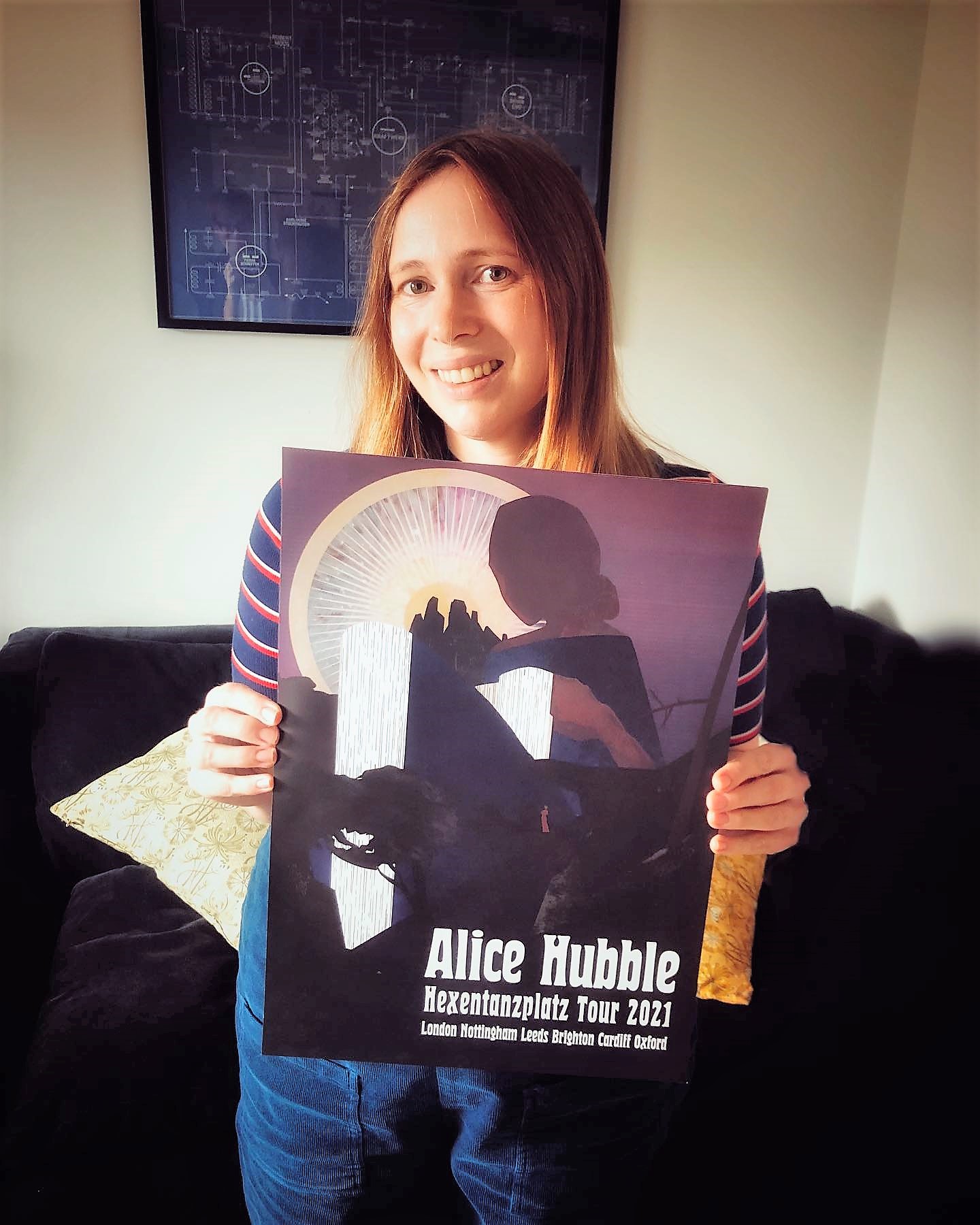