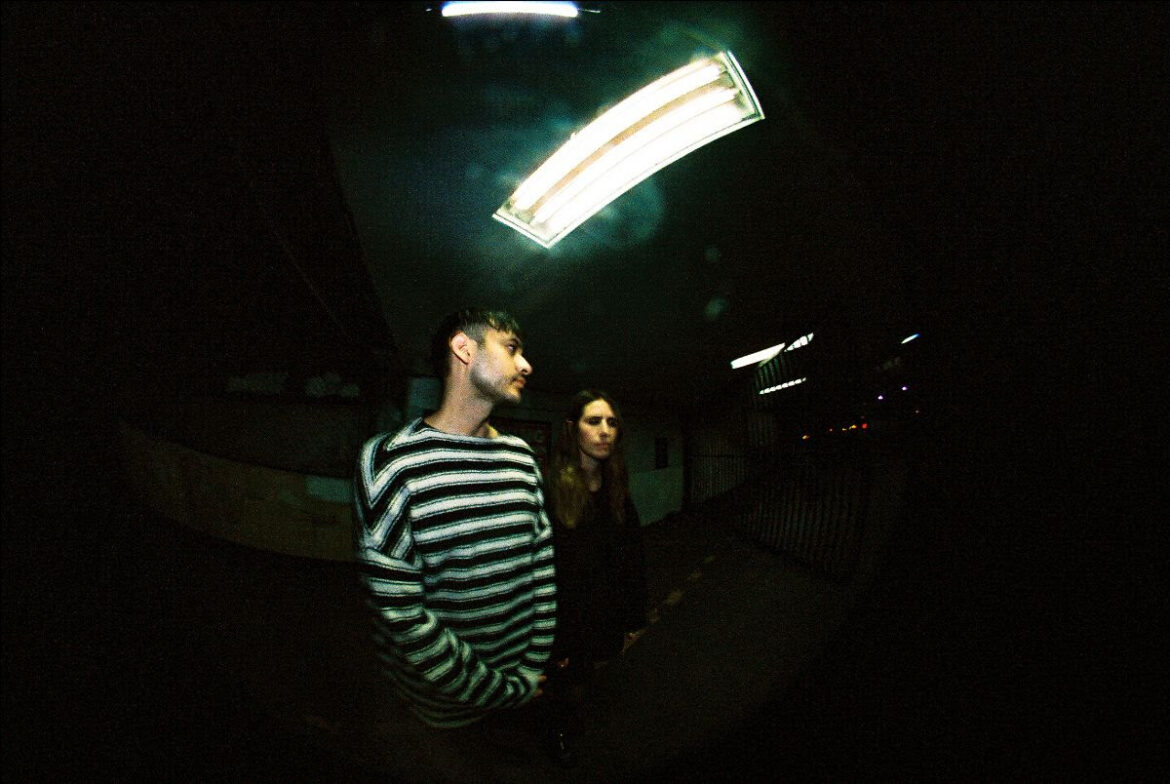 Welcome to another selection of new music for your listening pleasure chosen by Bill Cummings and Julia Mason. Don’t forget to follow our playlist for new additions every week.

Why we love it: ‘White Light’ is a meticulously crafted alt-pop song burnished with a suite of evocative synths and pattering breakbeats. Enlivened by singer Joni Mathews hushed paranoid refrains reflect an anxious world around us whilst holding onto the light of hope in the darkness. “Come on wind me up/White flowers in a cup/come on pluck me from the mud” sings Matthews evocatively amidst this gradually enveloping sound; it’s a song that ripples with comfort and an uncertain reflection on the post-pandemic future.

rosi is the project of producer and multi-instrumentalist Chris Petrosino and singer/songwriter Joni Mathews. Collaborating with Sam Petts-Davies (Frank Ocean, Thom Yorke) and Mandy Parnell (Bjork, Aphex Twin) for mixing and mastering, the pair’s debut evokes an evocative sound of Portishead, Burial and The xx.

Originally from New York, 2021 saw the pair relocate to London and embed themselves in the UK, a country that has birthed the sounds pivotal in their musical influences. ‘White Light’ is the first tantalising taste of a wider body of work from rosi, a dreamy heady record that draws influence from historic underground UK dance culture and the alternative sounds, in equal measure. (Bill Cummings)

Why we love it: London quartet Legss are currently making waves supporting Pom Poko on their tour.  They have now released their new single ‘Hollywood’, accompanied by an ambitious short film, executive produced by Mura Masa and co-written and directed by THE REIDS.

‘Hollywood’ is a dramatic track full of angular guitars and brash drums all within chopped up pacing which ebbs and flows in its intensity.  Confident and brash it is uncompromising in its ambition.  The lyrics are thought-provoking and sit on top of the complex rhythms and melodies.  And this all works to stunning effect, producing this attention-grabbing track.

Vocals/guitarist Ned Green expands the inspiration for ‘Hollywood’:  “Hollywood is a bittersweet reflection on working in the gig economy, freelancing under Dickensian conditions and blagging it into under-qualified jobs. Impish and apathetic, the turbulent structure throbs with the same scatty energy adopted by contemporary hacks. The accompanying short film, made in collaboration with THE REIDS, is not only a striking visual representation of the song’s themes but also a window into the aesthetics of our darkly comic world.”

On the evidence of ‘Hollywood’, Legss are surely well on their way to their own headline shows. (Julia Mason)

Why we love it: Technology has played a major role in allowing creatives to continue working during the pandemic.  Midnight Ambulance are no exception.  With guitarist Fraser in Scotland and drummer/vocalist Amelia in France, they crafted music in order to provide both a cathartic and creative outlet.  Their first ever gig was as support to Edinburgh’s swim school at Fringe by the Sea in August and there were audible gasps of disbelief from the crowd when they announced this from the stage as it was incredible to believe from the performance.

Their third single ‘Rust‘ was released on 8th October.  Written during the lockdown, it explores parallels in the feelings of isolation and claustrophobia experienced both in lockdown and in destructive partnerships.  Already premiered on Vic Galloway’s show on BBC Scotland, it is a passionate, powerful song with a mid-track shift in pace which demands you turn the dial up to 11.   Amelia has a glorious voice and is also the drummer, the drums being placed front and centre when playing live.  ‘Rust’ is both ominous and emotional, and the final note is a touch of detail that gives such an emotive end.  The track was recorded using vintage equipment, which only adds an additional depth to an already compelling track. (Julia Mason)

Why we love it: The Lounge Society have released their new single ‘Last Breath’ on Dan Carey’s Speedy Wunderground label.  It has a slightly different vibe to previous tracks but that only demonstrates the versatility of this band.  It’s a raucous rabble-rousing song with the whole band involved in the vocals.  Cameron Davey still takes the lead but this is absolutely a group effort.  It opens with funky percussion and quickly takes us into a party inducing chorus delivered full of energy:
“I will spend my last breath singing”

On the surface, this may appear to be a flippant party floor filler but The Lounge Society always deliver food for thought.  The quartet from Hebden Bridge has said of ‘Last Breath’: “This single means a lot to us.  It’s a symbol of defiance, of wanting to party on even as the walls close in around you.”

This is a sentiment that bands, music lovers and gig-goers can absolutely relate to after the devastating impact of the events of the last 18 months.  Returning to gigs has felt like an act of defiance as the barriers were put up to delay its return.  The joy of live music is back and ‘Last Breath’ will be sung around the country as The Lounge Society are currently in the middle of their UK tour with festival dates also scheduled including the Stag and Dagger in Edinburgh and Glasgow.

The band have been busy, returning the favour to A Certain Ratio and remixing ‘Friends Around Us’ for their album Loco Remezclada.  They are keeping good company indeed and absolutely well deserved. (Julia Mason)

Why we love it: Glasgow laptop-rock duo MEMES have released their new single ‘Heavy Night’, their first new music since the self-titled 2020 debut EP Memes.  The band produce punk-inspired laptop-rock, which in itself makes them stand out from the crowd.  Cousins John and Paul McLinden deliver infectious beats and observational lyrics which make you smile.

‘Heavy Night’ is full of edgy, fast-paced guitars and thrashing percussion that will get you moving.  Combined with the vocals it’s a snapshot of reality but seen through the eyes of MEMES who expose the often ridiculous nature of human behaviour with amusing results.  The delivery though is not preachy but mischievous and dancefloor-friendly.

Paul expands on the inspiration behind ‘Heavy Night’:
“John lives on Sauchiehall Street, which is the hub of nightlife in Glasgow. We often practice in the flat and watch the steady stream of people making their way home after a heavy night.  We see them starting their evening, clean-cut, well-dressed and in buoyant mood, then at the end, they fall out of pub doors in dishevelled, disorientated states. It’s that disintegration that became the inspiration for this song.

Like so many, MEMES had to showcase virtually at festivals this year from SXSW in the US to The Great Escape and Wide Days.  However, they now have live gigs planned during the rest of this year and already have music ready for release in 2022.  Laptop-rock is here to stay, see you on the dancefloor with a massive smile. (Julia Mason)

Why we love it: Fresh from a set for us at Focus Wales, Clwb Fuzz are back with a brooding new single. The Cardiff outfit forges a heat-seeking missile of psych frazzled riffs and skin thwacking percussion that hurtles forth like a ball of fire. “God let you lose control” they sing with a messianic howl of frustration and fury with the world. It echoes the fuzz-laden noisier face of Spiritualized with a touch of the ominous menace of early Black Rebel Motorcycle club, it adds another dimension to Clwb Fuzz’s sonic arsenal. And it sounds bloody fearsome. (Bill Cummings)