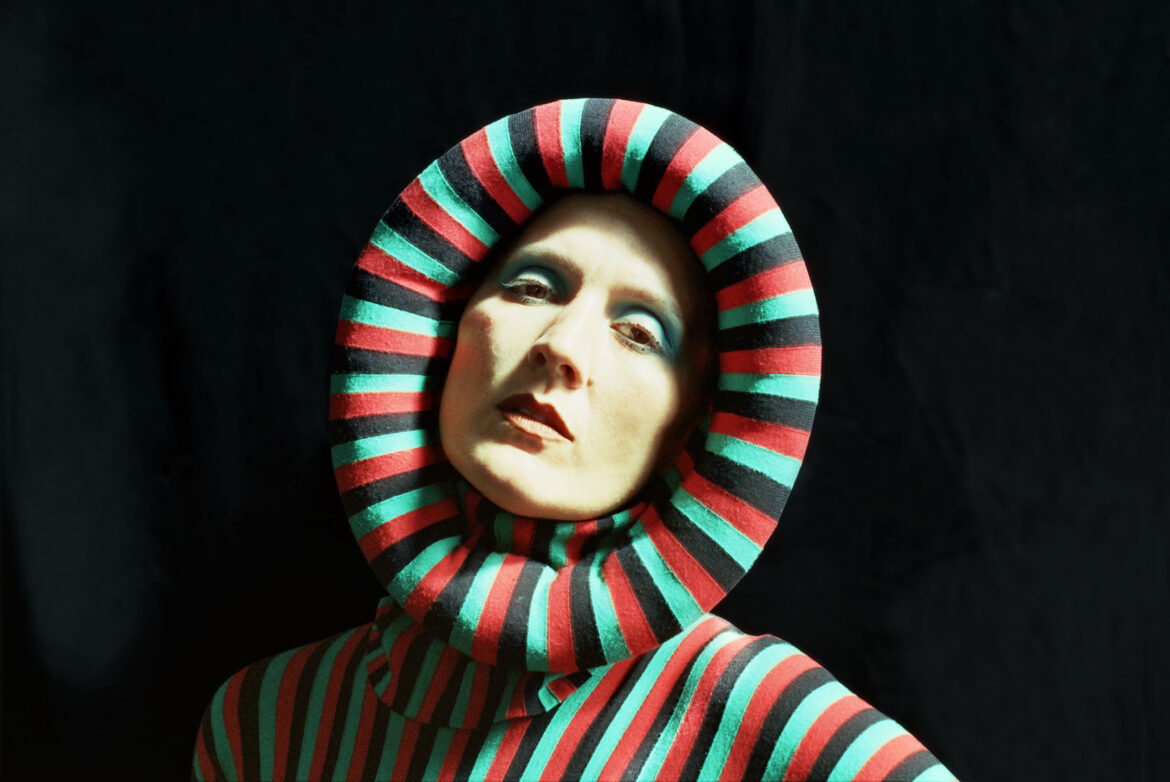 Cate Le Bon has announced Pompeii, her sixth full-length studio album out February 4th, 2022 on Mexican Summer. In conjunction, she presents its lead single/video, ‘Running Away,’ and shares dates for her North American, European, and UK tour.

The songs of Pompeii, the follow up to 2019’s Mercury-nominated Reward, “feel suspended in time, both of the moment and instant but reactionary and Dada-esque in their insistence to be playful, satirical, and surreal.” She says:

“Pompeii was written and recorded in a quagmire of unease. Solo. In a time warp. In a house I had a life in 15 years ago. I grappled with existence, resignation and faith. I felt culpable for the mess but it smacked hard of the collective guilt imposed by religion and original sin.

The subtitle is: You will be forever connected to everything. Which, depending on the time of day, is as comforting as it is terrifying. The sense of finality has always been here. It seems strangely hopeful. Someone is playing with the focus lens. The world is on fire but the bins must go out on a Tuesday night. Political dissonance meets beauty regimes. I put a groove behind it for something to hold on to. The grief is in the saxophones.”

Songs built for Now miraculously germinate from Le Bon’s interests in antiquity, philosophy, architecture, and divinity’s modalities. A global pandemic plus climate emergency’s colliding eco-traumas resonate all too eerily. “What would be your last gesture?” she asks.

But Pompeii reaches past the current crises to tap into what Le Bon calls “an economy of time warp” where life roils, bubbles, wrinkles, melts, hardens, and reconfigures unpredictably, like lava—or sound, rather.

Written primarily on bass and composed entirely alone in an “uninterrupted vacuum,” Le Bon plays every instrument (except drums and saxophones) and recorded the album largely by herself with long-term collaborator and co-producer Samur Khouja in Cardiff, Wales. Enforced time and space pushed boundaries, leading to an even more extreme version of Le Bon’s studio process – as exits were sealed, she granted herself “permission to annihilate identity.”

Lead single ‘Running Away‘ is accompanied by a video, directed by longtime collaborator Casey Raymond and recorded in The Factory in Porth, Wales. It features Le Bon alongside saxophonist Euan Hinshelwood. A tale exquisite in nature but ultimately doomed (The fountain that empties the world / Too beautiful to hold), escapism lives as a foil to the outside world.